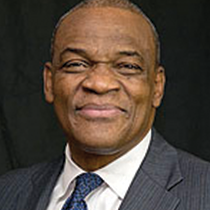 Be faithful in the basics of what your child needs from you. Start with spending more time with him or her.

Tim is a big, tough-looking guy, but he was in tears as he told me this story. It might seem rather ordinary to you, but for this dad, it was course-changing.

Tim’s son, in his twenties, called one day pretty distraught because his longtime girlfriend had broken up with him. We know how traumatic that can be.

Tim did pretty much what a good dad should. He listened and then tried to encourage his son, reminding him that “Life will go on and you’ll be fine—even though it doesn’t seem that way right now.” He talked about finding new, positive activities to fill some of the time he’d been spending with his girlfriend. He even told a few stories about breakups from his own college years.

A few minutes after they hung up, Tim texted his son. Something like: “I believe in you, Son. I know you’ll be fine.”

The son sent back a text that meant the world to Tim: “Thanks, Dad.”

Now, what made that interaction so powerful?

Well, Tim had not been a highly involved father when his son was younger. He was focused mostly on his job, and he’d dropped the ball in many ways. And now he had regrets—a lot of things he would change if he could go back.

So, just the fact that his son called him at a time like that was huge. And then to see evidence that his efforts were appreciated and might have made a difference for his son … that was overwhelming for Tim.

Through that phone call and text, Tim was coaching his son in important ways. It didn’t take anything extraordinary, but he tasted some of the joy and satisfaction that comes with responsible fatherhood. He was there and he was faithful in the basics, and that’s what it’s all about! That’s how we make a difference for our children and for other kids we know.

So, dad, if you’ve spent some time chasing other things … if you have some regrets about not being there in the past … if you’ve missed some opportunities with your kids for any reason … be encouraged by this. Like Tim, you might be surprised to see that your kids still need you and benefit from your presence, your love, and your coaching.

Stay involved. Be ready for that opportunity. Be faithful to do what your children need. And maybe you, too, will hear those wonderful words, among the greatest words a man can hear: “Thanks, Dad.”

1. Tell your child, “Thank you for just being you.”

Be faithful in the basics of what your child needs from you. Start with spending more time with him or her.

Holding to the Truth - A Family Devotional
Josh McDowell

Is It Possible to Love Your Child Too Much?
Dr. James Dobson