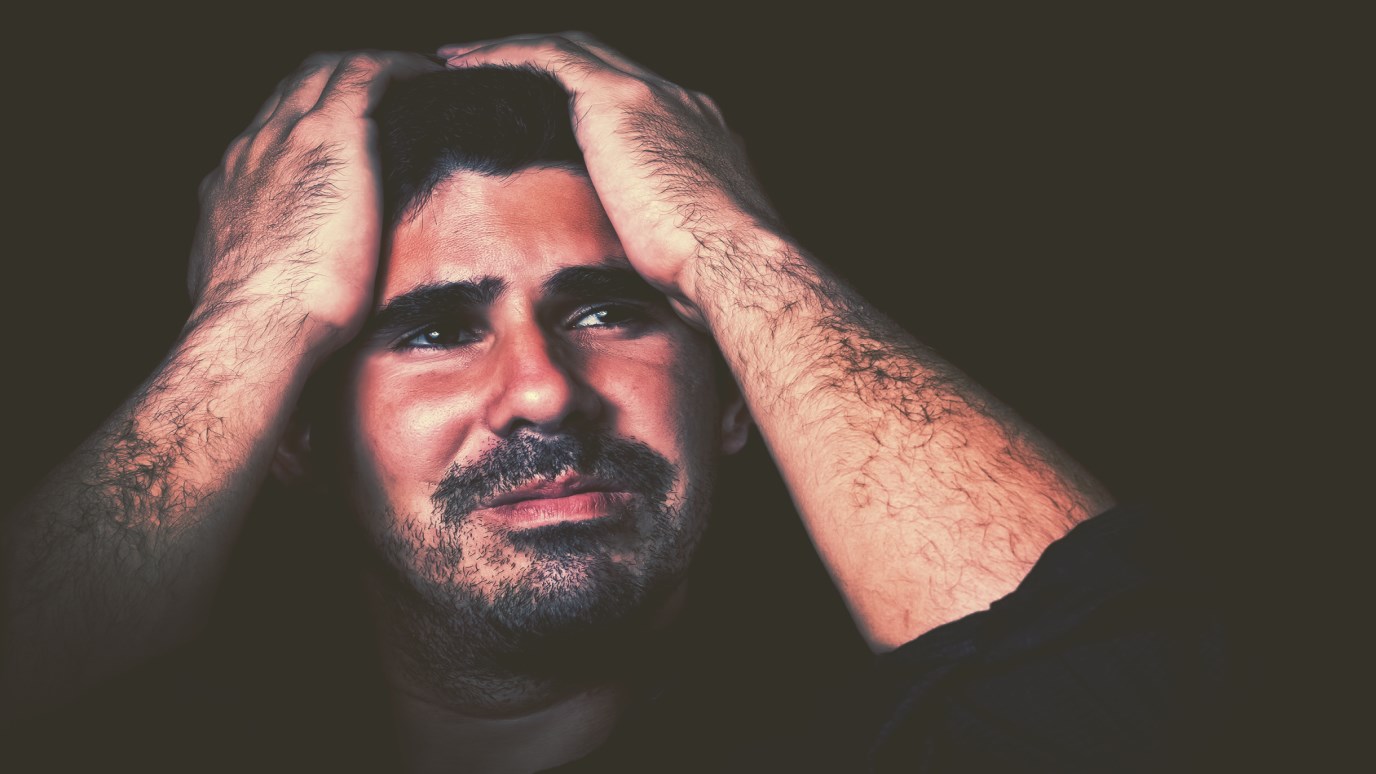 Andrew experienced the hopelessness of seeing the dreams for his own life shattered, but Jesus had better dreams in mind.

Until I met Jesus, I only loved one thing – music. Music was going to make me rich and famous. It was going to save me and make me something special.

I was a child of two divorces and grew up in a fatherless home as a teenager. I rejected church and Christians because of my experiences. I thought they were brain-washed and hypocritical. God didn't fit into my reality: the world was a dark place left to its own devices. Music was my outlet to express myself and get attention.

One word kept coming into my mind over and over again - surrender.

One evening after being in the recording studio, I got a call from an old "hook-up" telling me I had a two-month old son. My world abruptly changed. I had a new personal mission: to be the dad I never had.

We bought a house, got engaged, and I put my heart and soul into raising my son, Bentley. However, despite our efforts, we couldn’t make our relationship work. I failed. It seemed neither music or fatherhood could bring me value and self-worth. I tried to commit suicide, twice. But the Lord had other plans.

I met another woman about six months later. We dated for a while, got engaged, pregnant, and then married. We had my second son, William. "He was my second chance," I told myself. "Maybe this time I would get it right." But after being married for a little under five years, I discovered my wife was having an affair.

I took William and left, but I wasn't ready to give up. My son needed a family - not broken pieces of one.

A co-worker invited me to NewSpring, and I asked my wife to come. Instantly, I knew this church was different and special, but I was still skeptical. I tried to change to be a better person - the person my wife wanted.

But after an argument about the affair, I hit rock bottom: she lied and told the police I abused her, and she feared for her life. So I went directly to jail. She had temporary full custody of my son, our home, and my belongings. I had nothing.

For 17 hours in jail, all I did was think and re-examine my life. Nothing I had done up until this point was working. I could control nothing. One word kept coming into my mind over and over again - surrender. So I did just that, and I asked Jesus into my life. Almost instantly, my life changed.

I went back to NewSpring the following Sunday with family. During the service, I came to understand who Jesus Christ is and why I need him. I was born broken. It wasn't because of my lack of father that I felt empty. God is my eternal Father! He is the only perfect example I could ever have in my life.

For weeks, I did nothing but work, come home and study the Bible, all the while growing closer to Jesus. I also started taking walks with my sister to reconnect with her, and to get out of the house. Two days after I was baptized, my sister invited her friend, Brittany, to come walk with us.

Brittany was a Christian and single. There was an instant spark. I knew Jesus brought her into my life for a reason. I invited her to NewSpring, and we started spending all of our time together: growing closer to each other as we both grew closer Jesus.

Almost three years later, I am married to this amazing woman, and we now have a child of our own, Piper. I have joint custody of William, and I get Bentley every-other weekend.

Jesus has poured down his blessings on me. Brittany and I are putting God first in all areas of our life. We are following Jesus and trying to become more like Him. And I am now on staff with NewSpring at the Spartanburg Campus as the Next Steps Pastor. I am living proof that when you surrender and trust Jesus, He brings unbelievable blessing in unexpected ways.

Moving From Grief to Grace
Susan B. Mead

He’s Working EVEN THIS Together for Your Good
Patricia Holbrook