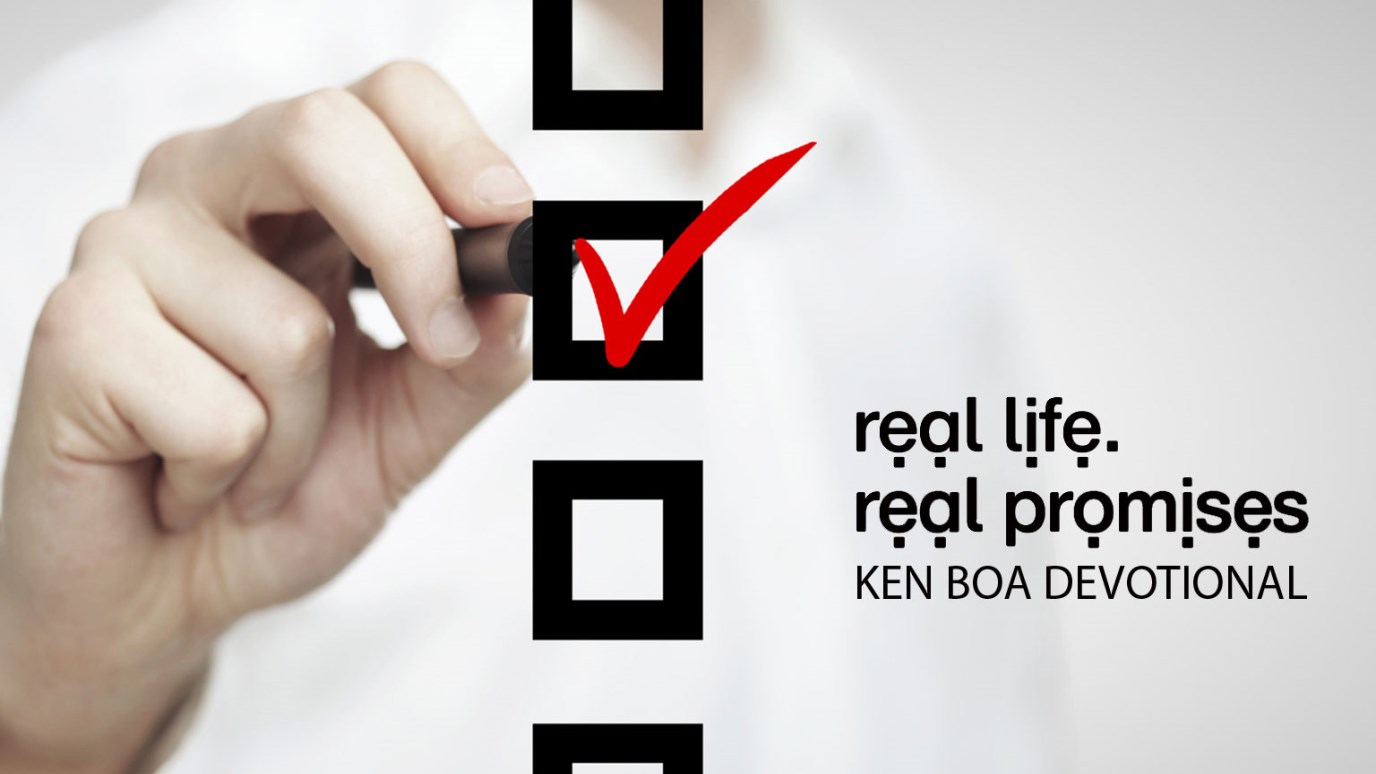 Some people believe life would be simpler if only we had fewer choices.

Some people believe life would be simpler if only we had fewer choices. The answer to this quandary is that many choices (temptations) we wrestle with should not be choices at all. Life is actually less complex when we act according to our commitments. God, who always keeps his commitments, demonstrated this with the nation of Israel.

In Genesis 12, God began making promises to Abraham. The central thread of these promises was that Abraham’s descendants—those descended both from his loins (physically) and his heart (spiritually)—would be the recipients of God’s love and blessings. The promises were made to Abraham and repeated to all his descendants. For three generations, things looked promising. Then, from the fourth generation on (the children and descendants of Jacob), the to-be-blessed descendants of Abraham resembled anything but a blessing. Their feet were stuck in the miry clay of Egyptian brick-pits, and their backs were striped from the lashes of Egyptian whips. “If this is a blessing, who needs curses?” they thought. They were not a very attractive people at this point in history. Hundreds of thousands of demoralized and dejected people (badly in need of de-lousing!). And after 400 years of slavery (about 10 more generations of Abraham’s descendants), God’s promises of blessing probably didn't seem very attractive either—if they were remembered at all.

But then God “visited and redeemed his people” (in the words of the Anglican Benedictus) from slavery. Why did he choose to redeem such a mud-caked and crusty people? Weren't there other tribes or nations with whom he could have made a fresh start with far less trouble? Moses explained why: “Because the Lord loved you and kept the oath he swore to your forefathers” (Deuteronomy 7:8). God, to be true and faithful, had no choice. He had given his word to father Abraham.

If we live like God lived toward Abraham and his physical and spiritual descendants, life becomes much simpler—we keep our commitments and our promises. What used to be choices now become chances—chances to be like God, faithful in word and deed.

God’s Promise to You: “My love toward you is based on my promise, not your performance.”