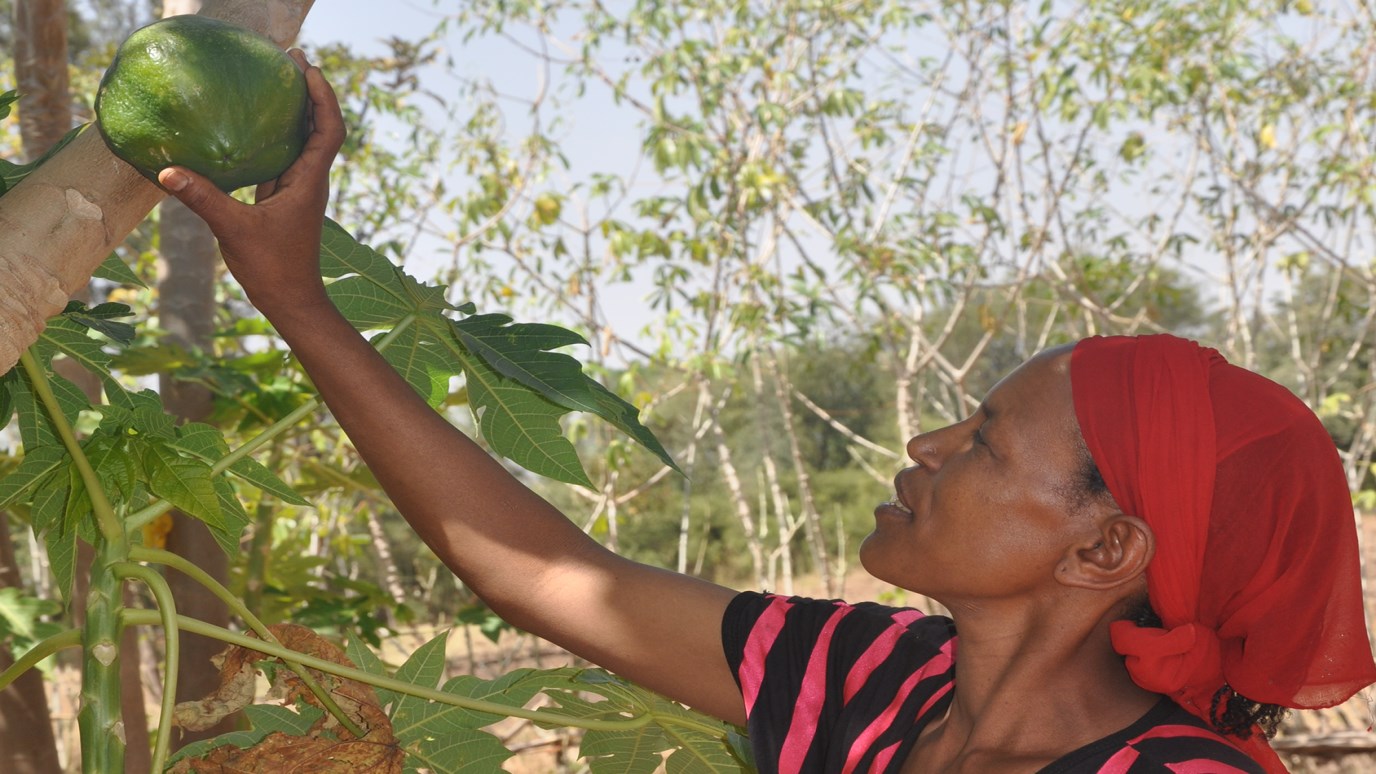 An ancient agricultural practice is restoring productivity to barren lands in Ethiopia.

For years, Aster Tantu and her family were hungry for six months each year.

Their 2.5 acres of land near Humbo, Ethiopia, yielded just 440 pounds of corn each year — not nearly enough to feed the family, let alone sell for income during the lean season.

Now her life and land are vastly different now, thanks to an ancient cultivation method World Vision and forest management committees revived in her area. Farmer-Managed Natural Regeneration (FMNR) has helped Aster and thousands of Humbo residents rehabilitate more than 6,600 acres of barren land since 2006.

Humbo’s forest grew back so well, it became the first community in Africa to earn United Nations-administered carbon credits, capturing thousands of tons of carbon dioxide. The credits generate about $70,000 per year for Humbo.

“I and many of our villagers have been able to have enough food on the table, send our children to school, and even breathe cold air, as the area has become more and more cool,” Aster says.

Once a lush jungle, the land surrounding Humbo had become barren in recent decades from unrestrained hacking of trees for charcoal, firewood, and furniture.

Without the protection offered by trees and ground vegetation, the soil eroded, and runoff flooded low-lying areas. Farmland was blanketed with silt and boulders. Agricultural production in the area fell by 70 percent.

Trees no longer broke up soil to allow water to descend into underground aquifers, threatening groundwater reserves for 65,000 people.

Communities around the world have a similar story.

“It makes me very sad because, unlike natural disasters or some conflict situations, poverty and hunger caused by environmental degradation is totally avoidable and occurs over long time frames,” says Tony Rinaudo, World Vision’s research and development specialist on climate and natural resources.

But within a couple of years of teaching farmers how to manage the land with FMNR, soil fertility was restored, water sources rejuvenated, the weather cooled, wildlife returned, and families doubled their crop yields or more.

“What’s needed, much more than a technical innovation or an injection of large amounts of funding, is simply a change in the way people manage the land,” Tony says in a video interview featuring Humbo’s success. “And understanding that everything that people need to restore the land is already there.”

The success in Humbo has led World Vision to teach communities these methods in 20 countries. Farmers who once struggled with insufficient harvests now reap abundant benefits through patient, thoughtful stewardship. And they’re naturally teaching their friends and neighbors these practices.

A simple, timeless concept has become a tool for farmers to achieve their aspirations of raising their children to be healthy, educated, and good stewards of the land.

“People want a better life for their children,” Tony says. “It frees them from being hopeless victims of poverty and climate change. In many ways, it restores their dignity.”

Pray for the Thirsty
World Vision