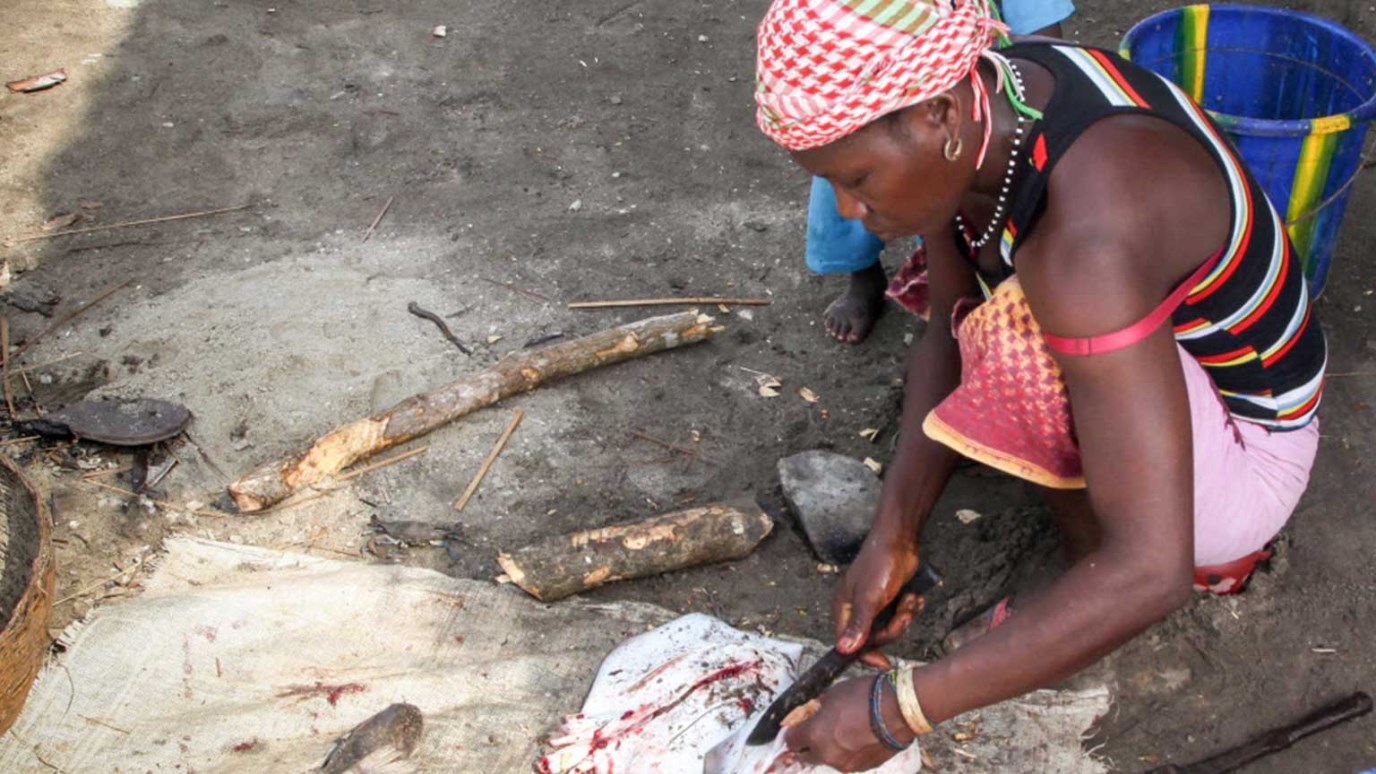 A woman living on Bonthe Island, Sierra Leone, cleans fish for a meal. Islanders have been cut off from the mainland to prevent transmission of the Ebola virus.

Travel restrictions protected people in Bonthe from the disease, but cut them off from vital markets. The sandy soil in Bonthe won’t grow rice or other staple crops, so people traditionally survived by selling fish and buying the other foods that they need. Since the travel ban in May 2014 their health has suffered and some children show signs of malnutrition.

Chief Foday Challay of Mobonie village says, “We don’t have Ebola here. Hunger is our Ebola."

World Vision has distributed rice, yellow split peas, fortified cereal, and cooking oil to thousands of island families, in cooperation with the World Food Program. Bags of food were airlifted by helicopter and dropped on the beaches.

World Vision helps the communities to organize themselves to collect the bags of food from the beach and store it in public buildings so that it can be distributed equitably among the whole community.

The Ebola outbreak is affecting employment and food security in Liberia and Sierra Leone. Both countries are losing jobs faster than they can create them as the Ebola outbreak takes an economic toll on families. Indirect effects of preventative measures to restrict the spread of Ebola, such as closing schools and prohibiting public gatherings, are considered the major causes for the downward jobs trend.

Pumped!
World Vision
Follow Us
Grow Daily with Unlimited Content
Uninterrupted Ad-Free Experience
Watch a Christian or Family Movie Every Month for Free
Early and Exclusive Access to Christian Resources
Feel the Heart of Worship with Weekly Worship Radio
Become a Member
No Thanks