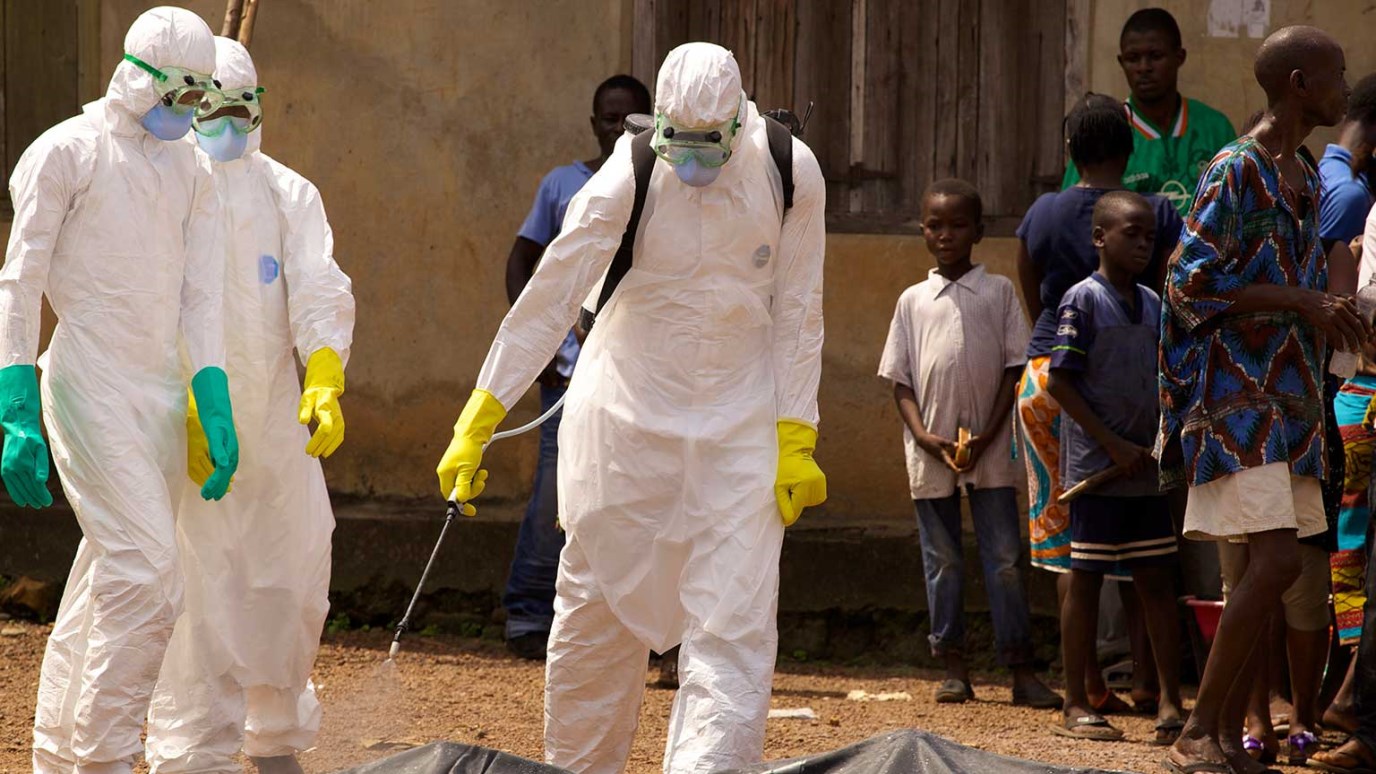 A World Vision burial team disinfects the body of an Ebola victim in Sierra Leone, while community members hold a Christian burial.

In November 2014, World Vision teams provided more than 750 safe and dignified burials in response to the Ebola outbreak.

The 2014 Ebola outbreak that hit West Africa is the worst since the disease was discovered in 1975. The World Health Organization’s official death toll topped 6,388 on Dec. 10, 2014, as governments and international aid agencies worked to control the spread of the virus. It’s especially bad in Sierra Leone and Liberia, which have seen 87 percent of the cases and 77 percent of the deaths.

Aid agencies and governments have ramped up their coordination to contain the outbreak through efforts such as providing community awareness training and equipping medical and burial teams.