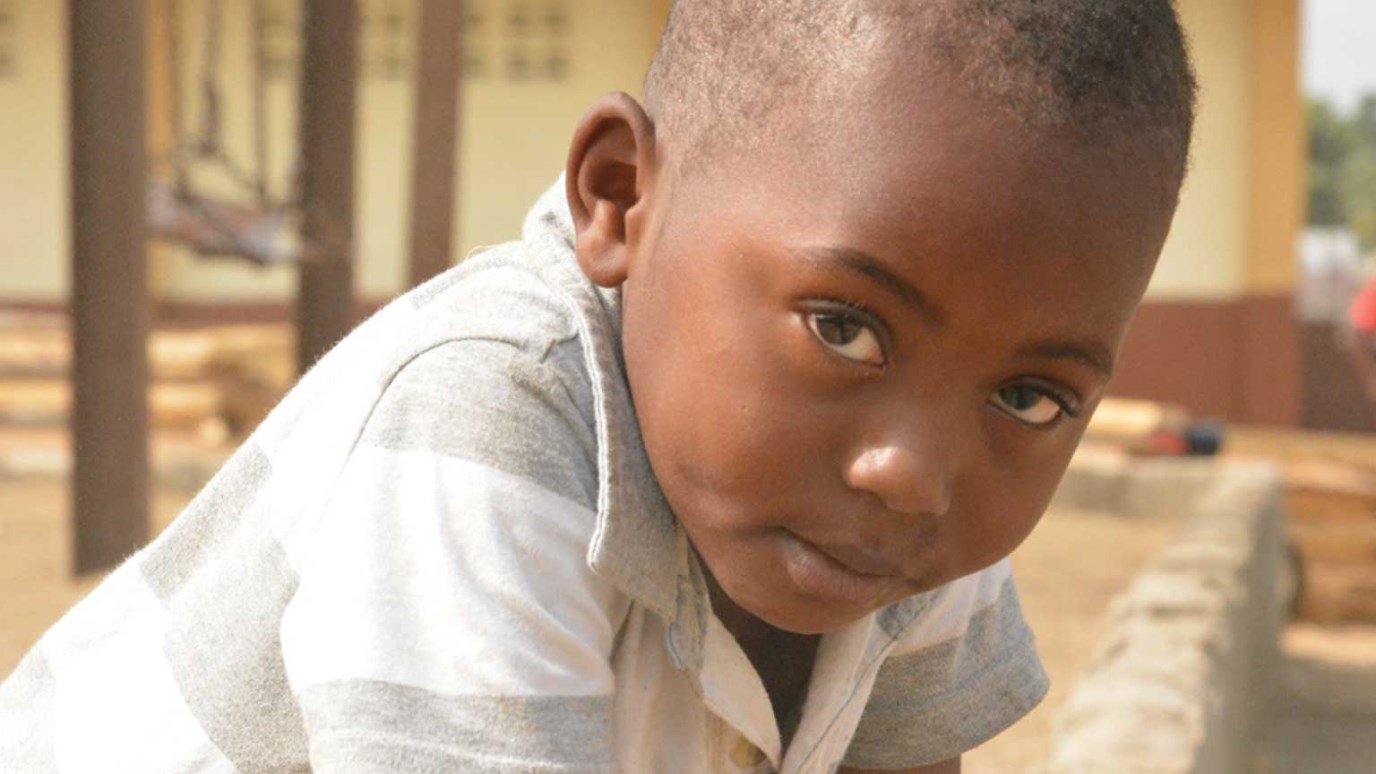 Samuel lives at a government-run interim care center in Bo, Sierra Leone, where orphans and children recovering from Ebola are cared for and protected until they can be reunited with relatives or extended family members, or placed in foster care.

He is among an estimated 3,500 children in Sierra Leone who have lost one or both parents to Ebola.

"Samuel remembers that he and his mother were at the same treatment center,” says Forray Alpha, coordinator of the interim care center. “But he is yet to find out about his parents, especially his dad, who he was so attached to.”

World Vision, along with other aid agencies, is supporting interim care centers for orphaned and unaccompanied children, providing food and clothing, and refurbishing water and sanitation facilities. World Vision also trains local groups to conduct follow-up home visits to make sure vulnerable children are safely reintegrated into their community.

Samuel Jr. has found a friend in nurse Alima Koroma, 29, a young mother who is also an Ebola survivor. As a survivor of the disease, Alima is immune to Ebola.

“I am so fond of him,” she says. “He has lost both parents and it is not easy for a child his age.”

Alima says that Samuel and the 28 other children at the center sometimes show signs of stress. ‘’Samuel is sometimes naughty, and he cries a lot and talks about going to see his parents,” she says. “But I am here to encourage him.”

Samuel’s also has a best friend among the children in the center, 4-year-old Bernard Forray. Both boys are Ebola survivors. Bernard also lost his father, although his mother survived. Bernard will soon be reunited with her.

When it is time for Samuel to leave the orphanage, he may be placed with his aunt, Betty Batty, and her husband, Samuel Sr.’s older brother.

‘’I would gladly embrace the idea of Samuel staying with me. He has nowhere to go; he is my son now,” she says. “Even before his parents’ death, I was so fond of him. I will do my best to keep him happy.”

Samuel Batty Jr. is fortunate to be surrounded by the loving care of adults. With time will come the hard knowledge—his parents aren’t coming back to get him.