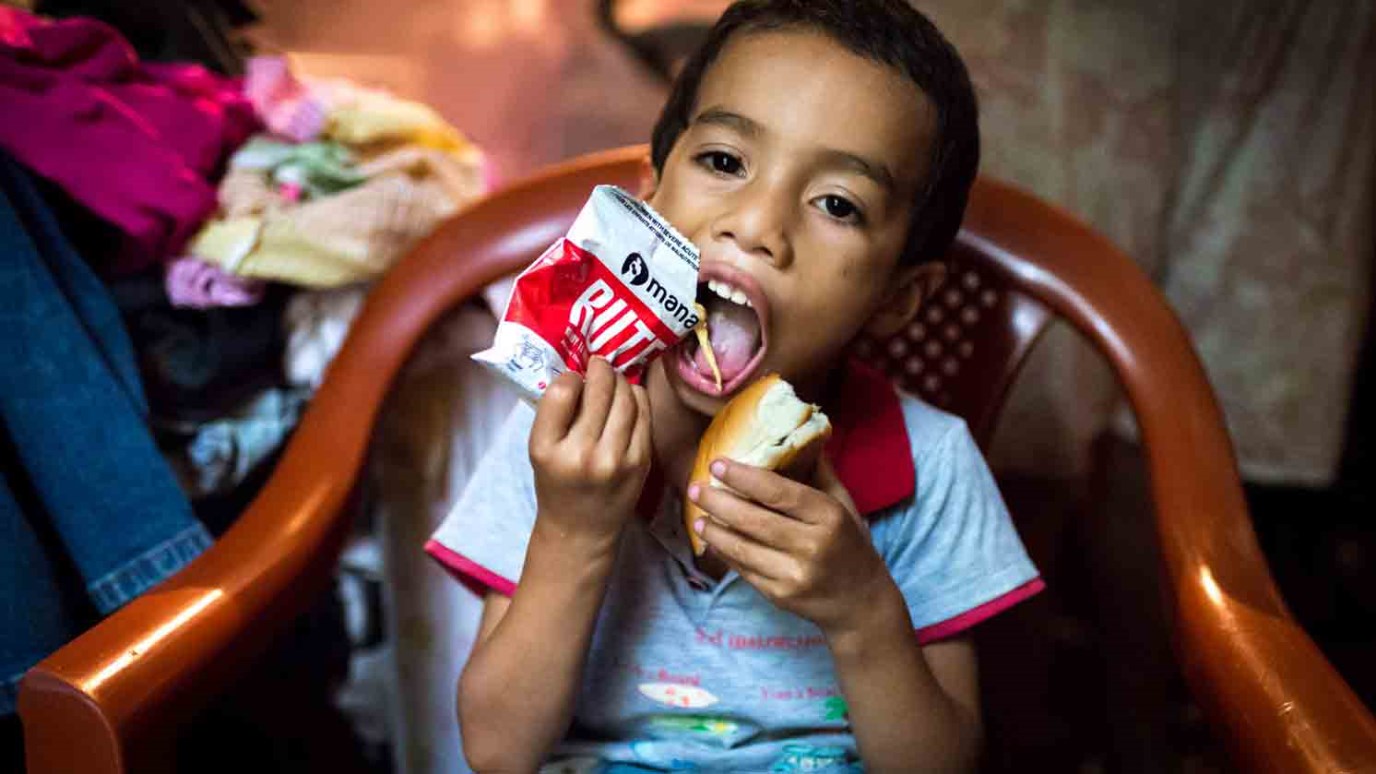 At his first evaluation, Anthony weighed only 22 pounds. Now that he gets Ready-to-Use Therapeutic Food treatment (RUTF) from World Vision, his weight and health have improved.

“I felt worried. I felt bad in the beginning because I didn’t understand why he was underweight,” says Anthony’s mother, Ana. “Sometimes he was just lying in bed, not willing to play, and he didn’t want to stay in school. He was just crying.”

Through World Vision’s health monitoring program, Ana was given a six-week treatment of RUTF for Anthony.

After he had been eating the fortified peanut butter paste for three weeks his weight was on the upswing, extreme fatigue was a thing of the past, and hope was now part of his future.

“It [RUTF] is good, but I like it with bread,” says Anthony.

To help Anthony sustain a healthy weight, World Vision encouraged Ana to join a mother’s group where she lives in Cocibolca, Nicaragua. There she learned to cook new nutrient-rich meals.

In these groups, mothers learn to cook with more nutritious—and less expensive—ingredient­s, such as soybeans and fresh vegetables, grown in community gardens.

Adapting recipes with nutrient-rich items, such as soybeans, is one way World Vision helps reduce chronic malnutrition. “When they [children] come to the Common Pot mother’s group, they get a better diet,” says Francisca, the guide mother of one group.

“Now I can see that he’s playing,” says Ana. “I have seen that he likes school and likes to do his homework.”

Anthony also has an 8-year-old brother and 9-month-old sister. Ana, 22, has no job. Espinoza, Ana’s mother, works as a maid to provide for the family. She earns about $4 a day.

“I’d like to become a doctor,” says Anthony. “When people get sick, then I can help.”