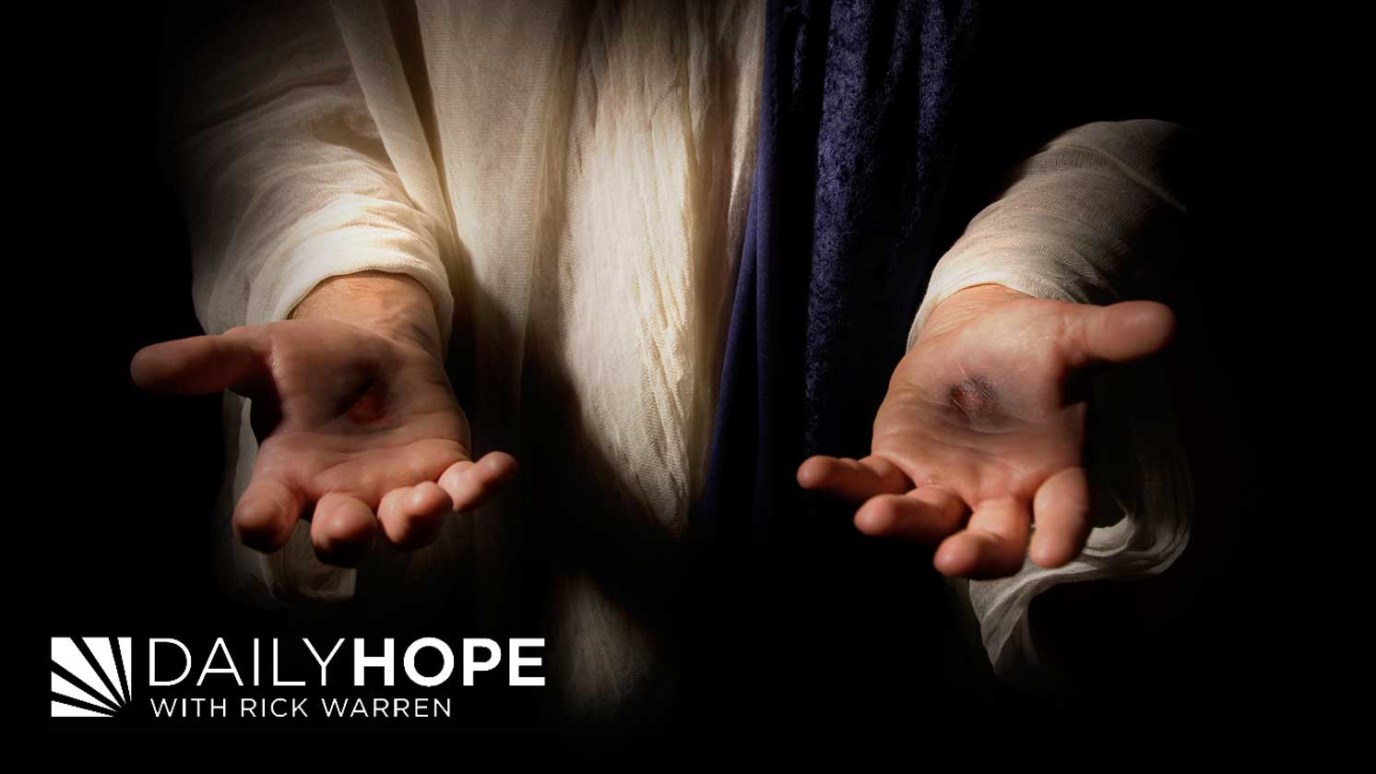 It is important to remember that Easter is not a memorial to a good religious teacher who lived 2,000 years ago. It is a celebration of the fact that Jesus is alive today!

"The Good News is about his Son. In his earthly life he was born into King David’s family line, and he was shown to be the Son of God when he was raised from the dead by the power of the Holy Spirit. He is Jesus Christ our Lord” (Romans 1:3-4 NLT, second edition).

Although we study the passion of Jesus, his death on the cross, Easter is a celebration of his Resurrection: God brought Jesus back from the dead, proving he’d broken the power of sin and death.

After Jesus died, they took his body down and put him in the tomb, and a giant millstone was set in front of the cave. The religious leaders, worried that Jesus’ body might be stolen, asked for Roman guards to be posted in front of the tomb. They didn’t want him coming out!

But of course, he did.

You know the story. But it’s important to remember that Easter is not some memorial to a nice, good religious teacher who lived 2,000 years ago. It’s a celebration of the fact that he is alive today!

I’m living proof — and so are the approximately 1 billion Christians who celebrate Easter. Jesus “was shown to be the Son of God when he was raised from the dead by the power of the Holy Spirit. He is Jesus Christ our Lord” (Romans 1:4 NLT, second edition).

Easter is the Good News about God’s Son, Jesus Christ our Lord, who came to Earth as a human baby, born into King David’s royal family line. Four historical records say that after his Resurrection he showed himself to 500 people at one gathering.

Can you imagine witnessing his death and then seeing him walking around Jerusalem three days later? What an amazing thing!

When Jesus was hanging on the cross, the skeptics and critics mocked him and said, “If you’re the Son of God, why don’t you just pull yourself down from that cross? Why don’t you just come down and show that you’re really God?”

Jesus had something more spectacular planned. He said, “I’m going to let you bury me for three days, and then I’ll come back to life to prove that I am who I say I am.”

How Do I Get Through Life's Darkest Days?
Pastor Rick Warren

Why We Should Respond with Grace
Pastor Rick Warren