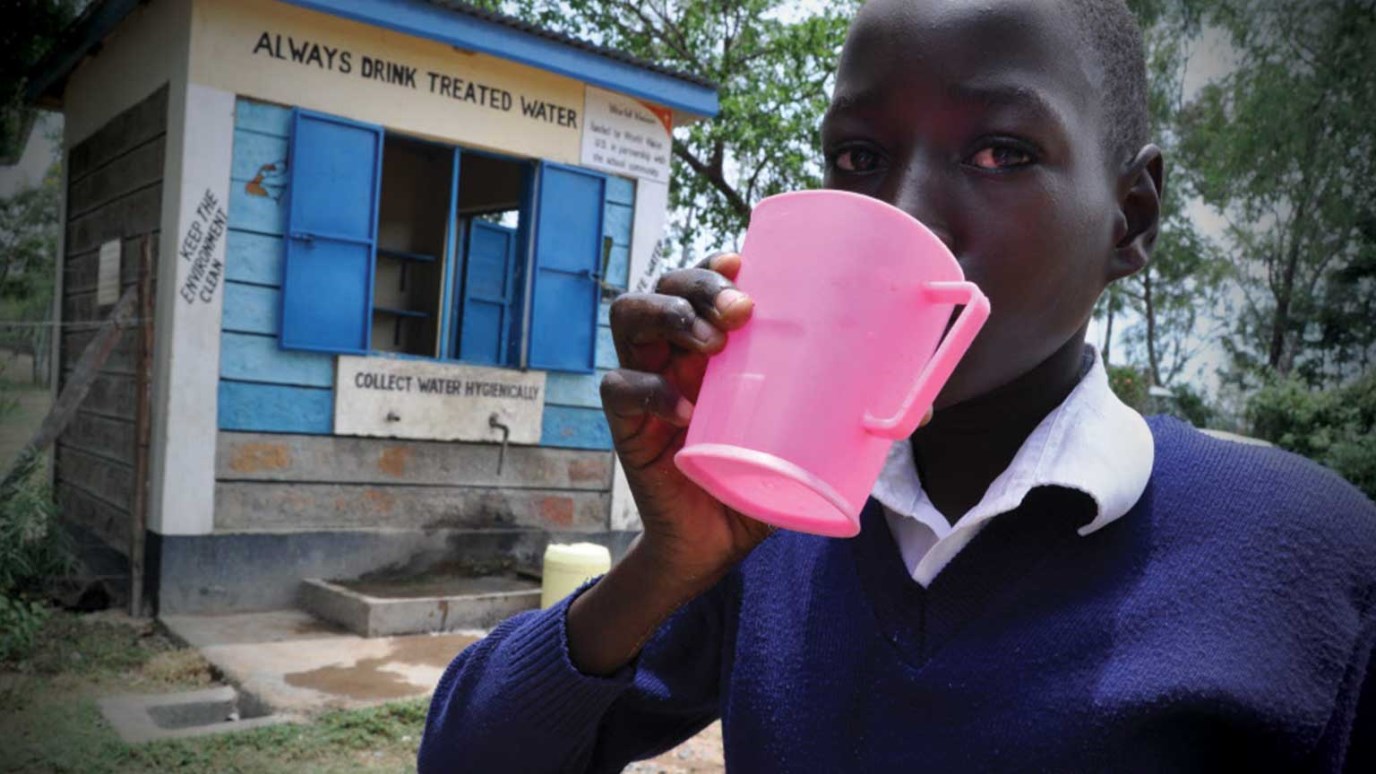 Elton James Odiwuor, 11, drinks fresh water from a solar-powered water system in his village in Kenya.

Where James lives is prone to flooding, which contaminates streams and ponds like the one where James collect buckets of water to take home. People were often sick after drinking, cooking and washing with the dirty water.

In 2013, World Vision installed solar powered water system in Ragen, Kandiege and Oremo villages. Things have since changed then.

James recalls swimming in Harambee Kaeli Pond and then scooping up the same water in a bucket to bring to his grandmother, who he lives with. The journey to and from the pond took him 45 minutes. He got up at five in the morning and made four trips to the river to have enough water for the day.

"I was often late for school, and the teachers usually punished us," James says.

With the development of the Ragen solar water project, James now has little to worry about.

"It takes me only 20 minutes to reach the water. The water is pumped faster, especially when there is much sunlight, and so we don’t stay at the water point long," he says.

In 2012, before the installation of the water point, James suffered from diarrhea after drinking water from the pond without boiling it first. He spent three days in the dispensary.

"Since we got this clean water, none of us has gotten sick from drinking it," says James.