Dreams of Soccer and a Better Life 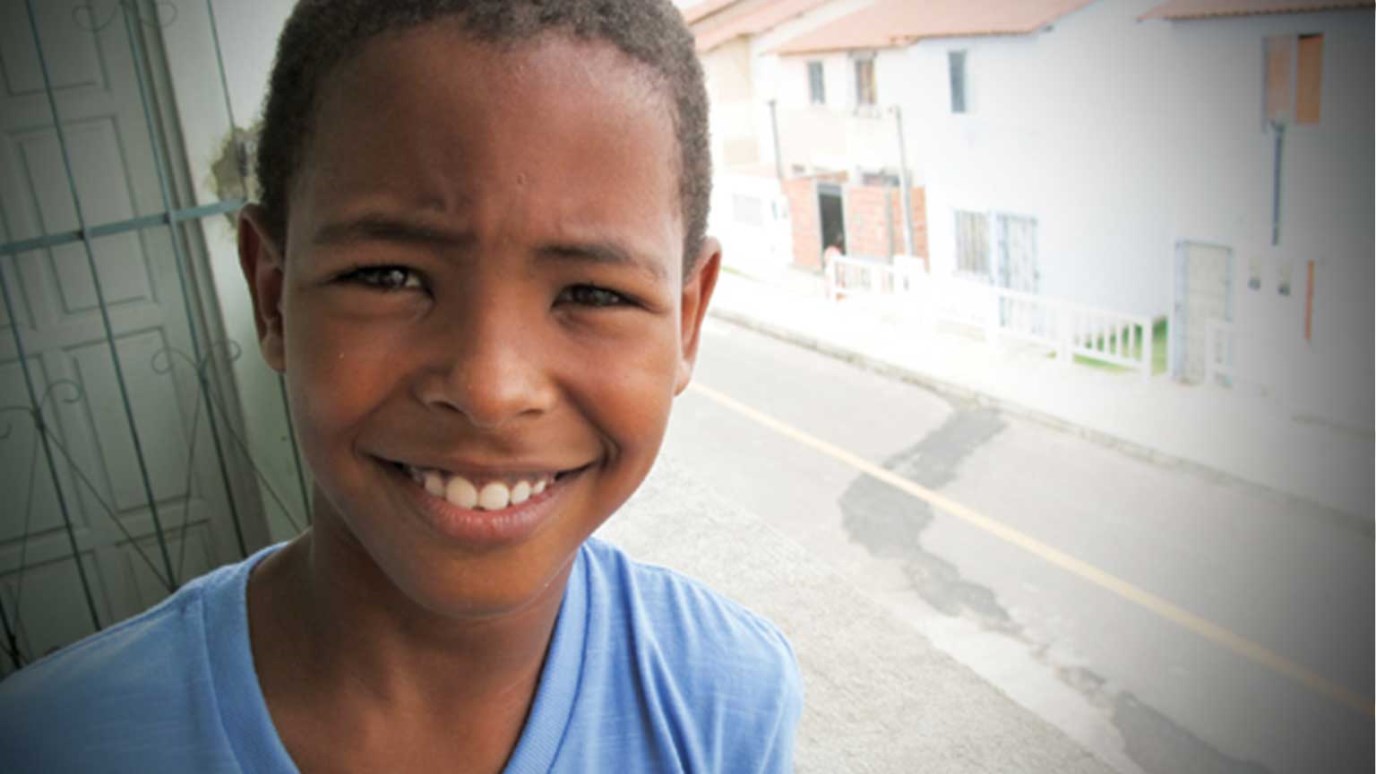 Márcio lives in Salvador, the most violent city in Brazil. By incorporating activities like art, music and sports – like soccer – into school curricula, World Vision encourages children to stay in school and off the street.

In Brazil, World Vision works with many children, like Márcio, who come from a background of violence. By incorporating activities like art, music, and sports – like soccer! – into school curricula, World Vision encourages children to stay in school and off the street.

A bed and a video game are the presents that Márcio dreamed of having last Christmas. With an infectious smile and a curious look, this 10-year-old boy is attentive to details and interested in learning about new things, such as the camera that snapped his picture.

He also can’t wait to start participating in activities through World Vision’s Okan Erê community in Salvador, Brazil. There, he’ll be able to play football (soccer), learn how to read, and take music lessons.

Márcio is eager to be part of a football team, the sport that his paternal grandmother keeps him from practicing. "My grandmother does not let me play, and then I'm indoors. I do not like being alone at home,” he says, dejected.

Now, thanks to World Vision, he will spend his afternoons doing different activities that will help his social and physical development. "I'm not alone anymore in the house," Márcio says, celebrating. He strongly believes that he will learn many things in the new community and adds, "I believe in that with faith in God."

Though he goes to school, Márcio can’t read or write, but he doesn’t hide his desire to learn and has revealed that his teacher only teaches those students who learn fast. Those with learning difficulties, like him, are left behind.

His cousin, Manuela, 26, believes that Márcio’s learning difficulties may be the result of problems during his mother’s pregnancy. "She used a lot of drugs, I believe that it had serious effects on his learning [abilities]," she says. But Manuela emphasizes that he will be a great man, because he has a big desire to be someone in life.

At present, Márcio doesn’t like the classroom of his current school; he only likes the playground. Now, he is excited to study in another place and be part of the tutoring classes that will be offered through World Vision. He thinks that this project will be better for learning and promises that he will participate in all the activities.

Márcio’s hope and joy from having a new place to learn is the best reward for this family, as he has not had many reasons to smile.

He grew up in a scene of destruction. When he was only two, his mother died, so the little boy went to live with his maternal grandmother, who at that time was already caring for an orphaned grandchild. When Márcio was seven, his loving grandmother who was raising him became another victim of the area’s urban violence: she was hit by a motorcycle in the neighborhood where she used to live and died in the hospital.

Since then, Márcio has lived with his paternal grandmother, a woman he barely knows. Unfortunately, his relationship with his grandmother is not built on emotional bonds, love, and care, as there should be between grandparents and grandchildren.

Currently, Márcio’s father visits on weekends, a man who is a drug user as well. "Nevertheless, I think he’s a very beautiful child, full of expectations!" adds his cousin Manuela. "I have the habit of saying to him: 'You'll be a great man!’” she says.

Márcio goes out only on weekends, when his father comes to visit and takes him for a walk. He has two sisters from his father, one older and one younger than him. Asked whether he will take care of his younger sister, he replies: "Yes, I will! If I'm alive." Fear and doubt of not knowing if he will be alive to see the little sister grow up haunt Márcio, who by now has no more smiles in his face. He shows the concern of one who, in such a short time, has suffered much tragedy.

The constant violence in the neighborhood, which also struck Márcio’s family, is present in the testimony of this 10-year-old. "My uncle died, he was shot, and my grandmother was hit by a motorcycle. I saw it," he says sadly. "When the news came that she was dead, I didn’t want to eat anything," he recalls.

After many losses, Márcio shows in his eyes the hope that this year will be better through the new community. "What I like the most is playing [football] and being with my family," he says. “I won’t be naughty, I'll be a good boy.”

Curiosity makes him dream and create his own expectations for the future: "I want to learn how to speak English and Spanish to see if I am someone in life. Maybe I can be a photographer," says this boy who repeats "That’s cool!" every time the camera zoom lens moves.

He adds, “[I want] to be a football player or pianist.”

World Vision works with vulnerable children like Márcio and their communities all around the world, working to help bring smiles back to their faces through protection, education, and more.