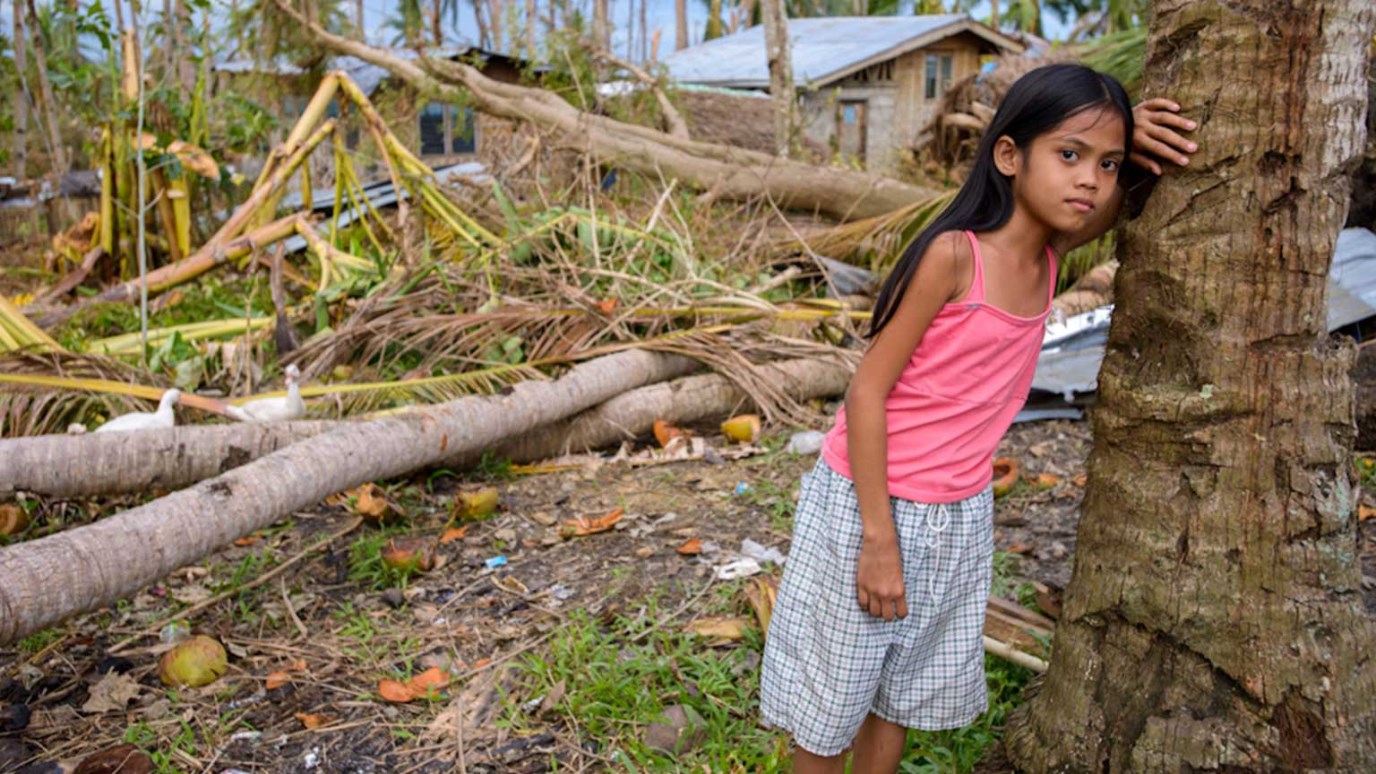 Baby Claire, 9, stands in front of her family’s house, destroyed by fallen coconut trees after Typhoon Haiyan struck the Philippines in November 2013.

Typhoon Haiyan devastated the Philippines’ estimated US$1.5 billion coconut-exporting industry and put thousands of workers out of jobs.

Fallen coconut trees not only ruined livelihoods, but they blocked waterways and roads connecting remote areas of the country. Though many coconuts trees have been replanted, it could be as much as eight years before many of them begin to produce.