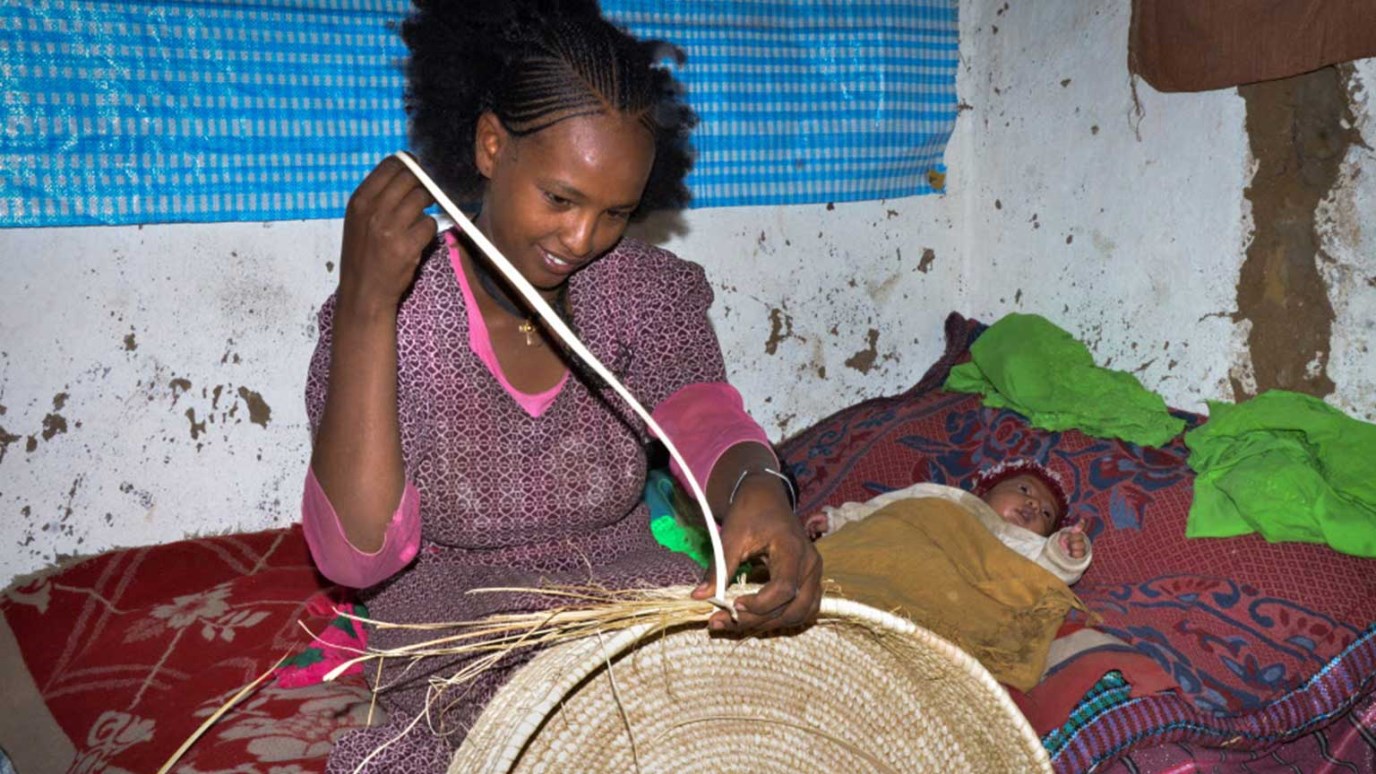 In Ethiopia, early marriage forces young girls to give up their dreams of study and independence.

Early marriage meant Zafu, an Ethiopian girl, gave up dreams of study and independence. Zafu was just 14 when her mother accepted a marriage proposal on her behalf.

"I have never imagined getting married at my early age. My dream was to be a medical doctor and be somebody useful to my country and myself,” Zafu says.

Now, at age 19, Zafu has two children and weaves baskets to help support her family.

“My hope has gone,” she says. “There are so many girls with big dreams of becoming someone in the future. Despite their dream, I can tell you that many girls are still under threat of early marriage.”

Zafu says she puts herself in their shoes and pleads to whoever is listening: “Let my life be a lesson to others, and let us try our best to stop early marriage in any way that we can.”