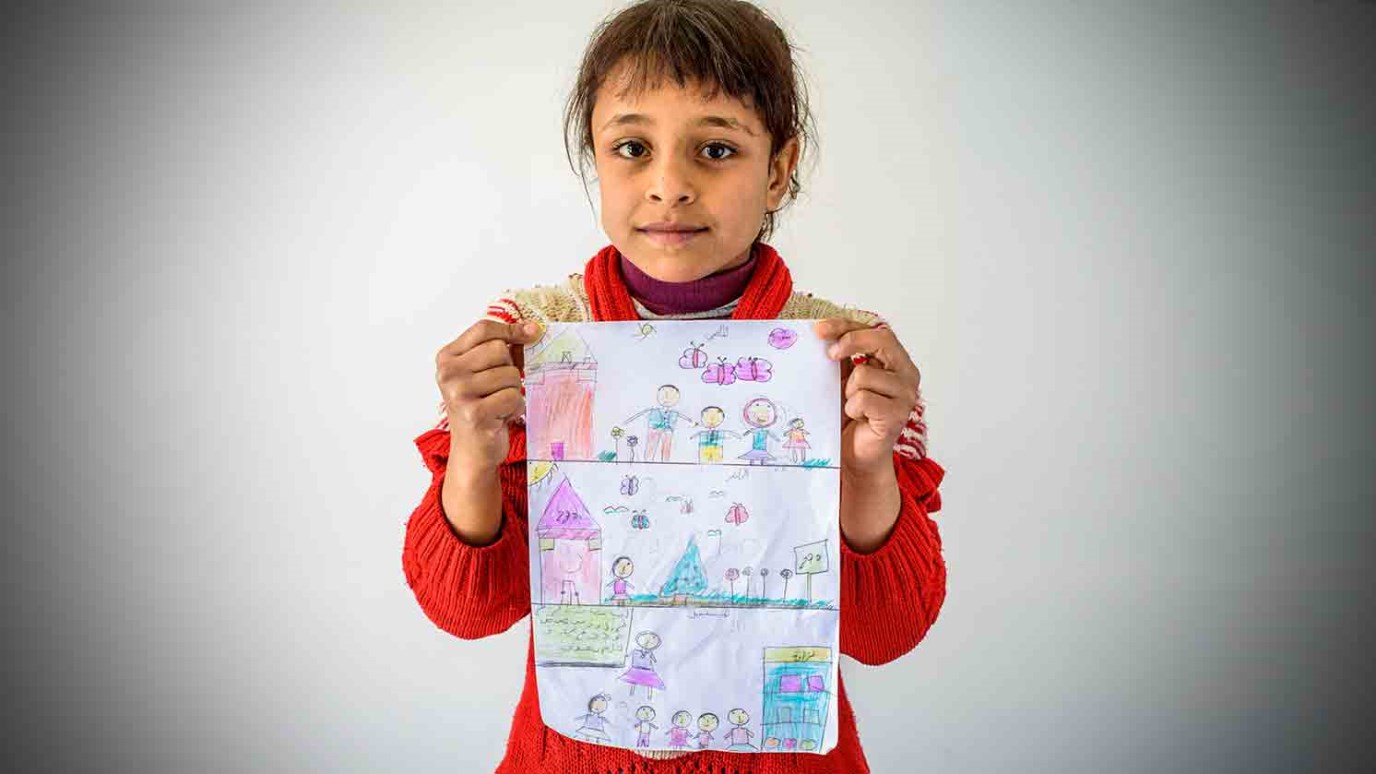 Yasmin hasn’t forgotten the home in Syria that her family left behind. It represents their dreams that were dashed by the Syrian civil war.

“That’s my mother, father, and brother by our beautiful house in Syria. The day is sunny and there are butterflies,” says Yasmin. Her mother and father had worked for years to build a comfortable home for their children. When fighting came near, they had to flee, and now their home is a tent in the Bekaa Valley of Lebanon.

In the middle panel, Yasmin drew the Child-Friendly Space she attends, which has given her confidence to go to school.

“In the future, I want to be a teacher in Syria,” she says. She drew a cabinet with books in the classroom  and she’ll give them as gifts to all her students.