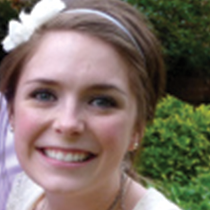 Jacqueline Fox shares a story of heart-wrenching loss to remind us of God's perfect timing and the fulfillment of His promises.

This scenario has happened almost every night for a couple of weeks. I fight to fall and stay asleep. And when I am asleep I’m dreaming of fighting to get away from an evildoer with a mission to take me out. I wake up exhausted from a battle to sleep and a battle-filled dream during the sleep I did get. Like most people, my dreams are usually somewhat reflective of my current circumstances during my waking hours. But I have analyzed my reality, as well as asked the Lord, and have yet to discover a reason for warfare throughout my nights.

A few nights ago I climbed into bed and fell asleep rather easily, but awoke within an hour or so, initiating the usual struggle. Sometime in the midst of my tossing and turning I had a dream in which I was, yet again, running from a villain—a male witch was chasing me, to be exact. I woke myself up from the complete strangeness, because I would decidedly rather be awake than running from a witch-man. I rolled around for a while, checked the time every few minutes, wondering how many hours I had left before my three year old would be in my ear announcing it was her feeding time. I dozed off again, and this time I had a new dream.

I was pregnant, full term, carrying a baby boy. Kyle and I had a trip planned and we were scheduled to leave that afternoon, but my spirit told me we should stay home, because I’d be going into labor that evening. Sure enough I began having contractions around sunset. A man dressed in scrubs appeared out of nowhere in my living room and unfolded an operating table out of his briefcase. I dressed myself in a hospital gown and climbed atop the table (in my living room!) like it was completely routine. Nurses surrounded me. Kyle stood nearby. My spinal block had been administered and the doctor began asking if I was numb yet. While I continued saying no, he began the c-section anyway. It was unbearably painful. I couldn’t move my body to protest, but I could feel the pain from the incision radiating throughout my lower half. Then, just before the dream ended and I was engulfed in pain, a nurse brought our baby boy to Kyle and me. He was sleeping soundly and we placed him in his bassinet. The pain previously electrifying my body vanished entirely as we adored this peaceful creature. The dream ended. I awoke at 4 a.m. and flip-flopped my way through the hours until morning.

The past couple of days I have relived that night in my mind. I have laughed and shivered a time or two about the impending man-witch (not to be confused with Manwich canned meat), but mostly remained intensely curious about the meaning of the dream where I had the baby. After weeks of being chased in my dreams, this was the dream interrupting the exhausting trend. I have asked the Lord about this new dream and He has faithfully revealed some encouragement.

Yesterday was Pregnancy and Infant Loss Awareness Day, and if you’ve read my previous blog posts, you know I lost a baby about eight months ago. In fact, two weeks from yesterday would have been my due date; the day I believe in my heart I would have been full term with our third child—a son, Greyson. I have since wondered what he has been doing in heaven these past eight months. In April, during worship one evening, I heard God whisper, “Greyson thinks His mommy is the most beautiful worshipper.” He’s in the company of The King. I miss him, but I’m sure he’s been dancing with angels. And I await the promise of another baby to hold in my arms.

The timing of my dream was no coincidence, either. Aside from just preceding Pregnancy and Infant Loss Awareness day and the reminder of my promise after my loss, our theme for this semester of Embrace Grace is rainbows—promises. I have heard people talking about God’s promises everywhere I go lately. In song lyrics, on other’s blogs, in sermons, the reminder of God fulfilling His promises has shown up all around me. After grieving the loss of our baby Greyson, God gave me the promise of another baby, and for a few months we have been trying to make that baby happen. But with no success so far, I have found myself discouraged and speaking death over my womb, especially this past week; even though I know the results of speaking death versus life. But it’s just not going to happen, I concluded. And then I had that dream. I had that dream where I was pregnant, full term with a baby boy. And even though I felt extreme pain before his debut, it was immediately forgotten when I laid eyes upon him.

I believe God gave me this dream to encourage me of His faithfulness to fulfill His promises—the promise of another baby, specifically. He’s weaved the word, “promise,” into countless daily encounters and surrounded me with a theme of rainbows in Embrace Grace. Although I become impatient and desire my promise to be birthed in my own timing, and feel barren and discouraged when it isn’t, the Lord is relentless in His efforts to remind me that His timing is perfect and that it will it come to life.

I also believe He has had me share this dream with you to remind you of the same.

Whatever the promise you’re awaiting the initiation or completion of, He is earnestly placing encouragement throughout your days and nights, in great efforts to remind you He has not shelved your promise. Your efforts are not futile, and the reward is worth the wait. It will come forth in His perfect timing, and the accompanying joy will far exceed the pain experienced on the journey to the prize.

For Your kingdom is an everlasting kingdom. You rule throughout all generations. The Lord always keeps His promises; He is gracious in all He does—(Psalm 145:13, NLT).

4 Truthful Realities That Will Help Us Overcome Temptation
Ronnie Floyd

When Waiting Is Hard
Wendy Pope

Are You There?
Johnny Hunt
Follow Us
Grow Daily with Unlimited Content
Uninterrupted Ad-Free Experience
Watch a Christian or Family Movie Every Month for Free
Early and Exclusive Access to Christian Resources
Feel the Heart of Worship with Weekly Worship Radio
Become a Member
No Thanks