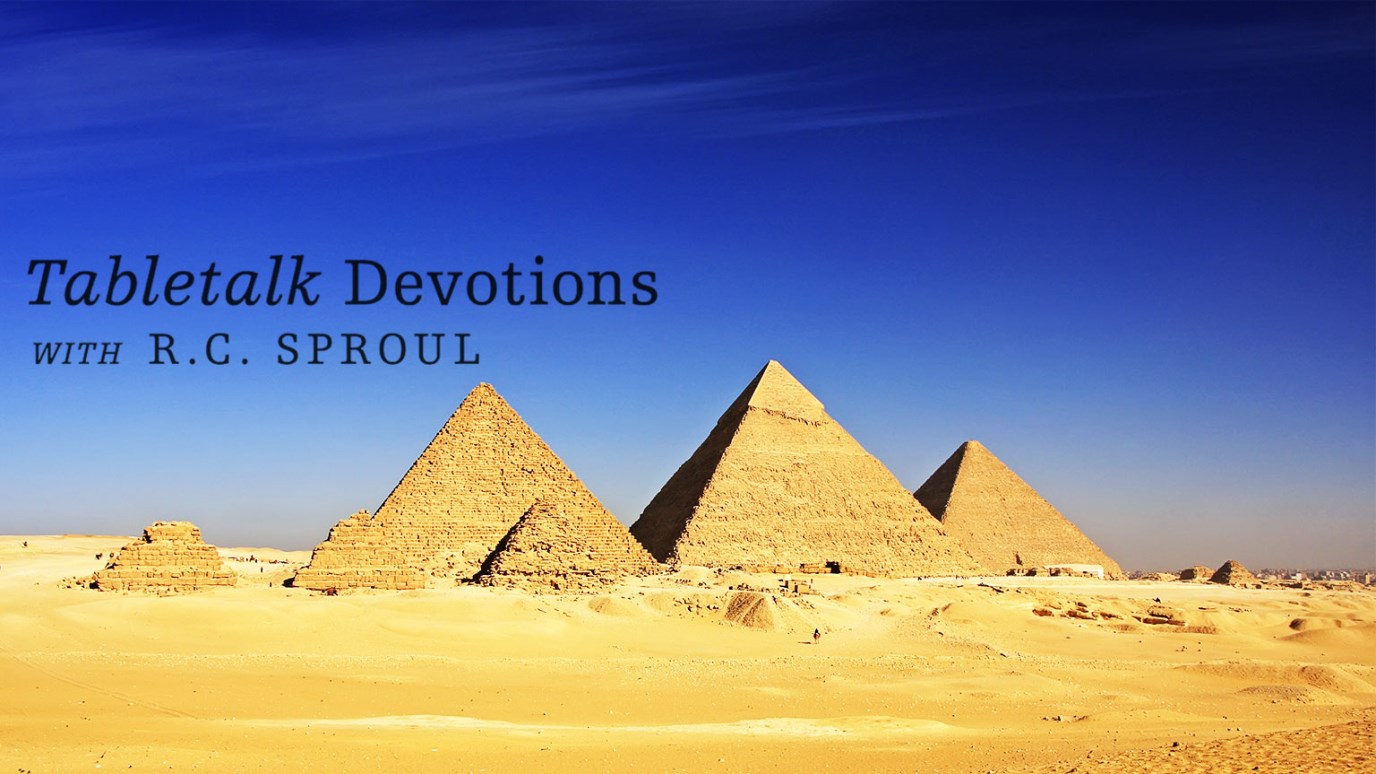 Perhaps you are tempted to lie or steal to get ahead. Renounce such thoughts and ask the Lord to sustain your faith.

At this point in Abram’s story, as many commentators have noted, we might ordinarily expect to see his faithful journey into Canaan at the Lord’s behest rewarded. But this is not the case. As we will see in today’s passage, the promise of land and offspring is threatened soon after God spoke to Abram at Moreh (Gen. 12:6–7).

In the ancient world, the annual flooding of the Nile in the land of Egypt made it a reliable source of food. The Roman empire, in fact, prized the territory as its number-one provider of grain. But long before the days of Caesar, the peoples in Canaan would travel to the land of Pharaoh when famine made it necessary to find food. This is precisely the reason why Abram goes into Egypt for a “sojourn” not long after seeing the promised land (v. 10).

Separated from Palestine, it appears as if his inheritance of the land is now threatened. Yet the verb “sojourn” indicates Abram was planning not to settle there, but only to live there until rainfall could ensure cultivation of the land in Canaan. However, we should not think Abram’s decision to travel there was wholly born from faith. The trouble he gets into while in Egypt (vv. 11–20) indicates we are not to read this particular episode as illustrative of his devotion.

Seeing the beauty of his wife, Abram plots to pass her off as his sister so that he will not be killed (vv. 12–13). Threat to life was certainly possible without the extended family present, explaining why the Mosaic law commands Israel to treat sojourners well (Ex. 22:21).

We conclude today with the question: Does this deception serve righteousness? The answer is no. Apparently, Abram hoped he could prevent others from killing him by passing Sarai off as his sister (see Gen. 34:8–17). However, in saving his own life, Abram ignores Sarai’s safety and chastity! Unexpectedly, Pharaoh hears of Sarai and takes her as a wife (12:14–15). In lying to save himself, Abram acts unrighteously and implicitly assumes the promised offspring is possible apart from Sarai’s womb (see chapter 16). But as we will see, the Lord is displeased with all involved, indicating the promised son must be borne to the union of Abram and Sarai.

All seems to be going well for Abram when he enters Canaan, but soon a disastrous famine results. As Matthew Henry comments, this reveals “it is possible for a man to be in the way of duty, and in the way of happiness, and yet meet with great troubles and disappointments.” Have you been faithful to God and yet feel as if you are getting nowhere? Perhaps you are tempted to lie or steal to get ahead. Renounce such thoughts and ask the Lord to sustain your faith.