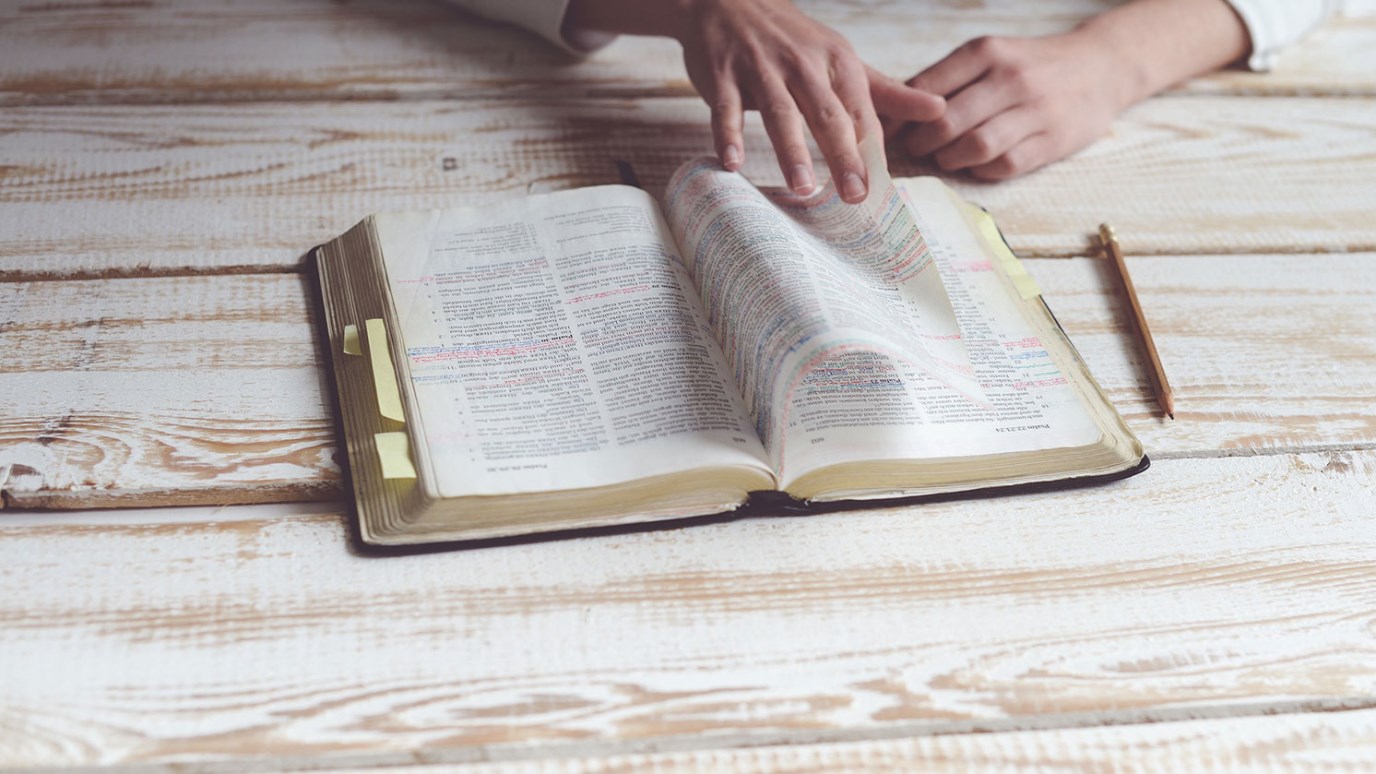 There's a wealth of scriptural wisdom available to us in the "minor" stories of the Bible. Let's not skip over them!

When we read our Bibles, it's tempting to linger over the big stories and hurry past the minor ones. David and Goliath are far more interesting and less complicated than Uzzah's irreverence (2 Sam. 6:6–11) or Phinehas's zeal (Num 25:1–13).

While the amount of "real estate" given to a particular story in the Bible is worth noting, it doesn't give us license to ignore or rush past the little moments. All of it is included for our "teaching, for reproof, for correction, and for training in righteousness, that the man of God may be complete, equipped for every good work" (2 Tim. 3:16–17). Knowing this opens the door for these smaller (and often more confusing) stories to come alive!

One such story is found nestled away in the book of 2 Kings. While the books of 1 and 2 Kings are primarily about (you guessed it) the kings of Israel, there are plenty of interesting women in the mix. Jezebel is the most notable for her heinous crime of killing all the prophets, save Elijah, and her manipulative rule alongside her husband, Ahab. But in contrast to her wickedness, these books showcase many faith-filled women: two desperate widows, the Shunammite woman, a young slave girl, and Hulda the prophetess, to name a few.

But in my latest read through 2 Kings, one woman caught my attention: Jehosheba. Faced with murder and betrayal in her own family, she risked her safety and security to save her nephew. And because of her actions, the lineage of Christ is preserved.

Jehosheba: A Courageous and Selfless Aunt

Now when Athaliah the mother of Ahaziah saw that her son was dead, she arose and destroyed all the royal family. But Jehosheba, the daughter of King Joram, sister of Ahaziah, took Joash the son of Ahaziah and stole him away from among the king's sons who were being put to death, and she put him and his nurse in a bedroom. Thus they hid from Athaliah, so that he was not put to death. And he remained with her six years, hidden in the house of the LORD, while Athaliah reigned over the land (2 Kings 11:1–3).

This story really started to wow me when I drew up a family tree. One reason these are hard passages is we have to work for them. On just one read-through, all we hear are a bunch of names and relations that blur together. But as we work to understand the family dynamics of Athaliah, the story comes alive. Let me unpack it for you.

Athaliah was both a daughter of a king and a wife to a king, but it was not enough. Rather than a moment of mourning, she sees the death of her own son as a catalyst for control and power. To prevent any rightful heir to be named king, she begins killing "the royal family." These were her very own children and grandchildren!

The murderous tendencies of Athaliah are less surprising when we note who her parents were: the infamous Ahab and Jezebel. With parents who regularly killed to advance their own agendas, is it any wonder we see her do the same?

Into this massacre we see our heroine, Jehosheba, emerge. Consider the fear and confusion of seeing your own mother kill off your family in the wake of your brother's death. Who do you trust? What do you do in the face of such evil? Do you defend the defenseless when personal survival begs to be the presiding motivation? Very few of us have faced such a moment.

Despite the risks, Aunt Jehosheba takes her one-year-old nephew, Joash, and his nurse and hides them both. They stay hidden for six years while her power-hungry, murdering mother reigns over the land. Caring for young children is already infused with challenges, so it's hard to fathom what Jehosheba faced in those six years.

But finally, with the help of the priest and the army, Joash is anointed rightful king at seven years old. Jehosheba's courage helps usher in a sweet season for God's people. Athaliah is put to death. A new covenant is made between the Lord, Joash, and the people. The house of Baal is destroyed. And "the people of the land rejoiced, and the city was quiet" (2 Kings 11:20).

Jehosheba was faced with a terrible choice: save herself or stand between a power-hungry murderess and her prey. She chose the latter, and for that reason we are able trace Jesus' lineage back to King David through her nephew Joash.

Food for Our Souls

Each verse, each chapter, each book of the precious Word of God is filled to the brim with food for our souls, with teaching and reproof, with correction and training. The question is, will we slow down long enough to notice? Here are four lessons from Jehosheba and Athaliah:

We might not be seeking to kill other people to get what we want like Athaliah, but we all know how it feels to be driven by our own wants. Sure, Athaliah gets her wish and is queen over the nation for six years before she's killed. Sin usually has a fleeting season of superficial joy. But in the end, God always wins and sin is never worth it.

Unlike sin, faith's payoff is rarely immediate. In fact, choosing God over self often causes us pain before gain in the short-game. Jehosheba's actions weren't celebrated that day—or the next one. In fact, her life got harder before it got better. It was six years before she saw the gains of her sacrifice. It's often the same for us.

3. You don't need a spiritual heritage to be used by God.

Jehosheba's family history was nothing to be admired. Both her mom and grandma were manipulative, power-driven murderers. Yet she exhibited fear of God, servanthood, courage, and patience. You don't need a spiritual pedigree to have an impact on the world for the kingdom of God. God will use all who put their trust in Him.

Change came to God's kingdom through Jehosheba's actions. But what did she actually do? She took care of a child. There are many people today that care for children: parents, grandparents, nannies, daycare employees, teachers, and foster parents. Likely, very few think of their diaper-changing, PB&J-making, fort-building, clothes-folding responsibilities as world changing. But in God's economy, that may be exactly what it's accomplishing: world change. And like Jehosheba, we won't see the change immediately, but one day the payoff will have been worth the cost of saying “yes” to the mundane.

May Jehosheba's example encourage us and train our souls for sacrificial obedience. May it reprove our disdain for the mundane. May it correct our thoughts about who God can or cannot use. May it teach us about the foolishness of sin. And may her story remind us of the wealth available to us in the little stories of our Bibles.

Why We Read the Bible
Daily Disciples