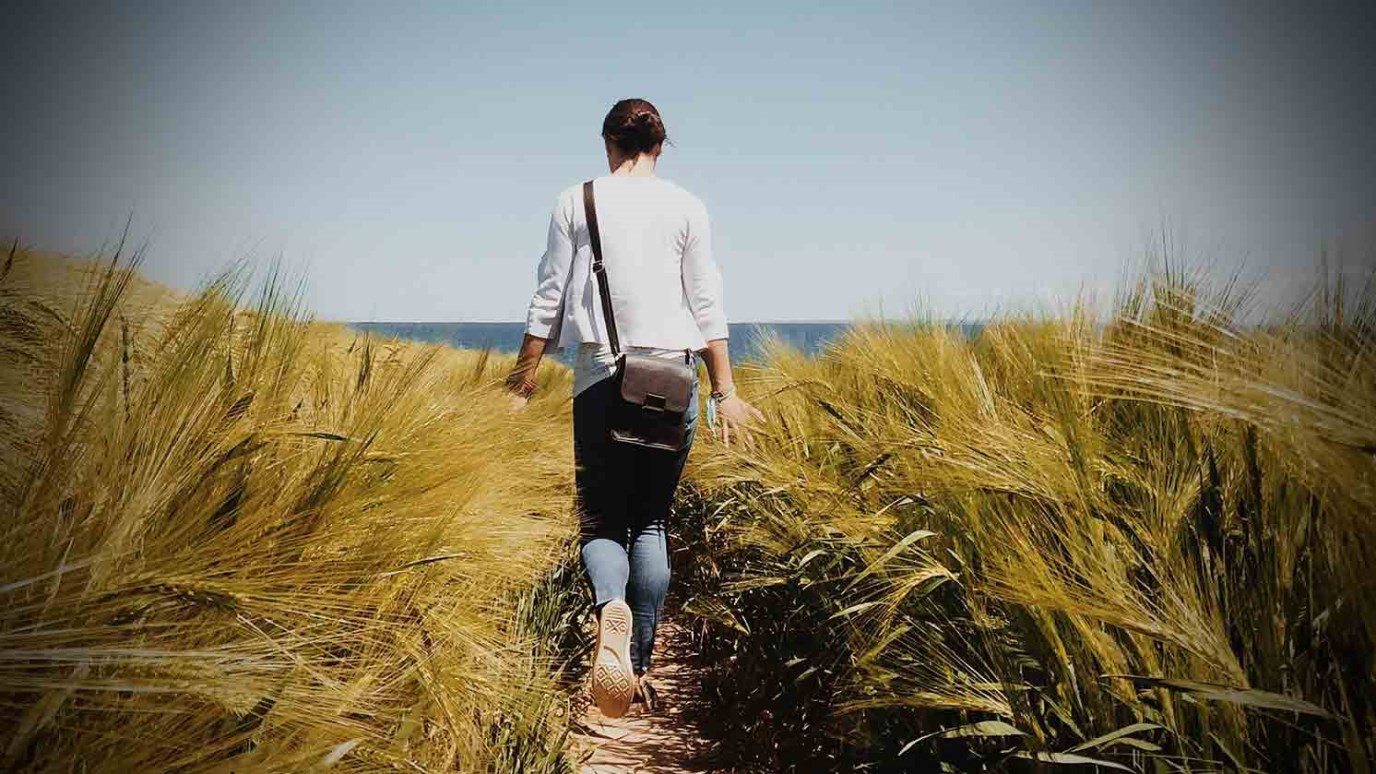 God wants to deliver us from whatever has held us hostage. It’s up to us to trust Him — and then move!

As Pharaoh approached, the Israelites looked up, and there were the Egyptians, marching after them. They were terrified and cried out to the LORD. Exodus 14:10 (NIV)

What do you do when the Egyptians are behind you, the mountains are beside you, the Red Sea is in front of you, and you need to move? You panic! Then you start blaming the person you believe is responsible for your circumstances. After you savor the satisfaction of not taking personal responsibility, you blame God. Maybe you don’t relate to this behavior and have never found yourself in a difficult situation where you are hemmed in with no way out, but I certainly have! There are times when we are victims because someone or something has caused us to be in a difficult place. And then there are times we are in a difficult place because we made our own decisions and acted on our selfish desires.

Are you familiar with the exodus of the Israelites out of Egypt? This journey was led by Moses and directed by God. Please take time to read this story in the book of Exodus if you aren’t familiar with it. The Israelites were slaves to the Egyptians until God miraculously set them free. As the Israelites left Egypt, they could still hear the Egyptians wailing over the loss of their firstborn sons. As they journeyed away from Egypt toward the Promised Land something went terribly wrong. Pharaoh changed his mind and wanted the Israelite slaves back. As the Egyptian army pursued them, the Israelites no longer faced going back into slavery—they faced death. As they faced the Red Sea, they could hear the Egyptians closing in on them, and they were paralyzed by fear. They needed to go forward, but fear kept them standing at the edge of the Red Sea.

It’s hard to blame the Israelites—they had no idea that the Red Sea would be the very thing that would save them. Isn’t it true fear has a way of paralyzing us even when we know we need to make a change? I have read about the Israelites more times than I can count, but until recently, I missed a very important message from God. I can’t explain what happened in my heart when I read what God told Moses at a moment Moses really needed God. The Israelites were complaining to Moses, and Moses was praying to God. If I were Moses, I would’ve been praying too! But was praying what Moses needed to do at that moment? We know Moses talked to God as one talks with a friend; Moses and God were tight! But the Egyptians were fast approaching and God’s glory was at stake. There was no time to pray!  It was time to move, not pray! And that’s exactly what God told Moses! God said, "Why are you crying out to me? Do what I told you! Raise your staff and stretch out your hand over the sea to divide the water so that the Israelites can go through the sea on dry ground.” (Exodus 14:15-16) It’s like God was speaking as a parent to a child, “Haven’t I told you what to do over and over again? Just do it!”

What have you prayed and prayed about, knowing deep down in your heart exactly what you need to do but haven’t done it? Are you afraid to move forward out of fear? Are you afraid you may make a mistake? The Israelites did not see God’s deliverance or God’s glory until they took that first step forward in obedience. I have been there, and I’ve been with other ladies who can’t move forward because of fear. Even though they believe God told them to move on, fear keeps them from taking the first step. Honestly, I believe God says to pray about everything, so I do. But there are times when I feel God thinks, “Haven’t we talked about this for years? You really know what you need to do! Now do it!”

God wants to show us His glory and His power. God wants to deliver us from our old way of life by delivering us from whatever has held us hostage. It’s up to us to trust Him and move on! As we take the first step in moving forward, we can trust God to do what He has asked us to do.

Are you struggling with fear? Do you find it difficult to trust God? Charles Spurgeon once said, “The Lord will make a way for you where no foot has been before. That which, like a sea, threatens to drown you, shall be a highway for your escape.” I want to encourage you to take the first step forward by telling God you are going to trust Him to show you what He wants you to do. Then as soon as you know what steps God wants you to take, then move!!

Break Free!
Dr. Michael Youssef
Follow Us
Grow Daily with Unlimited Content
Uninterrupted Ad-Free Experience
Watch a Christian or Family Movie Every Month for Free
Early and Exclusive Access to Christian Resources
Feel the Heart of Worship with Weekly Worship Radio
Become a Member
No Thanks