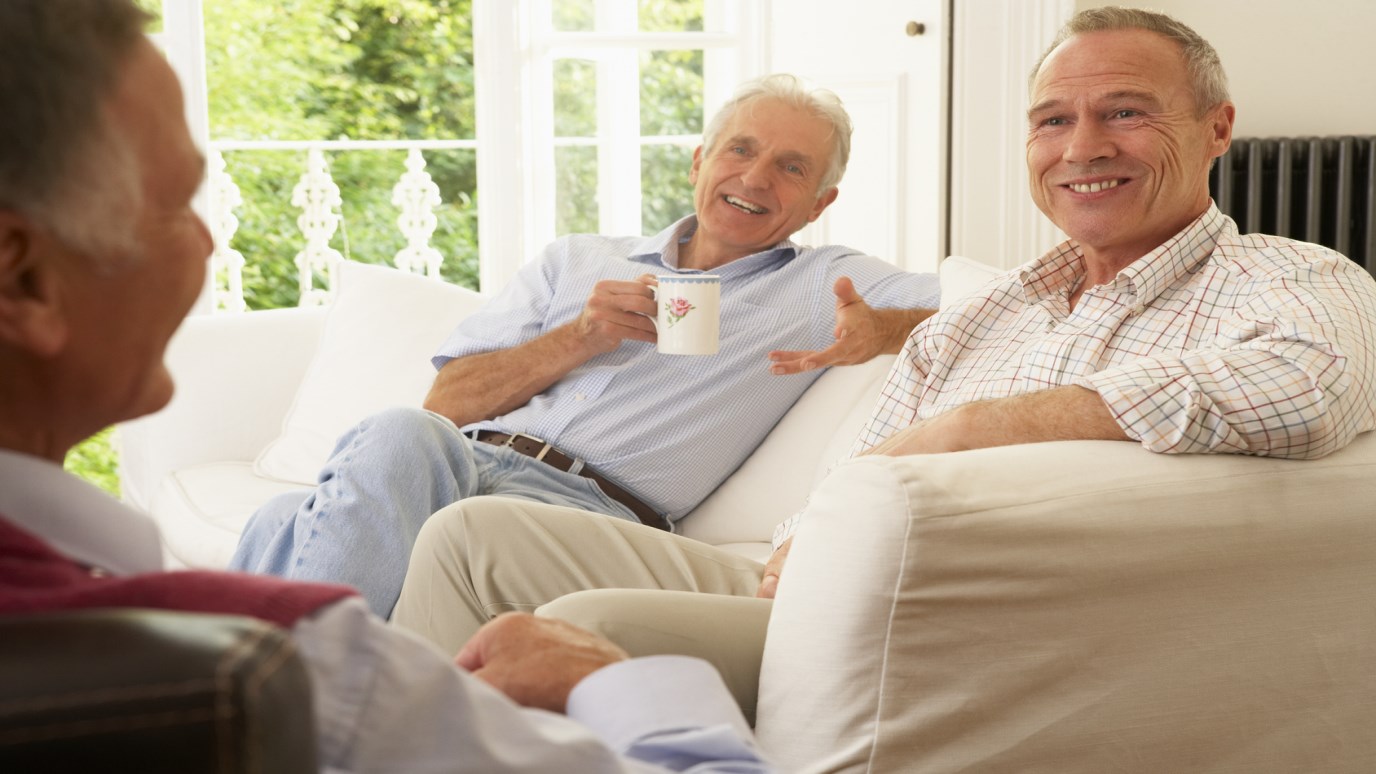 Bob Goff said that. I wish I had.

Who is close enough to you to know when you’re off the rails? Who can you call for advice with the stickiest of questions? Which of your friends will challenge you on the hours you’re working? Who will ask you how much you’re drinking? Who’ll call you out on your attitude toward your wife? Who knows your heart?

For most of the guys I know, the answer is nobody!

You can’t hire someone to be this kind of friend. You can’t will it. You can’t manufacture it. You have to work for it.

As usual, I wrote this down as a thing to do. I drew a little square by it, anticipating the day I could put a big, black checkmark in the box. It’s a lot more complicated than that.

I wormed my way into a group of guys who were meeting once a month. They knew each other, went to the same church (not mine) and had a lot of ‘road miles’ together, having met for a few years before I came along. They’d all told each other their stories. They knew each other’s junk. And now, years later, they know my junk, I know theirs, and we’re still friends. Actually we’re now real friends.

Of course, nothing can replace the intimate friendship of our Heavenly Father. And no earthly friendship should rival the one we’re developing with our wives.

But every single one of us needs at least one friend who will hold us close. The ‘light’ of that friendship, shining into the deepest recesses of our desires, temptations, strengths and broken places beats any other kind of accountability.

Do you have that friend of inestimable value? Are you connecting with a small group of guys who can become your ‘healthy protectors?’ Your ‘band of brothers?’ The ‘posse’ who’ll love you for who you are, even after you’ve told them your ‘junk?’

If you don’t, start talking to some of the guys you know. Start with like-minded guys who are in a similar season of life. Cast a vision and see if they’re drawn to it. If they are, get together and talk. Agree to meet for a few months. Give everybody a ‘get out of jail free’ card so they (and you) can quit ‘guilt free’ after that minimum period. Coordinate the meeting dates in advance so everyone comes every time. And then see what happens.

I have a friend who did this with 4 other guys 28 years ago. They still meet every week and they’re best friends.

I’ve had two guys tell me recently their group is their “fuel.” It keeps them going when everything else seems to be ‘headwinds.’

I’m now in two groups. I don’t want to speak too soon, but I’m pretty sure I have a few friends. Real ones.

Question: Will you make developing close friends a priority? Will you give this group thing a try?

Seven Deadly Sins, Week 3: Gluttony
Central Christian Church
Have you ever asked, "Why, God?"
Emily Manke
Follow Us
Grow Daily with Unlimited Content
Uninterrupted Ad-Free Experience
Watch a Christian or Family Movie Every Month for Free
Early and Exclusive Access to Christian Resources
Feel the Heart of Worship with Weekly Worship Radio
Become a Member
No Thanks