Don't Be Devoured - A Family Devotional 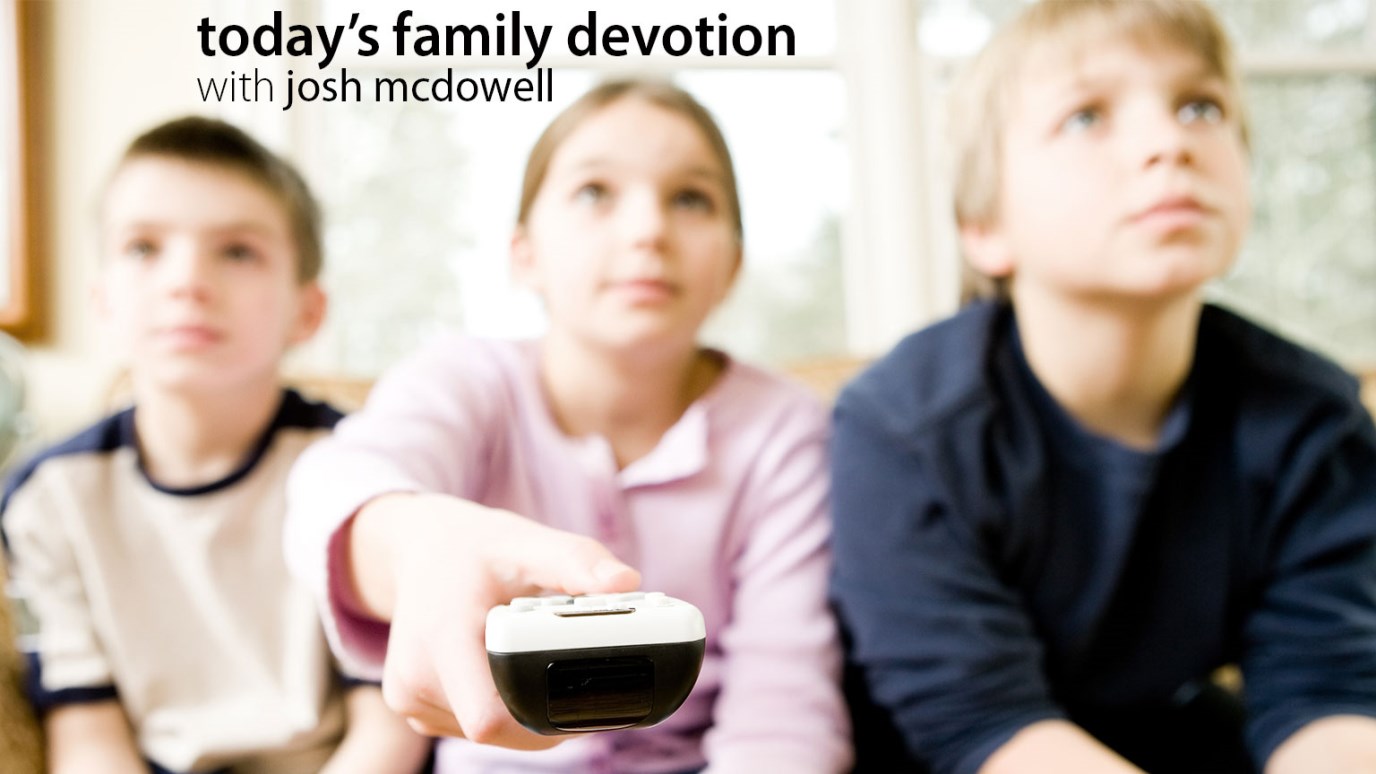 Obedience to God’s commands not only protects us, but also provides us greater enjoyment of recreation, music, art, food, health, and so on.

Self-control protects us from harm and provides for our enjoyment of life.

Verse of the Day: Be self-controlled and alert. Your enemy the devil prowls around like a roaring lion looking for someone to devour (1 Peter 5:8, NIV).

“She looks terrible!” Rachel said. She sat on the couch, watching a television report of the arrest of a famous music star.

She pointed at the television. “That’s Tawny Morrison, the lead singer of Toe Jam.” “Where are the police taking her?” Josh asked.

“She was in a car wreck,” Rachel explained, “and they found out that she was on drugs, so they arrested her. I can’t believe how terrible she looks. I would be so humiliated.” Then Rachel got an idea. She and her family had been talking a lot about right and wrong. She pointed the remote control at the television and turned the volume down. Then she turned to Josh.

“See how Tawny Morrison looks there?” she asked, pointing at the singer’s disheveled image on the screen. Josh nodded. “She doesn’t look very happy, does she?”

Rachel tried not to smile. “Yeah, she does in that picture. But that’s what can happen when we don’t pay attention to God’s commands. See, Tawny Morrison would probably never go out of the house looking like that—”

“She’s a mess,” Josh said, starting to enjoy the conversation.

“Yeah, and she messed up her car and got herself in trouble, and might even have hurt somebody—all because she got messed up on drugs.”

“I don’t ever want to use drugs,” Josh said seriously.

“Good, Joshie,” she said. “But it’s not just drugs. People can lose control and get messed up a lot of ways—with drugs, alcohol, food, lots of things. That’s why God wants us to be self-controlled. Because it’ll protect us from stuff like that.” Josh crawled up onto the couch and said, “Can I ask you a question?” “Sure,” Rachel said proudly, pleased that her brother wanted to know more. “Can we watch cartoons now?” Josh asked.

TO DISCUSS: The lack of self-control can lead to all types of overindulgence and excesses. Obedience to God’s commands to “be self-controlled” can not only protect us from those excesses, but also provide greater enjoyment of such things as recreation, music, art, food, health, and so on. How has self-control protected you in the past? How can self-control protect you and provide for you in the future?

TO PRAY: “Loving God, thank you for protecting us from overindulgence. Help us to be watchful when temptation comes.”

Sheep Led to Slaughter
Dr. James Dobson
Follow Us
Grow Daily with Unlimited Content
Uninterrupted Ad-Free Experience
Watch a Christian or Family Movie Every Month for Free
Early and Exclusive Access to Christian Resources
Feel the Heart of Worship with Weekly Worship Radio
Become a Member
No Thanks