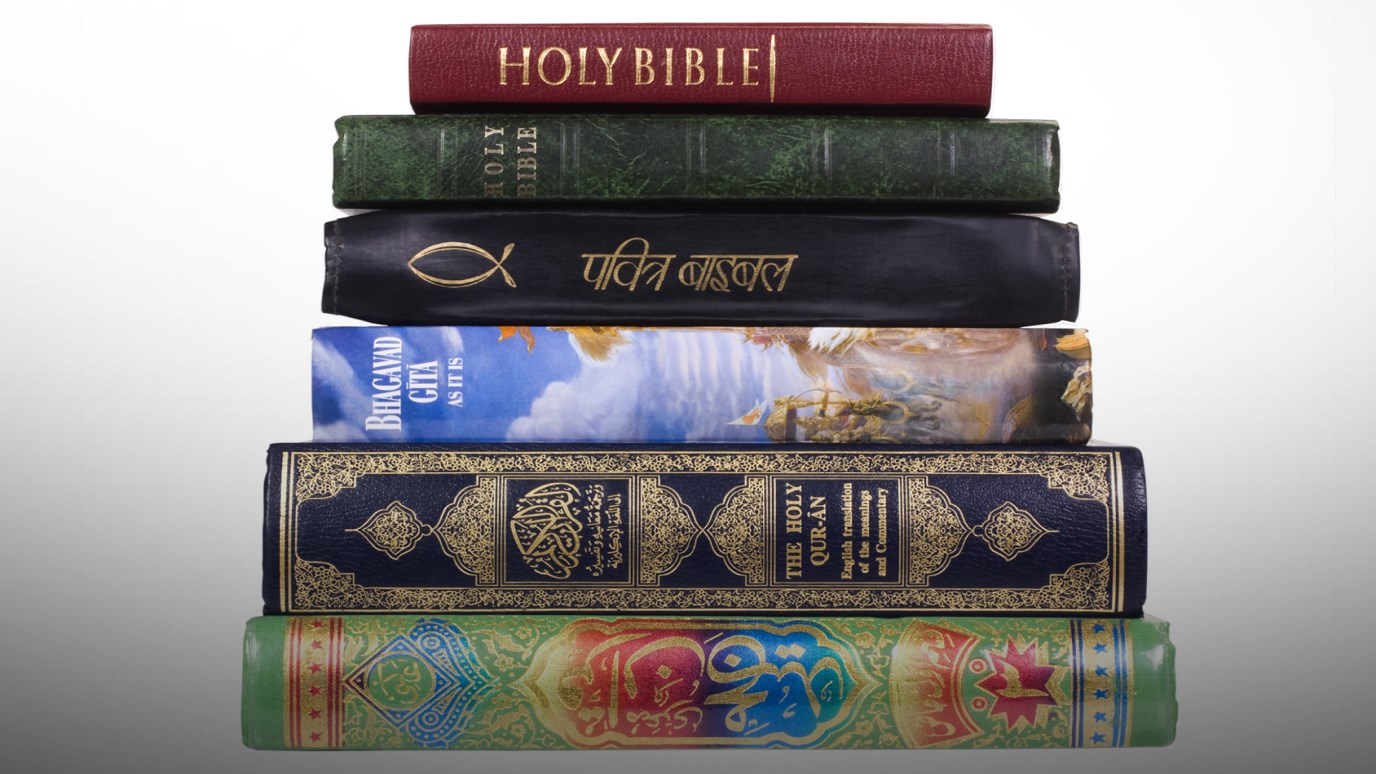 Because they believe all religions are basically the same, many people wonder why Christians make such a fuss about Jesus Christ and Christianity.

Many people wonder why we make such a fuss about Jesus Christ and Christianity, since they believe all religions are basically the same. They assume that all faiths are all talking about the same thing, but are putting it in a different way.

One man once gave this illustration. He said, “Suppose you take 10 men and blindfold them, and lead them over to an elephant. You now let each of them touch a different part of the elephant—tail, trunk, etc.—without telling them what they are touching.

“You then lead them back inside, take off their blindfolds and tell them to describe what they touched.” The man then asked, “Would their descriptions agree?” The answer of course is no.

The man then made this observation: even though these ten men touched the same thing, they did not agree because each touched a different part or, if you please, experienced it from a different angle. He went on to conclude, “Isn’t it the same in the area of religion?

“Aren’t all the different religious groups—Christians, Moslems, Mormons, Buddhists, etc.—experiencing the same God, yet explaining it in different ways? Thus can’t they all be true, but with each giving a different emphasis?”

The problem with this illustration is identifying the elephant with God. You are assuming that all these people are experiencing the same God, when in fact this is not true. Christianity and Islam cannot both be true at the same time. Neither can Mormonism and Buddhism both be correct simultaneously, nor can Christian Science and Roman Catholicism.

All religions cannot be true at the same time, because they teach many things completely opposite from one another. They all may be wrong, but certainly they all cannot be right, for the claims of one will exclude the other.

As to matters of salvation and the person of Jesus Christ, only historic Christianity recognizes Him as the eternal God becoming a man who died for the sins of the world and arose again the third day. Salvation is obtained only by putting one’s trust in this Jesus.

The Jesus of Islam was not the Son of God who died for the sins of the world; neither is the Jesus of Mormonism or Christian Science the same Jesus as revealed in the Bible.

Salvation is not by grace and through faith in these religions, but it is a matter of works. It can then be observed that we are dealing with different religious ideas that are not compatible with one another.

Even though many religions seem to be the same on the surface, the closer one gets to the central teachings the more apparent the differences become. It is totally incorrect to say that all religions are the same.

The God of the Christians is not the same God as that of the Mormons, Moslems, or Christian Scientists. If the God of the Bible is the only true God, then the other gods are non-existent and should not be worshiped.

How Can Millions of People All Be with Jesus in Heaven and Receive Personal Attention?
Randy Alcorn
Follow Us
Grow Daily with Unlimited Content
Uninterrupted Ad-Free Experience
Watch a Christian or Family Movie Every Month for Free
Early and Exclusive Access to Christian Resources
Feel the Heart of Worship with Weekly Worship Radio
Become a Member
No Thanks