Do You Know the Origin of Sickness? 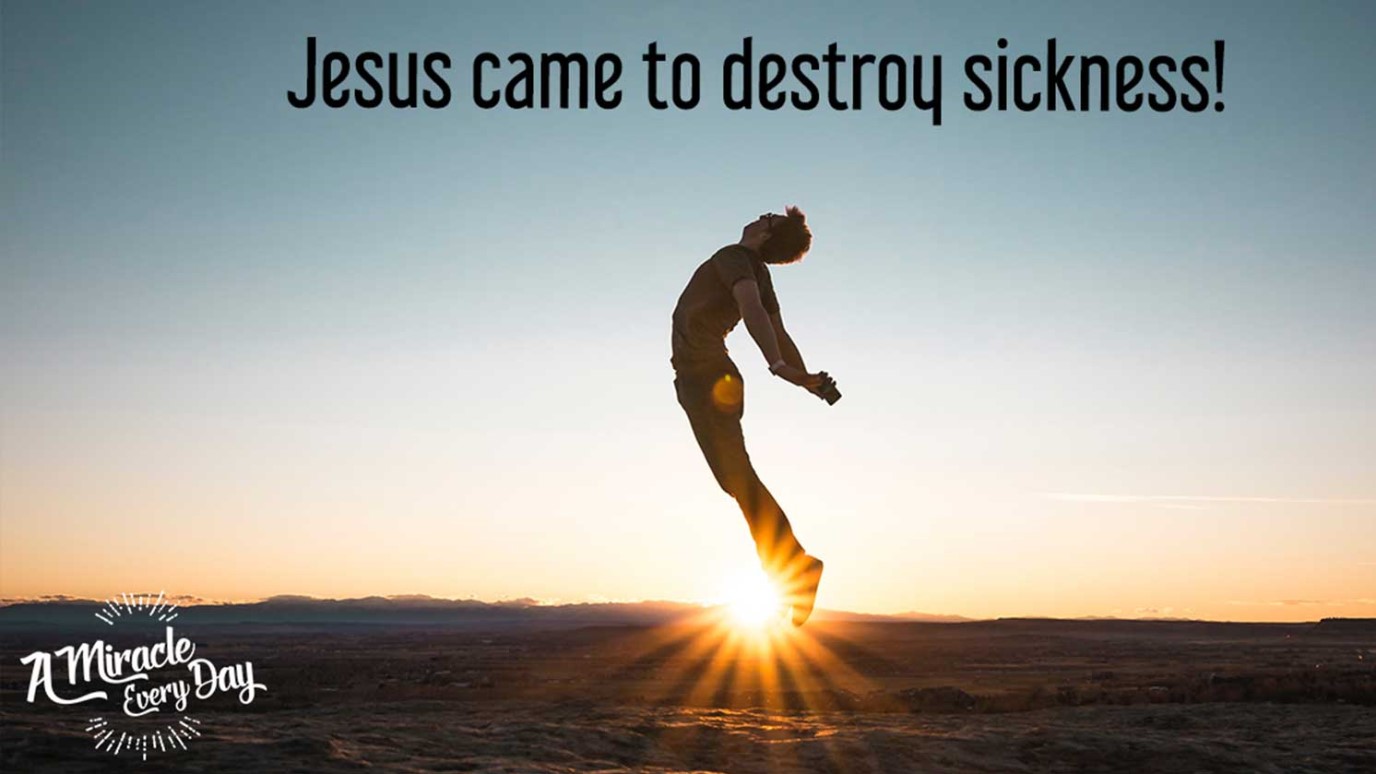 Humanity breaking the divine, moral law led to it suffering all the evils listed in Deuteronomy 28.

“Therefore, just as through one man sin entered the world, and death through sin, and thus death spread to all men, because all sinned.” (the Bible, Romans 5:12)

Humanity breaking the divine, moral law led to it suffering all the evils listed in Deuteronomy 28.

The world, bearing the effects of the fall, became the scene where a drama of curse and affliction played out. Human beings injured, bound, bruised, oppressed, broken, crippled, lame, blind, mute, deaf, all playing their role in this seemingly unending procession.

“He who sins is of the devil, for the devil has sinned from the beginning. For this purpose the Son of God was manifested, that He might destroy the works of the devil.” (the Bible, 1 John 3:8)

The Good News is that Jesus came to destroy the works of the devil!

You Will Get Through This Fog
A Miracle Every Day

Invite God into Your Plans
A Miracle Every Day

This Wall Will Collapse!
A Miracle Every Day

Do Your Prayers Feel Like Bottles in the Sea?
A Miracle Every Day

God's Plans for Your Life Surpass Your Imagination!
A Miracle Every Day
Follow Us
Grow Daily with Unlimited Content
Uninterrupted Ad-Free Experience
Watch a Christian or Family Movie Every Month for Free
Early and Exclusive Access to Christian Resources
Feel the Heart of Worship with Weekly Worship Radio
Become a Member
No Thanks