Do the Right Thing - A Family Devotional 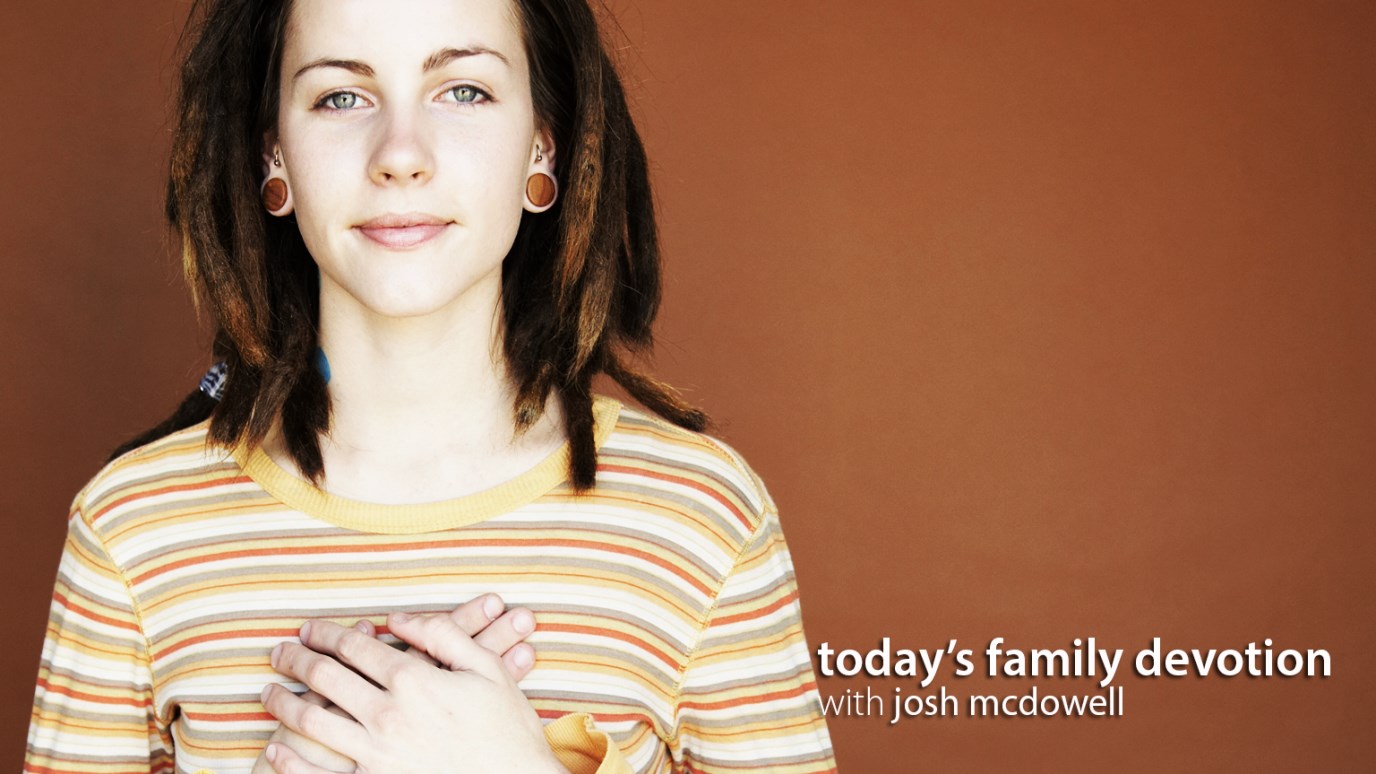 Josh McDowell discusses how we can know what makes an action or attitude wrong or right.

Make them pure and holy by teaching them your words of truth (John 17:17).

“I have to go down to the attendance office for a few minutes,” Mrs. Stanford announced to the class. “I want everyone to read pages 89 through 92 while I’m gone.”

As soon as their teacher disappeared, Bobby and Stan made a dash for the teacher’s desk. They started playing with an object made of strings and silver balls, which clacked together in a swinging motion. It was fun to watch. Soon the desk was surrounded with almost the whole class-until one of the silver balls broke loose from the string that held it and rolled across the floor. Immediately, the students returned to their seats.

Mrs. Stanford returned to the room and noticed the damage. She began asking the students what had happened. The first girl lied; she said she didn’t know. The second student said the same thing. Then the teacher asked Amy, who explained matter-of-factly what had happened.

When Amy got home after school, her mother had already heard what had happened that day. She took Amy out for ice cream, and they talked while they ate.

“Honey,” Mom said, “I’m glad you told the truth today. Why would it have been wrong for you to lie?”

She thought for a moment. Then she said, “Because the Bible says it’s wrong.”

“Why does the Bible say it’s wrong?”

“Because God said not to lie.”

“Because God is truth, honey. God never lies. Whatever is like him is right, and whatever is not like him is wrong. Lying is not like God. That’s why lying is wrong.” Amy nodded and crunched into her ice-cream cone. “It was hard for you to tell the truth in class today, wasn’t it?” Mom asked. Amy nodded. “Yeah, because I was the only one who did!” “But you did the right thing, because you told the truth.”

Amy popped the rest of the ice-cream cone into her mouth. “And that was right, because it was like God,” she said proudly. “Right!” Mom said. “Right!” Amy echoed.

TO PRAY: “Lord God, you have made us pure and holy by your words of truth. May our actions reflect your holiness and truth.”