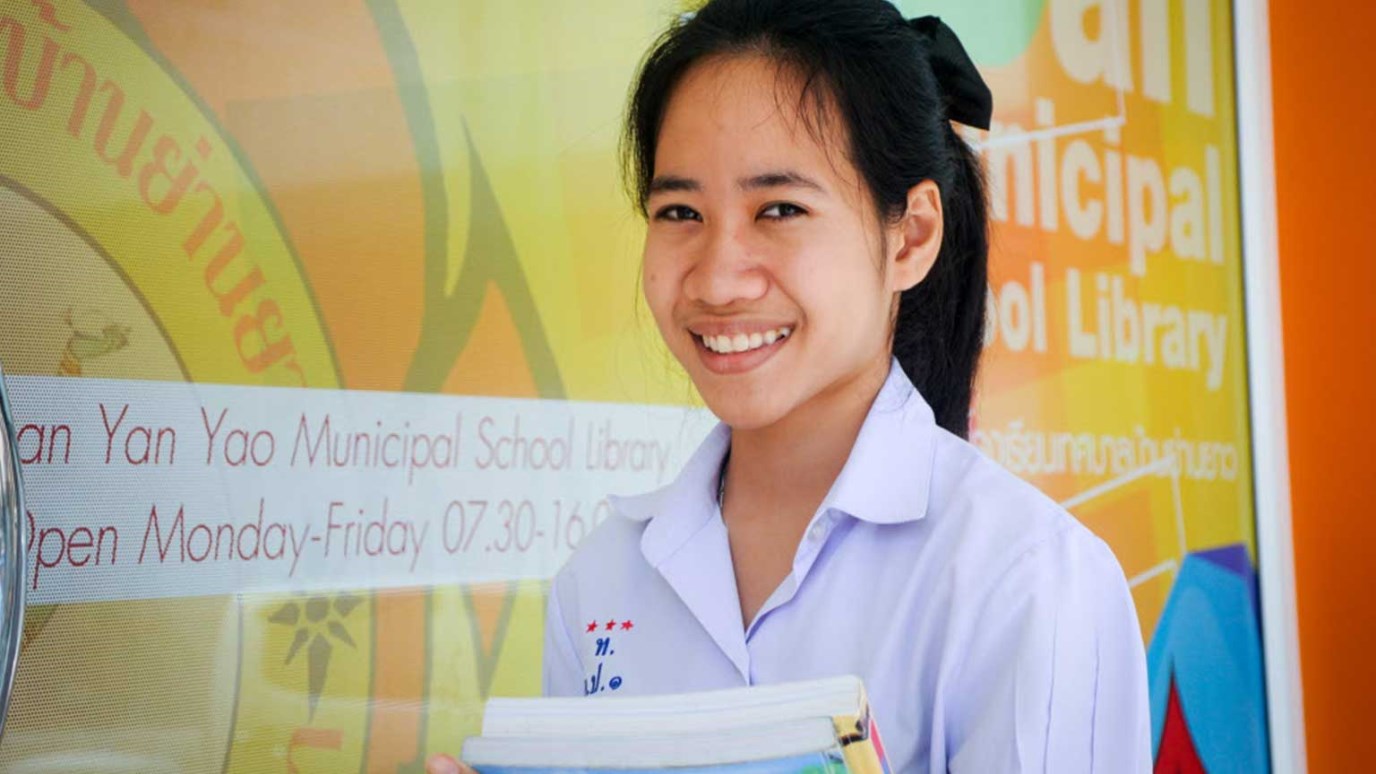 On the west coast of Thailand, Jane Sunari Udomsawat’s family made a living from the sea. On Dec. 26, 2004, the sea became an angry foe.

Early that morning, Jane and her father left the house to pick up a relative at a bus terminal nearly seven miles inland. Her mother and sister remained home, unaware that a wall of water was surging in their direction.

Jane and her father were still on the road when they heard about the tsunami’s destruction. They quickly returned home

“There was nothing left of my house,” Jane says. “Everything was gone with the water.”

Jane’s mother and sister were among the missing. Jane and her father searched for hours, finally collapsing from exhaustion in a temporary shelter. World Vision was there to help them and many others who had nowhere to turn.

But a place to sleep wasn’t all they found. “We saw my mother and sister there,” Jane recalls. “I was very happy.”

Soon, World Vision also provided Jane with a school uniform, shoes, and supplies so she could return to her studies. Today, Jane is a sponsored child, which allows her to do two things that are important to her: grow her leadership skills and remain in school. Now the 18-year-old’s goal is to graduate from college and work for Thailand’s government. Praise God for this!

Not every disaster survivor’s story turns out well. Please pray with us for those affected by disasters.

Do You Really Believe?
Patricia Holbrook