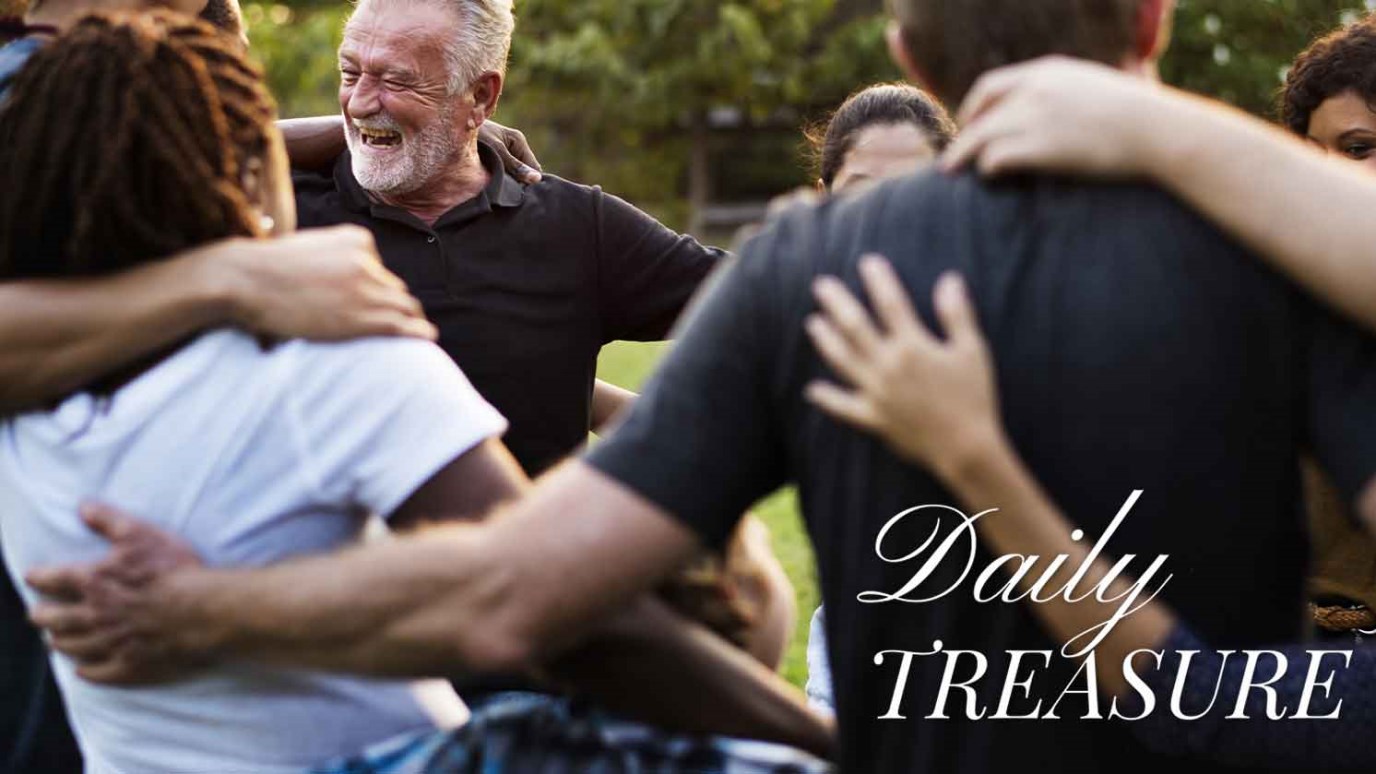 When disaster strikes, what is your default mode? One of God’s most precious gifts to His people is the priceless treasure of community.

Then Jehoshaphat was afraid and set his face to seek the Lord, and proclaimed a fast throughout all Judah. And Judah assembled to seek help from the Lord; from all the cities of Judah they came to seek the Lord. (2 Chronicles 20:3-4)

Jehoshaphat follows the call of God in 2 Chronicles 7:14. He reacts to his sin and Jehu’s exhortation with humility rather than arrogance and pride. His first steps indicate the king recognized the root cause of his sin was a neglect of God’s Word that led to independence from God. He commissions teachers, priests, and judges to teach God’s Law with genuine hearts of faith. All feels right with the world, but God’s enemies don’t take a vacation and King Jehoshaphat receives news that strikes fear into his heart.

Now remember, this king has an army of over 1,000,000 mighty fighting men. He has fortified the walls around his kingdom. He has taken on the huge task of calling God’s people back to a genuine relationship to Him. Yet, this news terrifies him.  Previously, Jehoshaphat entered into alliances with immoral kings, concluding God’s protection was not enough. What will Jehoshaphat’s response be to this impending disaster?

After this the Moabites and Ammonites, and with them some of the Meunites, came against Jehoshaphat for battle. Some men came and told Jehoshaphat, “A great multitude is coming against you from Edom, from beyond the sea; and behold, they are in Hazazon-Tamar” (that is, Engedi). Jehoshaphat was afraid … (2 Chronicles 20:1-3a)

Of course he was afraid! Three enemy nations formed an alliance and assembled their armies to take down King Jehoshaphat and the people of Judah. If they succeeded, the people depending on Jehoshaphat to protect them faced death, maiming, and slavery. Judah would be no more. Would fear drive Jehoshaphat to seeking help outside of God, or would he by faith, humble himself and cry out to God for help?

Jehoshaphat was afraid and set his face to seek the Lord, and proclaimed a fast throughout all Judah. And Judah assembled to seek help from the Lord; from all the cities of Judah they came to seek the Lord. (2 Chronicles 20:3b-4)

Jehoshaphat humbles himself and seeks the Lord. The fruit of Jehoshaphat’s past humility and his commitment to lead the people in genuine worship and the transformation of their hearts by God’s love bears enormous fruit.  Instead of sending out an SOS to other kings, Jehoshaphat turns to the Lord and then to the covenant family. His time with God leads him to “proclaim a fast throughout all Judah.” Judah followed the king’s example and they “assembled to seek help from the Lord; from all the cities of Judah they came to seek the Lord.”

Let’s camp out in this terrifying yet sacred moment in the history of God’s people. The people of Judah trusted Jehoshaphat so much, that instead of staying home to shore up their own towns, they gathered as one people. This is not a small crowd. 1,000,000 fighting men have families: mothers, fathers, wives, brothers, sisters, son, daughters, and babies.

Meanwhile all Judah stood before the Lord, with their little ones, their wives, and their children. (2 Chronicles 20:13)

This huge crowd unites in their commitment to worship and depend on their God. As one, they gather and seek help from the Lord with hearts of humility. Imagine the eerie silence as King Jehoshaphat steps forward. Each of his people leaning forward a little bit more, soothing whimpering babies, arms wrapped around sons and daughters a little tighter, young men and women holding onto their elderly grandparents, tears streaming down faces, some trembling with fear, all hopeful the King has God’s wisdom.

What a beautiful picture of covenant community. As one, they stood on the firm foundation of God’s law, expecting God to direct their steps against this fearsome enemy.  Are you facing a terrorizing enemy today? Social media keeps me connected to dear friends and I watch as they share their painful journeys. They don’t know what to do, so they ask those who love Jesus to unite in prayer for them. When disaster strikes, what is your default mode? One of God’s most precious gifts to His people is the priceless treasure of community. It’s in community that we can link arms and bring to God those places where we don’t know what to do. Do you have a circle of friends or a church where you can run for prayer when there seems to be no other hope?

Lord, each of us will face a day or days when we get news about an enemy so fierce our hearts will clench with fear. It might be a terrifying diagnosis, news of a betrayal, a prodigal child’s choices, a loved one struggling with drug addiction, losing a job and realizing we are one paycheck away from losing our homes. Oh Lord, we don’t know what to do, so our eyes are fixed on You. May You remind us we don’t have to walk this pathway alone. Strengthen us through our covenant community when we link arms and seek You through prayer.

What Should You Do When You Cannot Pray?
Chuck F. Betters
Follow Us
Grow Daily with Unlimited Content
Uninterrupted Ad-Free Experience
Watch a Christian or Family Movie Every Month for Free
Early and Exclusive Access to Christian Resources
Feel the Heart of Worship with Weekly Worship Radio
Become a Member
No Thanks