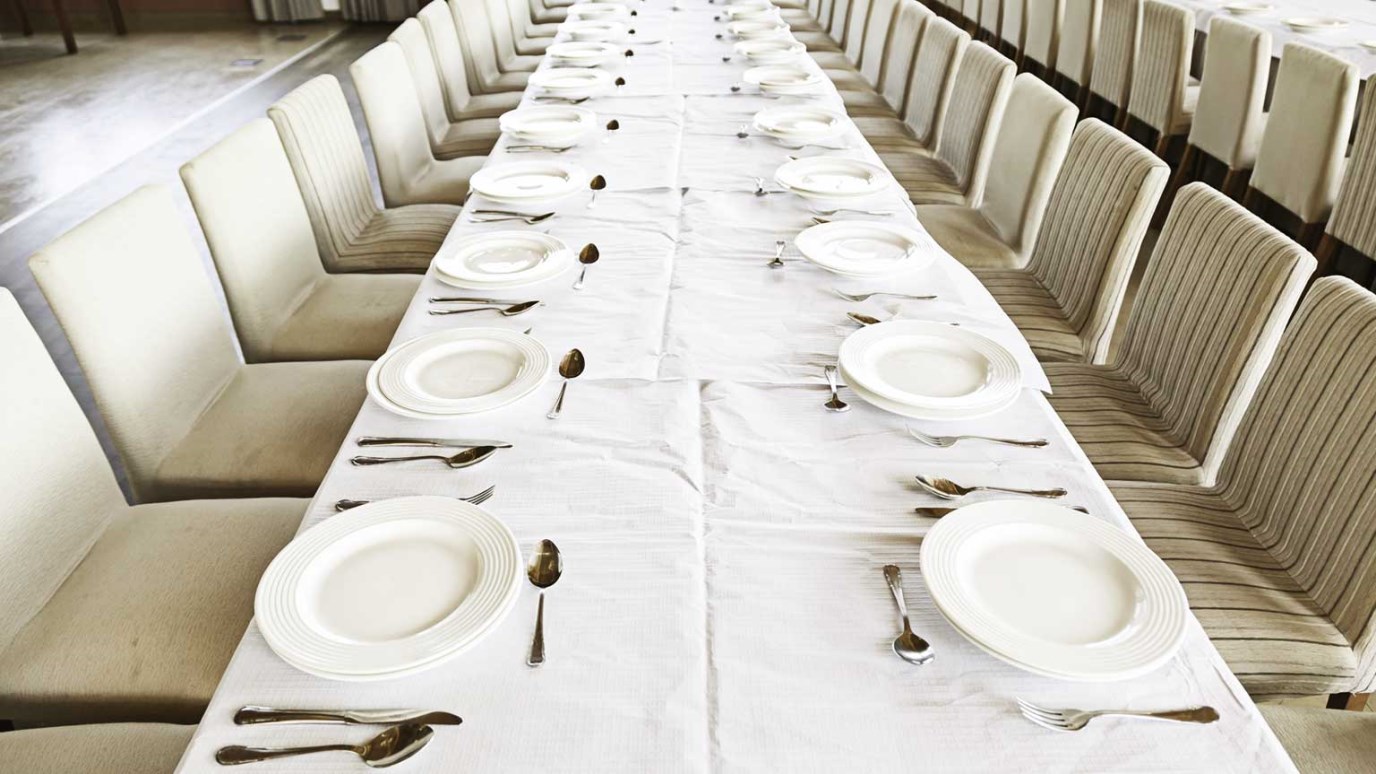 Show an atheist that you love them. Ray Comfort shares his experience having dinner with 40 atheists.

Most who profess atheism aren’t really “atheists.” After a few moments chatting with them about the fact that every building is proof that there was a builder, and that creation therefore is proof that there is a Creator, many change their minds. Or if, confronted with the fact that they believe that nothing created everything, they default to agnosticism, that something did create everything.

But then there’s the staunch atheist. This one is a challenge. He is the “new” atheist, is the marlin of deep-sea fishing, and he doesn’t give up easily. As a fisher of men, I have found that this type of atheist is always ready for debate. He will take the bait, the hook, and any line you give him, and give you a run for your money.

The staunch atheist has the zeal of a religious fanatic. He is fundamentalist in his belief that there is no God—and he is ready for a fight. For him, atheistic evolution is a hill to die on, because that worldview opens up a pleasurable world of immorality. He thinks that it gives his license for fornication, pornography and every other sinful pleasure his wicked heart desires. To him, there are no moral absolutes, because there is no God, and therefore no Moral Law. He is unreasonable, angry, and he is bitter at God and will color his speech by blaspheming the name of the God. The atheist is someone who pretends that there is no God.

Late in 2007, I was invited to have dinner with 40 atheists. This was a group, who, once a month gathered for dinner at the local International House of Prayer to discuss God, and how they don’t believe in Him.

I wanted to show these atheists that I loved them, as most in this category have the impression that Christians don’t like them. I didn’t go there to win an argument, but to win them.

A friend and I arrived about five minutes early, shook hands with them, and sat down. After the orders were taken, I quietly approached the waiter and told him to give me the bill for the entire party of 40 people. When he brought it to me I was almost shaking with excitement. If someone had tried to take it from me I would have physically fought them. I felt like I used to feel with my kids early on Christmas morning. When the group found out that I had personally paid the tab they were very grateful, polite, pleasant, kind, and extremely thankful. Listen to 1 Peter 2:15. “For this is the will of God, that by doing good you may put to silence the ignorance of foolish men.” The experience was a highlight of my life.

Then about ten of us huddled around a table and talked about the things of God for about an hour. It was up close and personal. My friend, Mark (the Dean of our School of Biblical Evangelism) answered every question and objection they had, calmly and eloquently.

I took copies of my new book, How to Know God Exists, and all the folks at our table wanted one (it’s a strange feeling signing books for atheists). Then we posed for pictures, and left, almost bursting with joy after such a wonderful opportunity to meet and talk with these people.

So next time you meet an atheist, see if you can buy him a hamburger. You will not only silence his mouth with food, but you will show him that you love him.

Will I Be Persecuted?
Revive Our Hearts
Follow Us
Grow Daily with Unlimited Content
Uninterrupted Ad-Free Experience
Watch a Christian or Family Movie Every Month for Free
Early and Exclusive Access to Christian Resources
Feel the Heart of Worship with Weekly Worship Radio
Become a Member
No Thanks