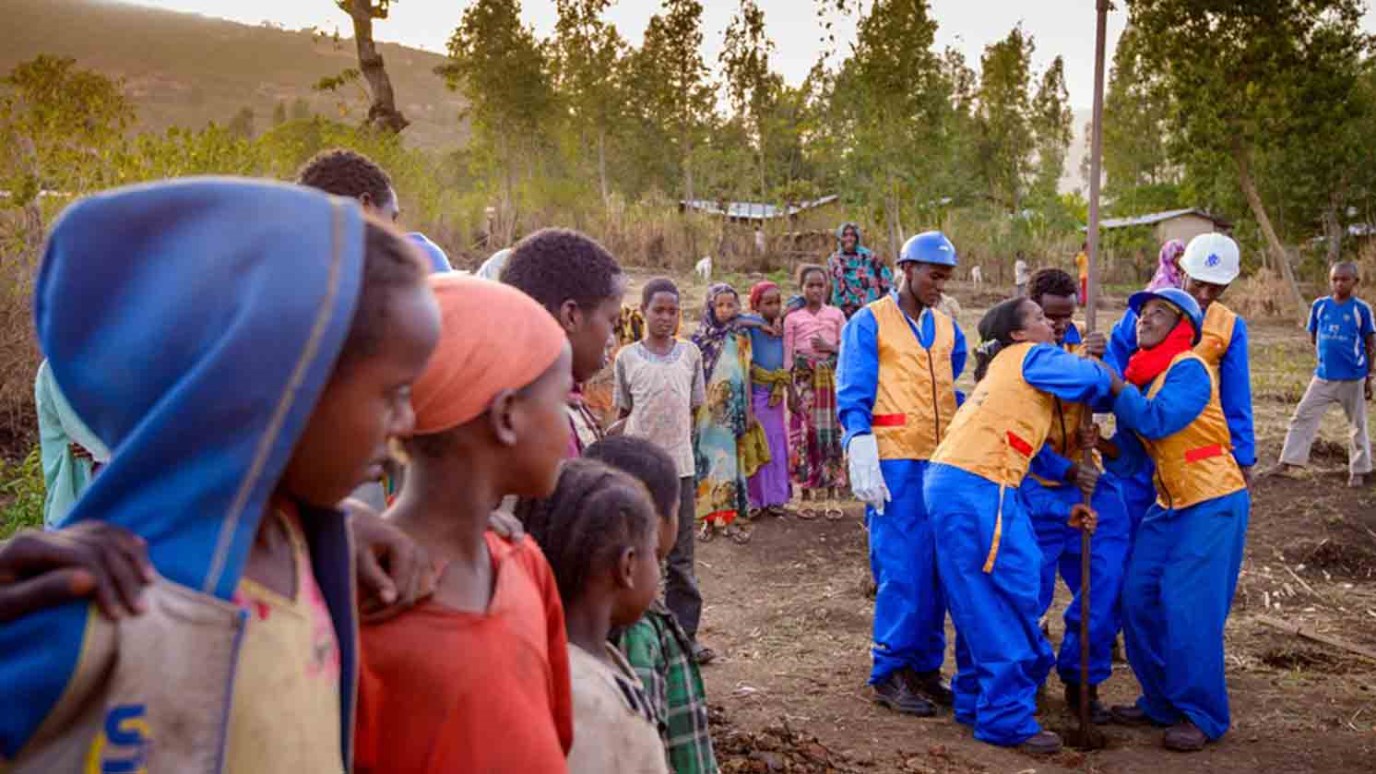 About 780 million people in the world lack access to safe drinking water. Some 2.2 million children die every year because of dirty drinking water and poor sanitation and hygiene.

Centuries after his death, Leonardo da Vinci continues to be a font of inspiration — in unlikely ways. A new water pump based on a da Vinci drawing promises to provide clean water to more than a million people in the next few years.

Oklahoma-based organization Water4 developed its pump after engineer Steve Stewart discovered a da Vinci drawing of a water pump. “I went back through one of his books and found the design he had for water raising,” Steve says.

Adapting da Vinci’s concept of a bellows pump, the Water4 pump features a plunger that forces trapped water to the surface — creating a system Richard Greenly, founder of Water4, describes as “elegantly simple.”

Encouraged by the results, World Vision’s Campaign For Every Child is partnering with Water4 to drill 7,000 wells in eight African countries over five years.

This groundbreaking campaign aims to help 10 million people by 2015. In addition to leveraging deep development expertise, World Vision also is testing new approaches that empower families to address critical challenges. The inexpensive technology will allow local entrepreneurs to secure their own rigs and establish well-drilling businesses — providing jobs and boosting the economy.

The drilling tools are constructed from materials available in most countries worldwide, and the drill kit consists of a variety of tools, each used in a different geological layer. As new layers are encountered, drilling can progress by simply switching to another tool in the set. This system can go down 150 feet, making it an economical alternative to mechanized drill rigs in many areas.

Now, where geology is suitable, the cost of drilling each well drops from about $13,000 to $1,000. The portable rigs are already being prepared to send to Ethiopia, Mali, Malawi, Mozambique, and Zambia — countries where World Vision’s Campaign For Every Child is working to provide rural communities with clean, accessible water.

About 780 million people in the world lack access to safe drinking water. Some 2.2 million children die every year because of dirty drinking water and poor sanitation and hygiene.

But Richard is optimistic: “In our lifetime, we can see the end of the water crisis — we totally believe that.”