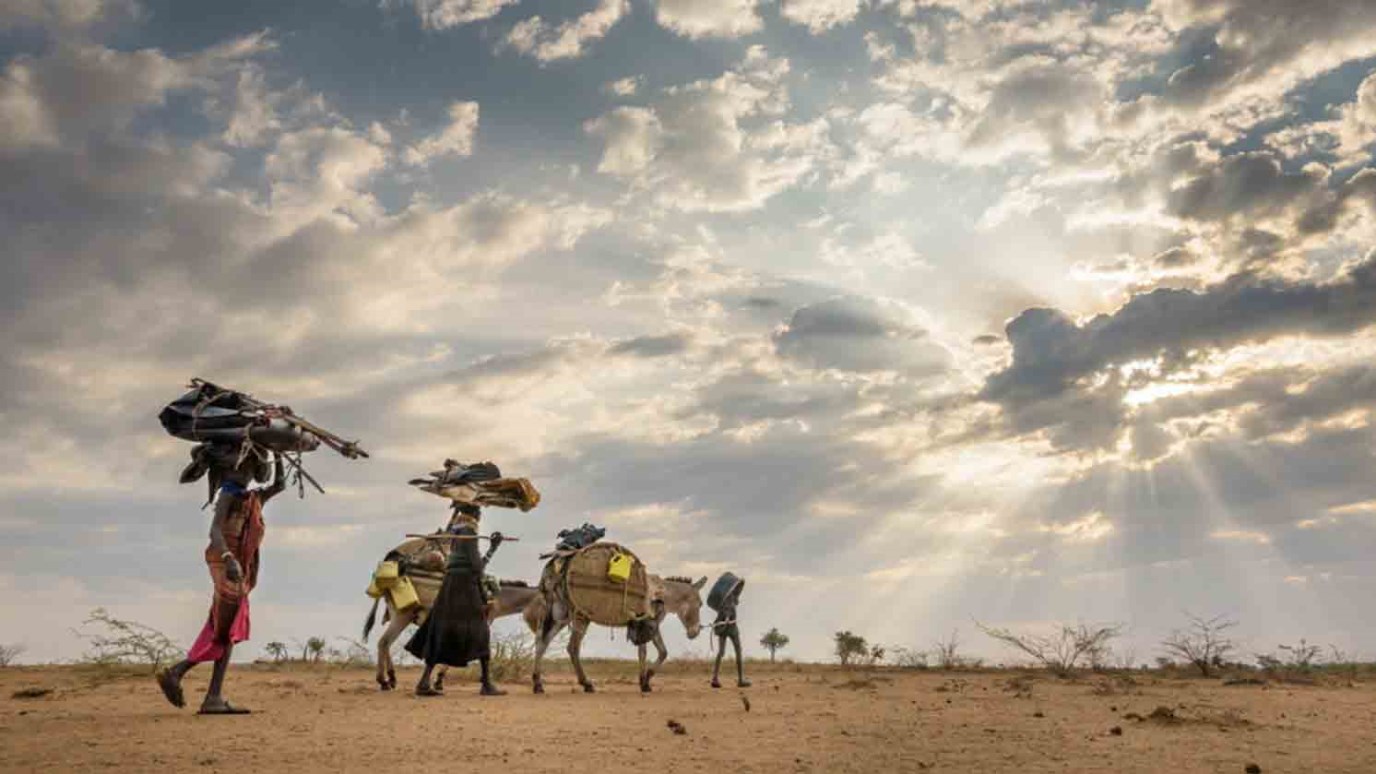 In drought-affected Kenya, Lopenyon Marwa and her grandchildren traveled for four days hoping to find food for themselves and their last two donkeys.

It was three days since they’d eaten and they’d spent the walking in 90-degree weather.

“All of our animals are dead,” says Lopenyon. The family used to have four cows, 100 goats, and 5 donkeys. Now they only have two donkeys as one of the donkeys died on this journey.

Lopenyon skinned the animal and carries it with her on her head. She uses it a shelter, an umbrella, and a mattress.

“This is the most terrible drought,” she says. “All my children are scattered.”  She left her daughter behind in their village but hopes she will join her. “We are hoping to find government relief,” she says. The family needs food, medicine and water.

“People are living in fear,” says Michael Losiru, the assistant chief of Nanaam, a community near the border with South Sudan. He is exhausted after failing to foil a livestock raid in which five people were killed and 275 animals taken. Nanaam means “water,” but there is little to be found.