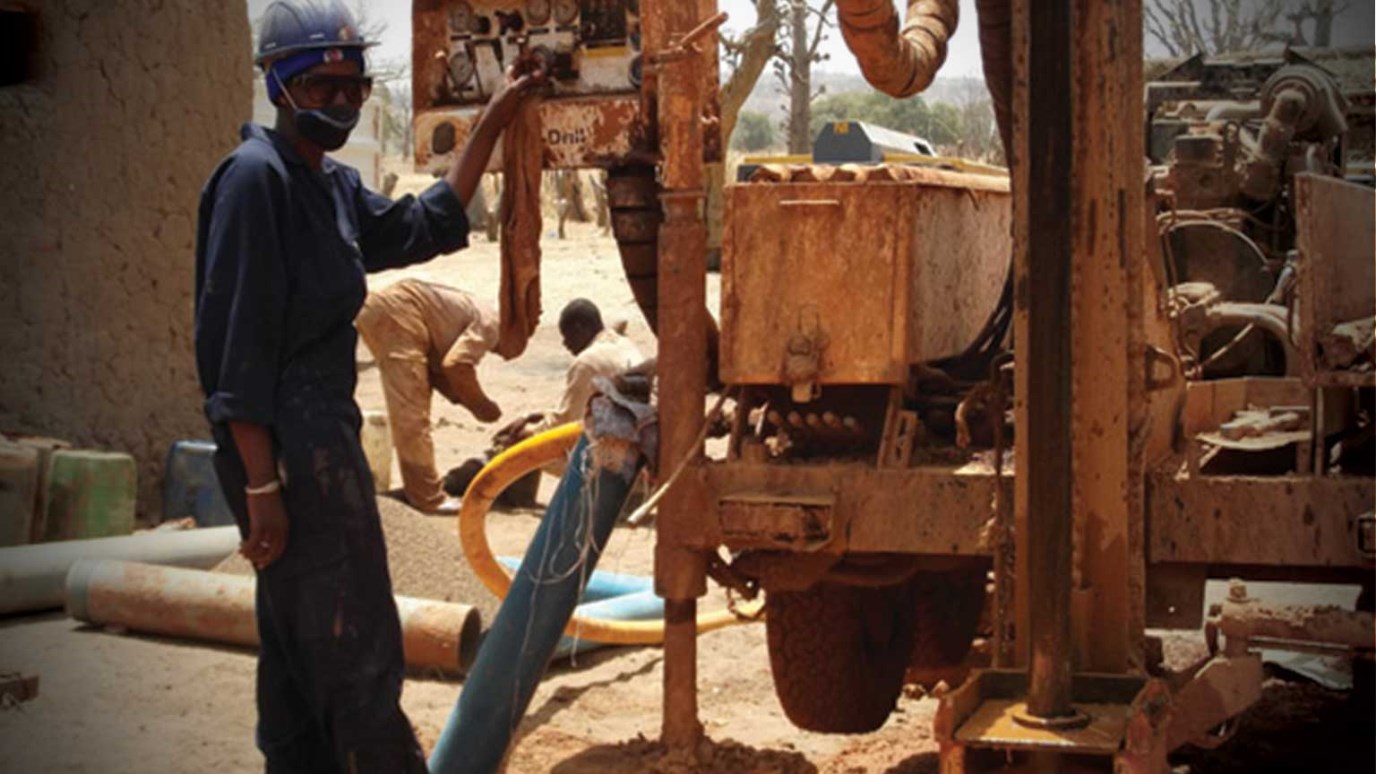 In Africa, drilling for water is typically a man's job. But Lucie Bibata Dembele is defying this norm, managing two of World Vision's drilling rigs and the 6-men teams that operate them! See what it's like to be a woman in this role.

In Africa, drilling for water is typically a man's job.

But Lucie Bibata Dembele is defying this norm, managing two of World Vision's drilling rigs and the 6-men teams that operate them!

See what it's like to be a woman in this role.

When a village in Africa receives a well that brings clean water, it’s women and children who often spend hours every day carrying water who benefit the most. But it is usually men who design and build the water systems.

In Mali, Lucie Bibata Dembele is breaking those norms. Lucie manages two of World Vision’s drill rigs and the teams of 12 men that run them.

She is the only female drill rig manager for World Vision, not only in Mali but in the entire West Africa region.

"I think my role is important because women can see another woman who fights for them. That can give them courage in all their activities, whether domestic or financial. For that, I know my effort will not be in vain," says Lucie.

Daniel Maizama, World Vision’s associate program director, for the WASH (Water, Sanitation, and Hygiene) Plus program in Mali, says, “It is important to have a female drill rig manager, not only to demonstrate to the world that what men can do, women can do even better, but also (it's) important to give an example to other women who think this work is only for men.” (WASH Plus combines programming to improve water, sanitation, and hygiene with some other issue that's essential to community development, such as health, nutrition, or livelihoods.)

With a bachelor’s degree in geology, Lucie originally planned to go into mining, where there is potential to earn a lot of money. Instead, she chose to pursue drilling for water, because the reality of bringing clean water to those in need is more meaningful. In fact, it is the part of her job that inspires her the most.

On average, it takes 2.7 days for one of World Vision’s rigs to reach a depth of at least 60 meters (about 197 feet), which provides an appropriate flow of water, resulting in a successful borehole and well.

During the operation, drilling teams stay in the communities where they are working, often in basic conditions. The days are long, and the travel from one site to another can be very rough. It is a physically demanding job, and crews are often exposed to diseases that are endemic in rural areas. When she was interviewed for this article, Lucie was recovering from typhoid and malaria.

The communities where Lucie works are often surprised to see a woman leading the drilling team, and she sometimes receives questions and criticism.

“There are women who think my work is too hard to do, given the need to spend months away from family," she says. "Others think it is not ‘woman’s work.’”

Even with these challenges, Lucie says for her, one of the hardest parts of the job is when the rig doesn’t hit water. It’s a challenge to face the disappointed community and to move the rig to a new location. In these cases, World Vision’s hydrogeologist re-surveys whether there are other locations nearby for drilling.

Since becoming a driller with World Vision, Lucie has learned how to operate the drill rigs and how to manage a team of men.

“It’s not complicated. I consider them my brothers. I respect them, and they respect me,” says Lucie. “There are people on the team who I can learn from; some with more than 10 years of experience. If I don’t know something, I just ask. Everyone is here for the same purpose.”

At a time when International Women’s Day (March 8) focuses on celebrating the achievements of women and calling for greater equality, it’s good to see Lucie Dembele succeeding in a traditionally male-dominated role in the water industry.

As Daniel Maizama says, Lucie is “a wonderful example to her friends and sisters to challenge men and make a positive difference.”