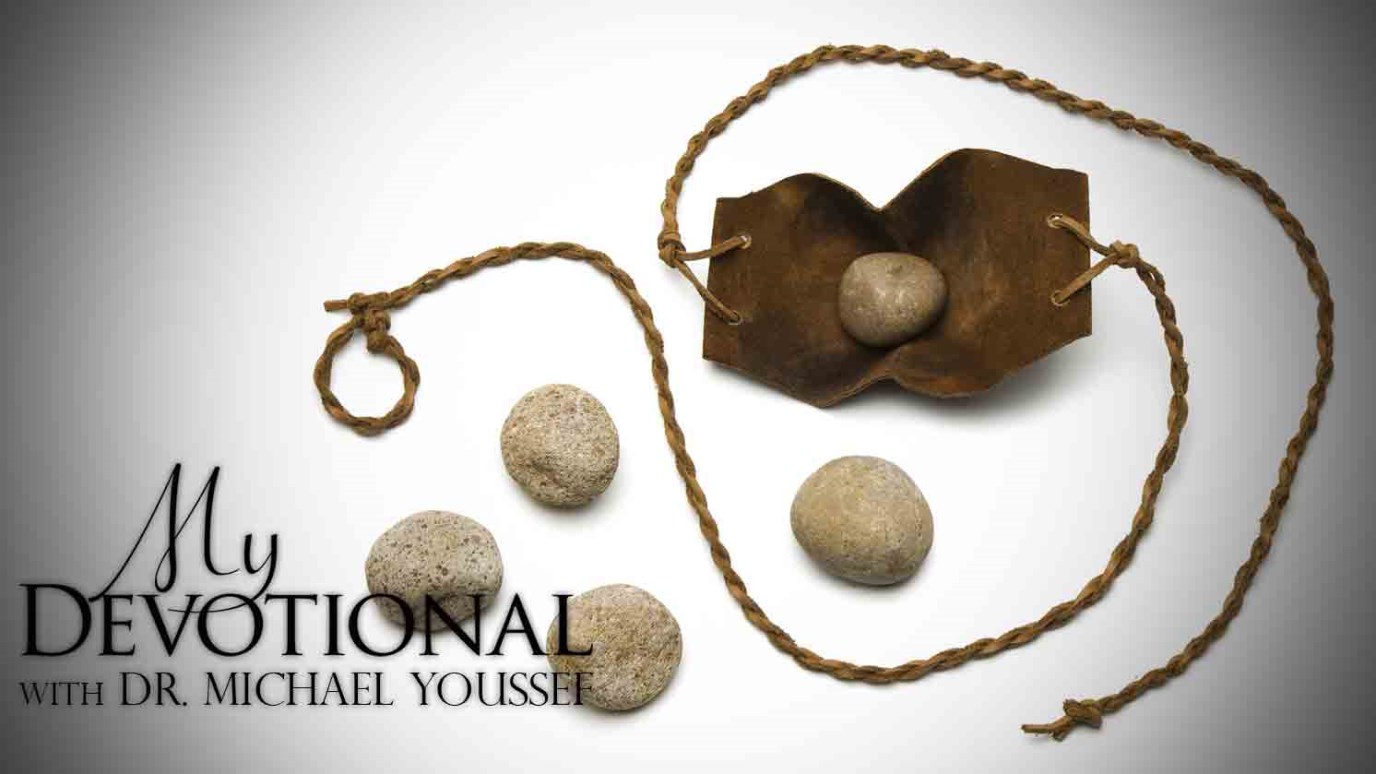 When your perspective is founded on the Rock of Ages, then you will be able to defeat the giants in your life.

All of us face giants in our lives, whether individual, national, or global giants. What makes the difference between defeating these giants and these giants defeating us?

When Goliath was mocking the people of God, everyone was shaking in their boots until a shepherd boy with a godly perspective entered the camp. He took one look at the heavyweight champion of Gaza and said, "Who is that Philistine in comparison with my God?"

The shepherd boy understood that what was taking place was a spiritual battle between the living God and Satan. David, the young shepherd boy, was a foreshadowing of the Lord Jesus Christ, Chief Shepherd of the sheep.

David placed a stone in his sling, a foreshadowing of the Rock of Ages, and he aimed it at Goliath's forehead and yelled, "Timber!"

When David came and saw how this giant was mocking the people of God, he was filled with awe - not of the giant, but of his God. David's secret to victory was his right view of God: "Oh Lord, our Lord, how majestic is your name in all the earth!" (Psalm 8:1). David's perspective was founded on the Rock of Ages.

When your perspective is founded on the Rock of Ages, the only one who defeats giants, whether real or imaginary, then you, too, will be able to defeat the giants in your life.

Prayer: Rock of Ages, I pray that my perspective would be founded on You. Help me to remember that, with Your help, I can defeat the giants in my life today. I pray in the name of Jesus. Amen.

Freedom in the Desert
Brenda Emmons

Own Your Own Faith
Wendy Pope

Jesus, My Peace
Wendy Blight
Follow Us
Grow Daily with Unlimited Content
Uninterrupted Ad-Free Experience
Watch a Christian or Family Movie Every Month for Free
Early and Exclusive Access to Christian Resources
Feel the Heart of Worship with Weekly Worship Radio
Become a Member
No Thanks