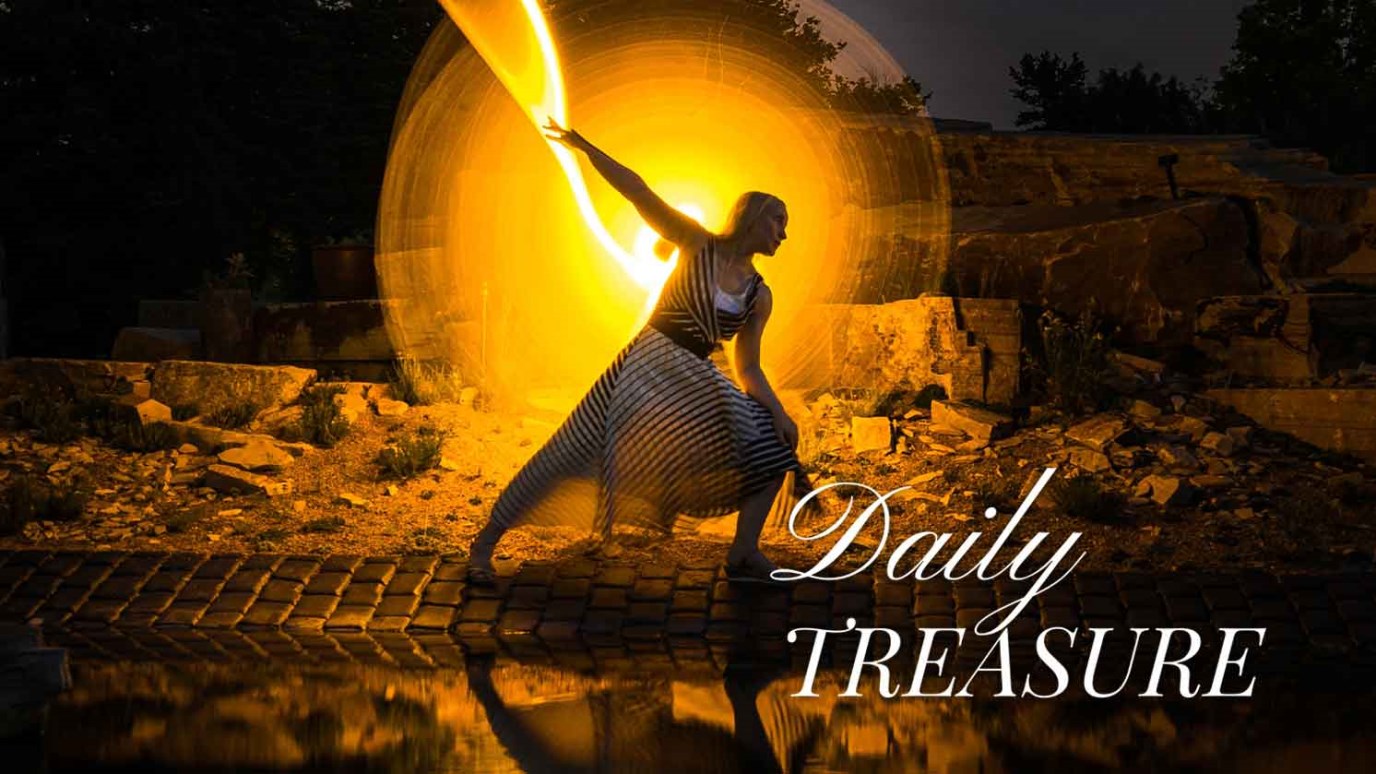 It is clear that Deborah’s dependence on God equipped her for the task of bringing order and life back to her village.

Village life ceased, it ceased in Israel, until I, Deborah, arose, arose, a mother in Israel.

The story in yesterday’s devotional is very relevant for so many of us. Our natural inclination is to run away from a toxic relationship. Yet, often the Lord wants us to learn how to engage this person or situation in a way that patiently and carefully reflects His character and family traits.

The prophetess Deborah lived in a toxic place. For 20 years, Jabin king of Canaan and his military commander Sisera cruelly oppressed the Israelites. Fear reigned in their towns. They could not safely travel from city to city, and they had no weapons against Sisera’s army of 900 iron chariots.

When God’s people cried to the Lord for help after enduring years of oppression, He sent Deborah. What an assignment. She was the first and only woman to lead Israel.  Deborah held court under the Palm of Deborah between Ramah and Bethel in the hill country of Ephraim, and the Israelites came to her to have their disputes decided (Judges 4:4-5). What equipped her for such a task?

Imagine Deborah sitting under the palm tree, lines of Israelites waiting for their turn to air their complaints, hoping Deborah would judge in their favor. Deborah listened as these broken people described the chaos of their lives, how fearful they were to travel because of marauding enemies, the lack of food and a means to support their families. Imagine the petty fighting that permeated the neighborhoods because of the unending fear. It seems Deborah finally had enough because she declares until she “arose, arose a mother in Israel” village life had ceased. This passage is pregnant with precious truths, but for our purposes, put yourself in Deborah’s shoes. She faced what seemed to be an insurmountable crisis in her village, not much different than the kinds of crises many of us face in our own personal villages. Deborah rose up as a warrior woman for her God. God calls on us to rise up as warrior women as well.

What equipped Deborah for this impossible task? Read Deborah’s song after the victory in Judges 5. Here we learn of her relationship to the Lord. It is clear that Deborah’s dependence on Him equipped her for the task of bringing order and life back to her village.

The mother in Sunday’s devotional acknowledges her prodigal daughter’s rebellious life and destructive choices drove her to the Cross, where God’s Word transformed this mother’s heart. Every day she asks the Lord to show her a specific way to build a bridge to her daughter, hoping one day the Lord will turn her daughter’s heart toward Him. Her actions may seem so insignificant at times, but she watches for signs her daughter’s heart is softening. More than once, this prodigal daughter has asked her mother for prayer, even though she herself questions the existence of God. Are these prayer requests signs of coming new life?

Deborah turned to the Lord for instructions in how to face this insurmountable mountain of pain. His directions sounded absurd! You can read Judges 4 – 5 for the exciting story. As you spend time soaking up Scripture and praying specifically for how to pour life into a dying relationship, be willing to do whatever God tells you, no matter how insignificant the act appears or how counter intuitive.

Word of caution; be careful if you are eager to “set someone straight.” My first response to bad choices by someone I love is to quickly judge and speak righteousness. However, that “righteousness” often comes out as self-righteousness and dismal judgment that builds walls rather than bridges. I, too, am learning about this “duct tape season” of life!

God plants life-giving seeds through seemingly insignificant acts of kindness. As you pray and act, watch for those treasures in the darkness, sent by Him to remind you that He is the Lord your God and calls you by name.

Scope out your “village”. Which relationship makes you want to run away? Ask the Lord to give you a glimpse into that person’s life and heart. How can you reflect your hope in the Lord into their day? How about a text, email or phone call where you express love and confidence in them? Would a few homemade cookies in a baggie with a bow and Post-it note help a stressed co-worker get through the day?  How about your middle school child or high schooler? Is today a good day to surprise them with ice cream and a trip to the park? Does a weary young mom need a break? Offer to take the kids for a few hours so she can do whatever will rejuvenate her spirit – no house cleaning allowed! Note in your journal who is in your “village” and how you will encourage them today.

God gives treasures in the darkness to the broken person, but also to the encourager who travels into the darkness with her. Is it time for you to arise with renewed strength and determination to revive the life in your “village”?

Oh Lord, I want to be a warrior woman who recognizes the dying places in my “village.” Show me those places, and how to rise up with the purpose of dying to self, if necessary, as a means of planting seeds designed to bring new life to dying places.

Help! Our Only Child Was Murdered ...
Chuck F. Betters
Follow Us
Grow Daily with Unlimited Content
Uninterrupted Ad-Free Experience
Watch a Christian or Family Movie Every Month for Free
Early and Exclusive Access to Christian Resources
Feel the Heart of Worship with Weekly Worship Radio
Become a Member
No Thanks