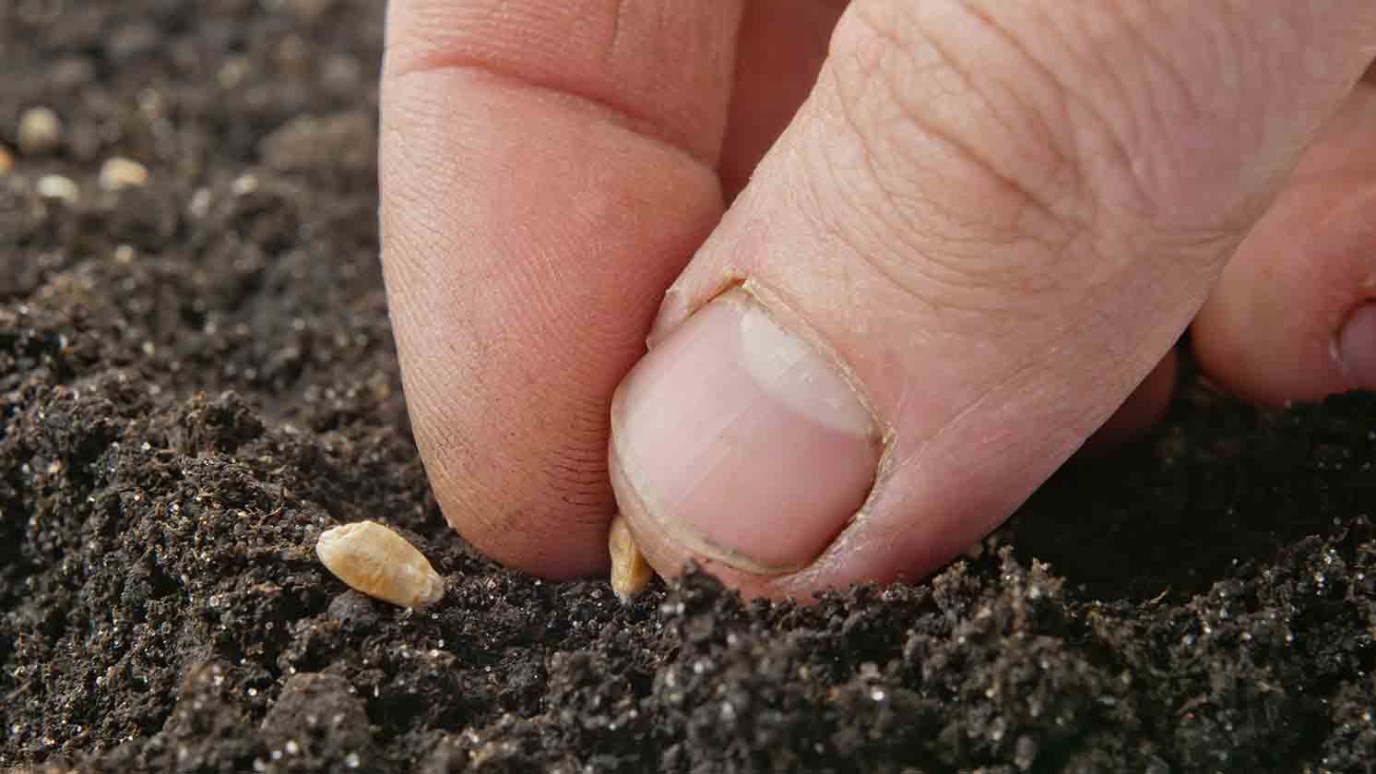 Regardless of size, all seeds will stay as “dead” seeds unless they are put in the ground. The act of gardening is like performing a burial, just as these opening verses from the Gospel of John suggest.

Unless a grain of wheat falls into the earth and dies, it remains by itself, alone; but if it dies, it bears much fruit. (1)

I spent this last weekend sowing seeds in my garden. Some of these seeds, like the sugar snap peas, were quite large seeds. Others like my broccoli, cauliflower, chard, and kale were tiny. I had to look closely to make sure I was getting them into the dirt where they will hopefully come to life and take root, rather than flinging them about as I covered them with their blanket of soil.

Regardless of size, all seeds will stay as “dead” seeds, unless they are put in the ground. The act of gardening is like performing a burial, just as these opening verses from the Gospel of John suggest. Seemingly, dead seeds are buried within the soil, which itself is an ecology of dead or decomposing material. Yet, out of this world of death, the gardener trusts that living things will rise and produce a bountiful harvest.

For Jesus, his season to “fall into the earth and die” was fast approaching when he shared this agrarian metaphor with his followers. He had borne a great deal of fruit in the short, three years he ministered, taught, loved, and lived among the people of Israel. But now, his hour had come and the cross lay ahead of him. Now, he says, my soul has become troubled and what shall I say, Father, save me from this hour? (2)

Rather than taking the way of self-preservation, he would offer his life like a grain of wheat. He would die. He would be buried in the darkness of the earth, but as a result he would bear even more fruit than he had while he was alive. Despite what lay ahead of him, and despite the trouble in his soul, he affirms: For this purpose, I came to this hour. Father, glorify Thy Name.

While there are many formal theories of atonement, the Bible uses rich metaphors to explore the nature and essence of Christ’s redemptive work. Jesus often used agrarian or gardening metaphors to teach his followers about his own death. As recorded in John’s Gospel, Jesus indicates that his death would be a path to abundant life resulting in the production of much fruit: “The hour has come for the Son of Man to be glorified… unless a grain of wheat falls into the earth and dies, it remains by itself alone, but if it dies, it bears much fruit.” Charles Spurgeon, the nineteenth century theologian and preacher, wrote that this passage of Scripture is rich with paradoxical statements describing the nature of atonement itself:

“[P]aradox is this—that his glory was to come to him through shame…[that] the greatest fulness of our Lord’s glory arises out of his emptying himself, and becoming obedient to death, even the death of the cross. It is his highest reputation that he made himself of no reputation. His crown derives new luster from his cross….We must never forget this, and if ever we are tempted to merge the crucified Saviour in the coming King we should feel rebuked by the fact that thus we should rob our Lord of his highest honour.”(3)

Spurgeon expands on the paradoxical nature of death bringing forth life. It is only through the cross, just as a kernel of wheat must die in order to produce a harvest, that new life in Christ and reconciliation with God are accomplished. Most powerfully, Spurgeon notes that this teaches us where the vital point of Christianity lies. “Christ’s death is the life of his teaching. See here: if Christ’s preaching had been the essential point, or if his example had been the vital point, he could have brought forth fruit and multiplied Christians by his preaching, and by his example. But he declares that, except he shall die, he shall not bring forth fruit.”(4)

We see this paradox borne out every spring. Last fall, I planted seemingly dead bulbs. Nothing to look at, a drab brown, they were submerged under the dark soil all winter. But now, as the winter darkness turns to the lengthening light of spring days, beautiful green leaves, shoots and stems burst forth. And in another week, I’ll be surrounded by their beautiful colors of pink, orange, yellow, and purple. Their glory disguised in ugly packaging, one bulb produces green leaves and flowers in abundance. So it is with Jesus’s passion and death: new life comes forth. Encased in the Cross of Golgotha is a beautiful, life-giving seed.

Long before the beauty of Easter morning, a tiny kernel of wheat dies—it lays buried, seemingly dead underground. This is a great paradox and a great hope: that what has died will come to life and bear much fruit.