Dealing with Disrespect in Your Teenager 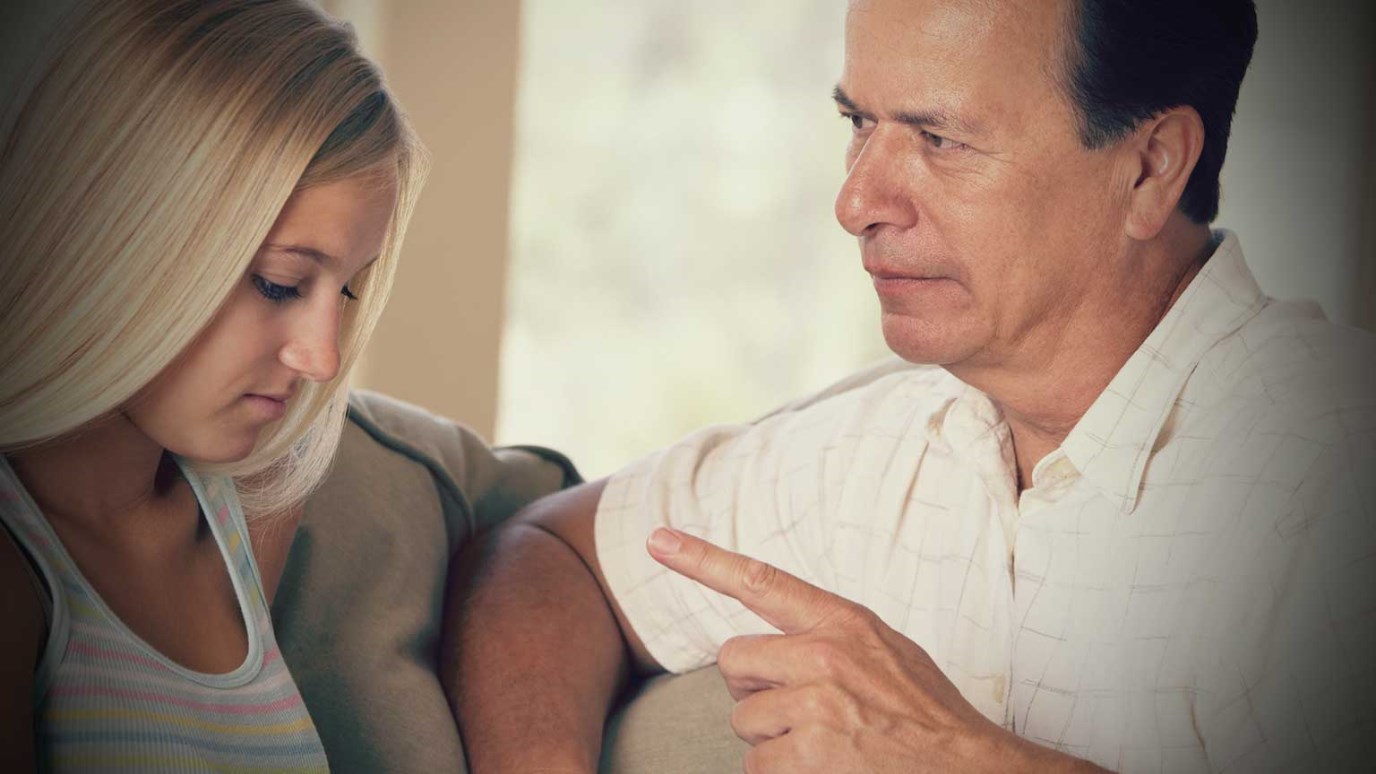 Disrespect is one of the biggest problems in families today. Mark Gregston shares the causes of disrespect in your teen's behavior and how to deal with it.

Disrespect is one of the biggest problems I see in families today.  While it can start with light jabs, if not checked, it can grow and evolve into all out punches.  It can become the way the child relates to parents and family, and it can even be passed from generation to generation. Parents who fail to correct disrespect out of fear that correction will hurt their relationship may actually bring harm to all of the relationships in their child’s future.

As any parent of a 13-year old knows, disrespect can be displayed by the roll of their eyes, an arrogant attitude, a sideways look, a turned back, cutting or barbed comments, sarcasm, pouting, or raging. And nowadays, it can include popping in the iPod ear buds, texting on the cell phone or playing the video game instead listening to a parent.  Disrespect can even include how the child treats your personal belongings; demonstrated by purposeful damage to your home or car, taking things without asking, or invading your privacy. These are all signs of disrespect.

But I don’t have to tell you to be watching out for disrespect in your teenager. You innately feel the sting of it when it happens.  And there’s no need to point it out to the teen either, since they know exactly what they are doing when they first begin exhibiting disrespect.

What causes disrespect to begin showing its ugly head? I find it can be sparked by others showing disrespect to the teenager, like an authority figure disrespecting or abusing them.  Or, it can come from the child mimicking the way his peers respond to their own parents or authorities. Children may also become disrespectful to distance themselves in front of their peers from parents they deem to be weak, dorky, behind the times, or just stupid. And step-children can often show disdain for their step-parents, just to show them that they aren’t their “real” parents.

Parents can even bring on disrespect in their children by exasperating them with too many unnecessary demands or inappropriate rules.  Winston Churchill said, “If you have ten thousand regulations you destroy all respect for the law.” That goes for household rules as well. Or, maybe the parent is failing to be respectful to the child, making the child feel as though they are unheard and their opinions don’t matter.

Disrespect can also be something learned from the parents…like a son who sees his father showing little respect for his wife, or a daughter seeing her mother talking disrespectfully about her husband (or former husband). I like what actor Tim Allen, father on the old TV show Home Improvement, said about it.  He said, “A dad needs to show an incredible amount of respect and humor and friendship toward his mate. If I respect Mom, they’re going to respect Mom.”

A parent cannot ask a child to show respect when they fail to demonstrate it themselves. So, be sure to model how to be respectful of others. If not, your children will pick up on your bad habits. Ask yourself, “Am I talking about and responding to others the right way, and treating them respectfully?  Am I gossiping in front of my children, or tearing others down?  Do I show respect to the authorities God has put in my life?”  Then ask a spouse or a significant person in your life what they see.  The goal is to get to the truth, and you must be willing to hear it and act on it. Look at your own attitudes first, because you can always make changes in yourself and that will model respectful behavior in your children.

Yes, respect is best learned when it is “caught,” but if not, it can also be taught.  Any Marine recruit understands that concept all too well.  Treating someone respectfully is a controllable choice regardless of one’s opinion of that person. In other words, I may not agree with or even like someone, but I can still treat them respectfully. It is easier and better for your teen to treat you respectfully if they actually feel respect for you, but sometimes feelings must follow action.

If your teen has been become disrespectful, it is time for things in your home to change. So, say this to your teen, “Honey, I love you – nothing you do or don’t do will ever take away my love for you – but we’re not going to live like this anymore.” Tell them that even if they don’t have feelings of respect for you personally, or even when they are mad at you, they will still treat you with all due respect in the way they act, speak, and engage with you. If not, they will have to deal with the consequences of lost privileges.

And remember this…it is never appropriate for your teenager to engage in a verbal tirade with you. So, if your teen ever becomes disrespectful in the way he speaks to you, don’t engage in mutual shouting matches. The better way is to simply disengage…leave the room, hang up the phone, or just stop the car and allow the teen to take a walk.  This demonstrates to the teen that whatever they wanted to accomplish by yelling or being disrespectful is off the table until they can speak more respectfully.  And it will send a clear message that disrespect is never allowed in the relationship.

The longer a parent waits to address disrespect in their teenager, the more entrenched the problem becomes, especially if the child finds they can gain some ground or get their way by exhibiting disrespect.  Whenever there are respect issues, the key is to deal with them immediately with stiff consequences. If you’ve not been respectful to your child or others, admit it, accept it, and apologize. Make speaking with respect a hallmark for yourself and for everyone in your home and you’ll see disrespect disappear from your child’s actions and attitudes.  It doesn’t mean that they’ll suddenly begin respecting you, or snapping to attention when you enter the room (not that you’d even want that), but at least they’ll learn to treat you with all due respect.