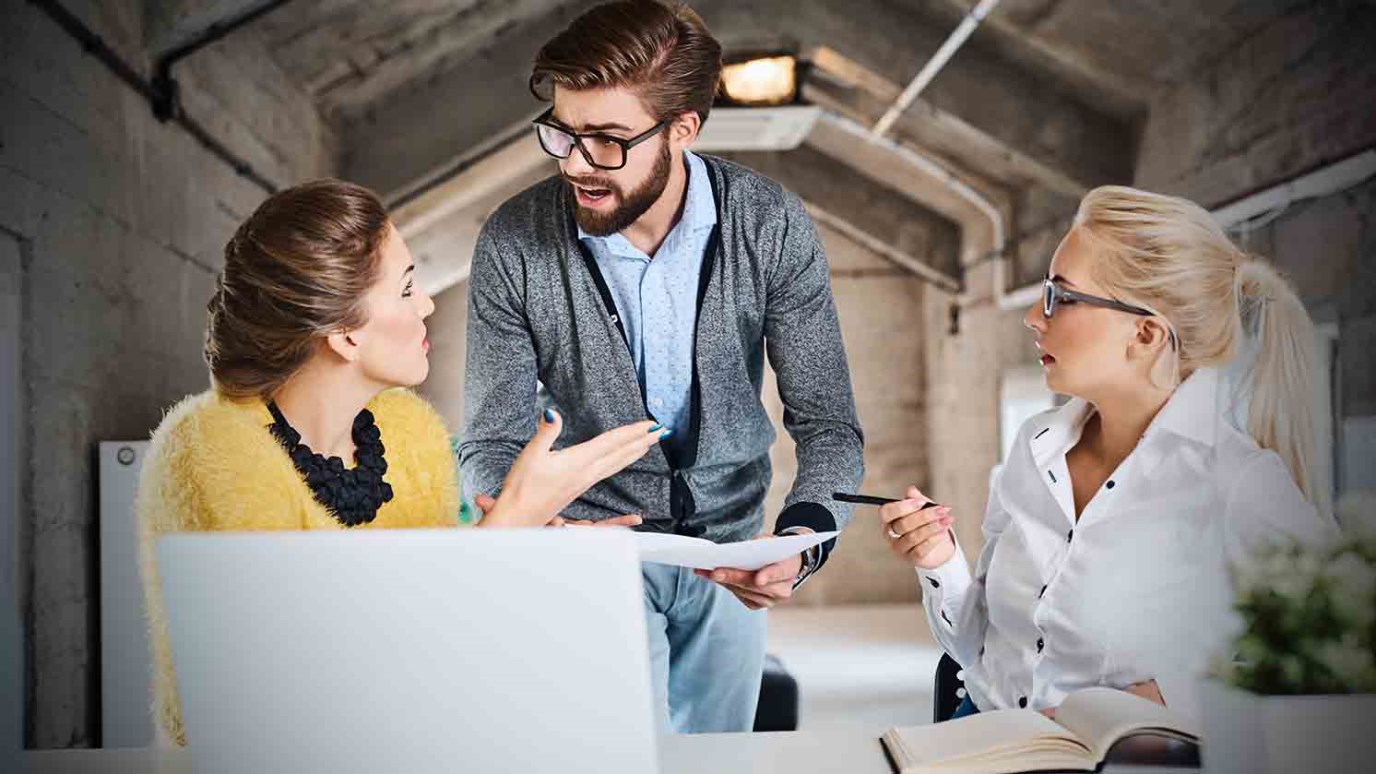 As we confront difficult people with God’s perspective, we must differentiate our feelings about how they behave and how we should respond.

Q: I mostly like my job, or at least I don’t mind the work, and I’m grateful for it. But I find that some of my coworkers are really the worst part of my day. They can be critical, mocking, annoying, and I find that most of my stress comes from dealing with a few bad apples. Some people go out of their way to make it difficult to get anything done. They are like roadblocks to peace or effectiveness. I know that God wants us to work, but what does He say about how to handle a difficult group of people, not just a job?

A: Be determined to enjoy your work more and to be bothered less by those who are difficult. You can find some excellent advice and examples in the lives of Daniel and Joseph, who literally faced life and death scenarios at work – caused by extremely difficult people.

When King Nebuchadnezzar defeated Israel in a war, Daniel was a young man selected for lifetime service in the court of his country’s conqueror. The king told his court officials “to bring into the king’s service some of the Israelites from the royal family and the nobility— young men without any physical defect, handsome, showing aptitude for every kind of learning, well informed, quick to understand, and qualified to serve in the king’s palace.”

As a young man, Joseph was sold into slavery by his jealous brothers. He first ended up in Egypt to serve Potiphar, Pharaoh's captain of the guard. Then later he ran the prison that had once held him after being falsely accused of attempted rape by Potiphar’s wife, because she was angry he wouldn’t sleep with her.

While you have the option of getting another job if you really find the people too much to endure, first consider that both Daniel and Joseph faced service with people they could not escape. Let’s unpack some key lessons we can learn from both of these Biblical examples.

Both Daniel and Joseph:

Daniel consistently outperformed everyone around him, leading to some seriously jealous coworkers who wanted him to fail. But we read in Daniel 6:4, “They could find no corruption in him, because he was trustworthy and neither corrupt nor negligent.” Both men, facing lies and intrigue, chose to put excellence and integrity first. They could have tried to play ball or office politics. They could have taken easier paths. But they held firm to being “a workman approved unto God.”

Many remember that in Joseph’s story, the boy sold into slavery rises to second in command of Egypt, making preparations for a famine that could have devastated the world. When faced with the opportunity to let his brothers who had sold him into slavery starve, he instead saved them all. After Joseph’s father died, his brothers offered to become his slaves because they were afraid that he would take his vengeance now that their father was gone. But Joseph cared for them, saying, “Don’t be afraid. Am I in the place of God? You intended to harm me, but God intended it for good to accomplish what is now being done, the saving of many lives. So then, don’t be afraid. I will provide for you and your children.”

Difficult people are a reality of life and certainly a part of most work places. But as we confront challenging people with God’s perspective, we need to differentiate our feelings about how others behave and how we need to respond. Jesus says in John 13:34-35, “A new command I give you: Love one another. As I have loved you, so you must love one another. By this everyone will know that you are my disciples, if you love one another.”

Jesus does not say people will be easy to love or even that they will receive it well. But he tells us to offer it – and -- that how we treat others is a sign of our relationship with Him. I highly recommend that you read about Daniel and explore Joseph’s life. Both men dedicated themselves to putting God first, no matter their circumstances, and to treating others righteously. This did not make every circumstance easy, but it did result in many blessings and the favor of God in their trials.

Why You Still Need the Gospel Today
Dr. Jack Graham

Who’s on Your Boat?
Beth Jones