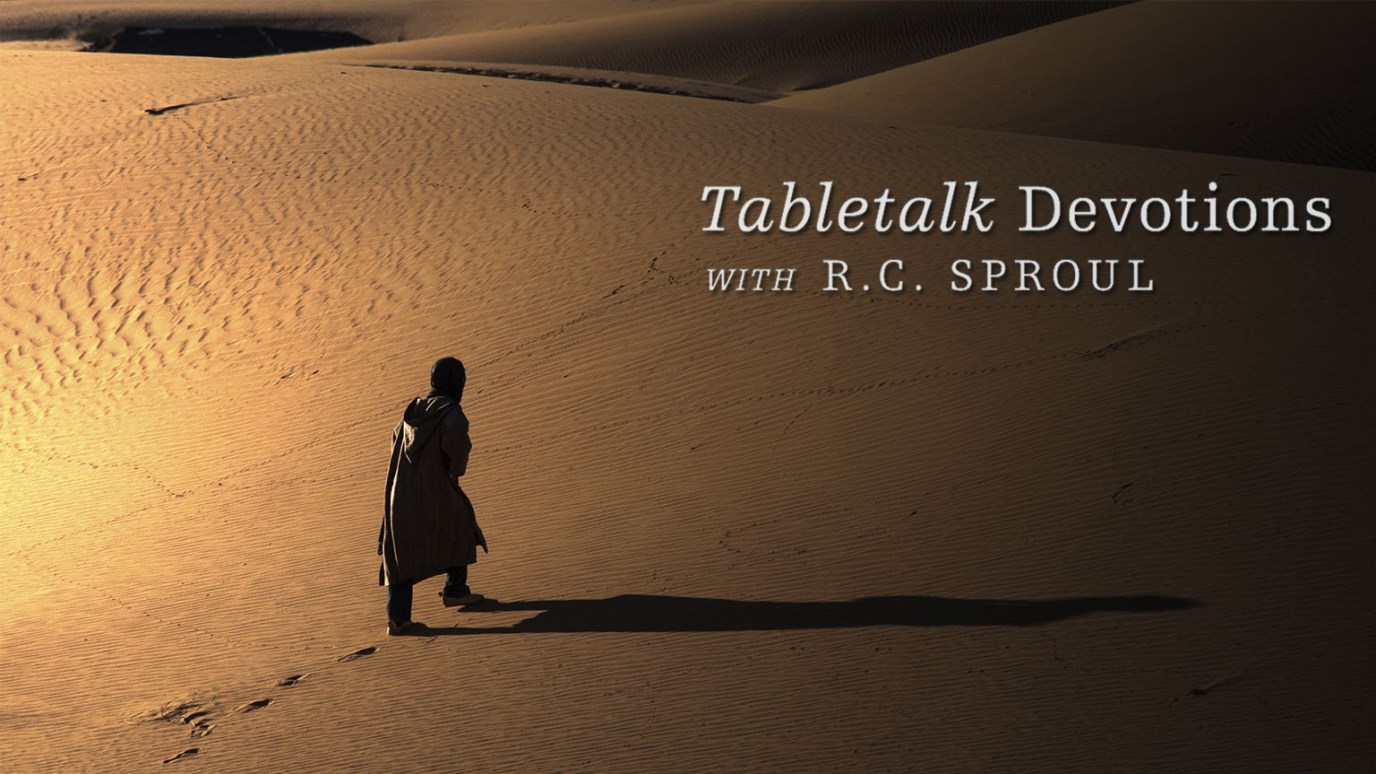 The faith that David exercised in his battle with Goliath was a gift from God. The faith by which we trust Him for salvation is also given by God.

“Then David said to the Philistine, ‘You come to me with a sword, with a spear, and with a javelin. But I come to you in the name of the Lord of hosts, the God of the armies of Israel, whom you have defied. This day the Lord will deliver you into my hand’” (1 Samuel 17:45–46a).

The Bible says nothing about David’s birth, infancy, and early childhood—except that David confesses that he was “brought forth in iniquity” (Ps. 51:5a). When he appears in the Scriptural record and is anointed by Samuel, he is already a young man. God’s words to Samuel on that occasion reveal that He has regard for David because of his heart qualities. But we learn little of the divine endowments that will make David great until we come to 1 Samuel 17.

A new military crisis involving the Philistines arises, and the two armies face off. But this time the Philistines propose settling the conflict by man-to-man combat between champions. Of course, the Philistines’ proposed champion is a giant of a man, Goliath of Gath, and neither Saul nor anyone else in the Israelite army wants to take him on. Goliath keeps prodding, teasing, and insulting Israel for 40 days—until Jesse sends David to the front with provisions for his brothers. When David hears Goliath’s challenge and sees the cowardice of the Israelites, he is aghast. This is an uncircumcised Philistine, David says, and it is not right for such a pagan to be allowed to cast reproaches on the people of God. So he vows to take on Goliath. Now we are beginning to learn about David’s character. Here we see he is a man of great faith, for he is confident that Yahweh will be with him to protect him and use him to bring down the enemy of God’s people. The Israelites question his ability to do it, and Goliath sneers when David stands forth. But David tells Goliath that “‘the battle is the Lord’s, and He will give you into our hands.’” Goliath is not dealing with a mere boy, but with a believer in Yahweh, one who knows that his people stand or fall by the word of their God, one who is confident that God will fight for His people. And so it happens that David’s small stone is guided by the hand of providence to Goliath’s forehead. He falls, and the Philistines flee.

This story is not just a legend, a morality tale designed to teach moral lessons. It is real history of a man of valor fueled by a strong and vibrant faith in the God of Israel. David was simply unwilling to hear the gracious God of Israel demeaned by an idolater. Trusting that God would use him as the instrument of Goliath’s destruction, David stepped out in faith. And God gave him success.

The faith that David exercised in his battle with Goliath was a gift from God. The faith by which we trust Him for salvation is also given by God. We do not naturally want to believe in God or trust Him; we do so only when He changes our hearts. Has God given you the faith to believe? Thank Him for it, and serve Him fearlessly.

Get on the Road to Recovery
Colin Smith

Things That Can Be Shaken
Dr. Charles Stanley
Follow Us
Grow Daily with Unlimited Content
Uninterrupted Ad-Free Experience
Watch a Christian or Family Movie Every Month for Free
Early and Exclusive Access to Christian Resources
Feel the Heart of Worship with Weekly Worship Radio
Become a Member
No Thanks