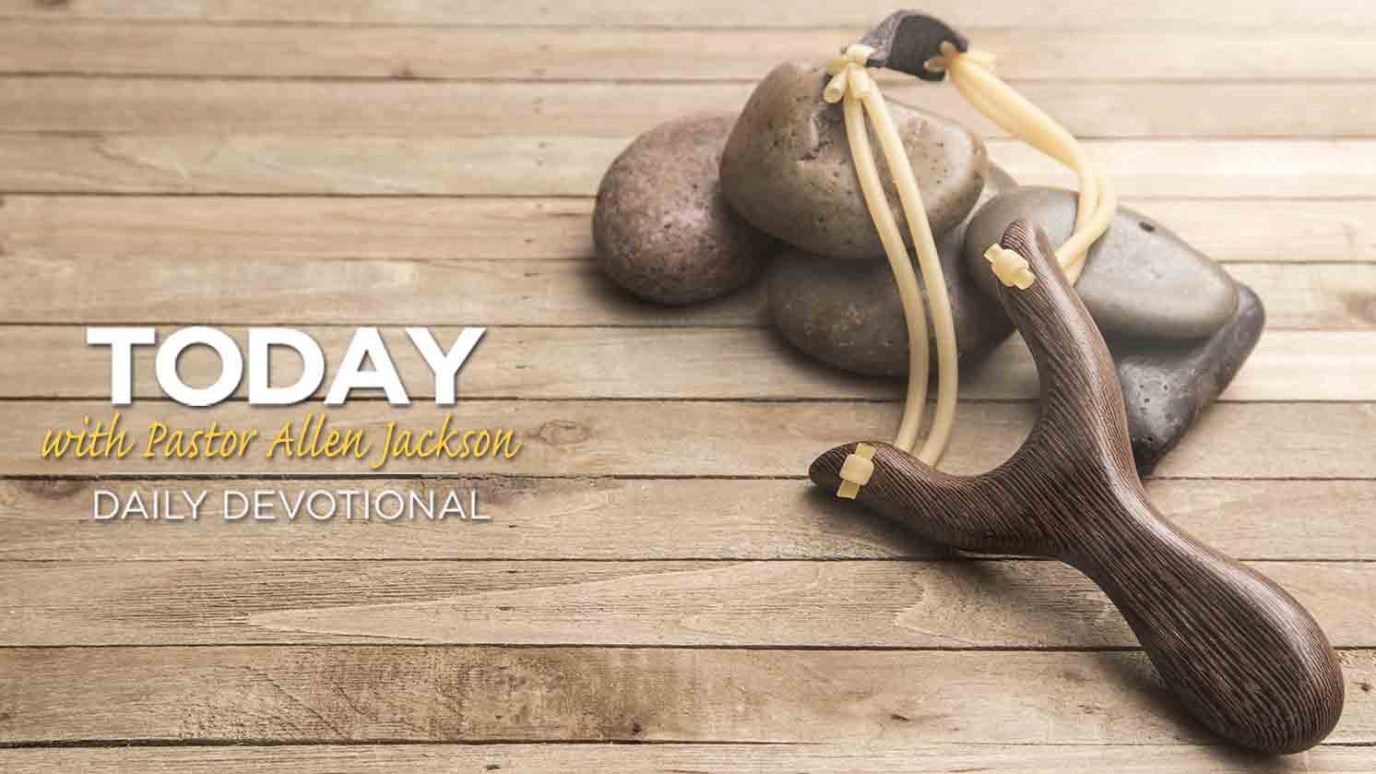 With a rock and a sling, God used a boy who believed in Him to impact the destiny of his own nation and the course of history.

David said to the Philistine, “You come against me with sword and spear and javelin, but I come against you in the name of the Lord Almighty, the God of the armies of Israel, whom you have defied. This day the Lord will deliver you into my hands.”

The Elah Valley is west and a bit south of Jerusalem, on the road toward the Mediterranean Sea. In antiquity, the Philistines lived in those coastal cities, and we’re told in Scripture that about a thousand years before Jesus, the Philistine armies marched toward the heartland of Israel and stopped on a ridge on one side of the Elah Valley. On the opposite side was the Israelite army. And every day, morning and evening, the champion of the Philistines would come into the valley and say, “It’s senseless to have a slaughter of all the armies. Let the champions fight, and whoever is victorious will be lord over the other.” For 40 days the Israelites heard that challenge, and the bravest men in the Israelite camp hid in their tents. I imagine morale was pretty low! Then God sent a teenager—a shepherd boy—into the midst of that, and he heard that challenge differently. David said, “He isn’t challenging the armies of Israel. He’s challenging the Living God. I don’t need your armor, and I don’t know how to use your weapons, but I’m pretty good with my sling.” And W

Heavenly Father, give me the courage of David to stand up for You. Give me endurance to be faithful when others oppose You and my morale is low. Reveal to me the things that are in my hand and how to use them to demonstrate Your power. And show me how to be useful in Your Kingdom. In Jesus’ name, amen.