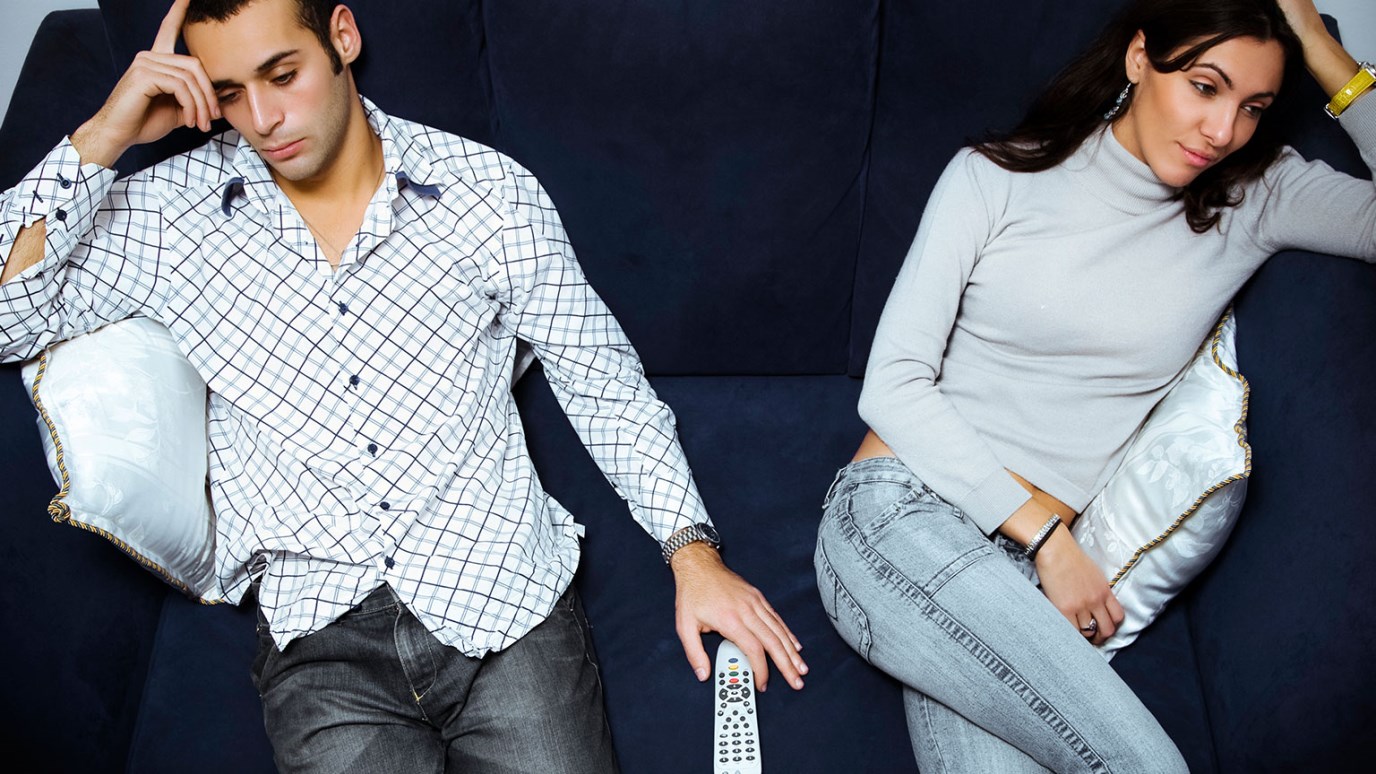 The problem with indifference is that it eliminates the possibility of anything ever being different. According to Christ's example, we must remain vulnerable, communicative and loving.

I hope I'm not the only woman who has ever said that.

Or the only woman who has felt her revealed heart pierced by a husband who glanced up from his video game, the back of the sports page or his fishing lure to say, "What?"

Or the infinitely worse scenario--a husband who refuses to avert his eyes from a selfish distraction mumbling only, "Mmm Hmmm."

But I have said those words. Shortly thereafter I followed them with, "Fine. We'll just live like roommates. I will mind my own business and he can keep doing his own thing."

The moment the words fell from my lips, I felt a cold, clear shield slide over my heart. I would no more be hurt by one-sided conversations, sideways hugs or the absence of common kindness. I too, could be indifferent. Maybe that was for the best. We could be married, monogamous, faithful in body and let our spirits roam the expanse of other relationships for emotional fulfillment.

It worked for a while. But the longer I contained my feelings and refused to expose them to my husband's insensitivity, and the longer that I emptied my heart only to girl friends over cozy cups of coffee, the wider the chasm stretched between my husband and me.

I thought about making up the guest bedroom, adding my bedside table, a lamp, a desk. I contemplated stocking the pantry with ready-made items so my husband could cook his own meals. In true roommate form, I thought about insisting that he vacuum the house every other week. But, it dawned on me, that would never work. He would never do it.

The problem with indifference is that it eliminates the possibility of anything ever being different.

Hours before Jesus went to the cross, He sat across the table from his twelve disciples and listened to them argue about which of them was the greatest. I imagine Jesus listened quietly for a while, then sighed and raised His voice just slightly above the clamor of their argument.

"'The kings of the Gentiles exercise lordship over them, and those in authority over them are called benefactors. But not so with you. Rather, let the greatest among you become as the youngest, and the leader as one who serves...I am among you as the one who serves.'" (Luke 22:25-27)

When I have been hurt or betrayed, my first reaction is to close up my heart; to pull down a clear, cold shield to protect myself. However, here is Jesus, mere hours from deep pain and betrayal by His closest friends, still entrusting them with truth, still fearlessly pouring His very nature into them.

John 16:32 says, "Behold, the hour is coming indeed it has come, when you will be scattered, each to his own home, and will leave me alone. Yet I am not alone, for the Father is with me."

There have been many times in my marriage when I have wanted to withdraw and revert to roommate status with my husband. But Jesus calls me to continue unveiling my heart, pouring my energy and investing my life into my husband even when he fails to do the same. He calls me to find comfort in the Heavenly Father who never abandons me or hides His love.

The truth is that my husband will never meet all my needs, and our marriage may never measure up to all my expectations. There will be seasons when I feel lonely and hurt. But according to Christ's example, I must remain vulnerable, communicative and loving. The Father's love is sufficient.

When You Think Your Mate Is Lying
Gary and Barb Rosberg

The Song That Is Solomon's
Nancy DeMoss Wolgemuth