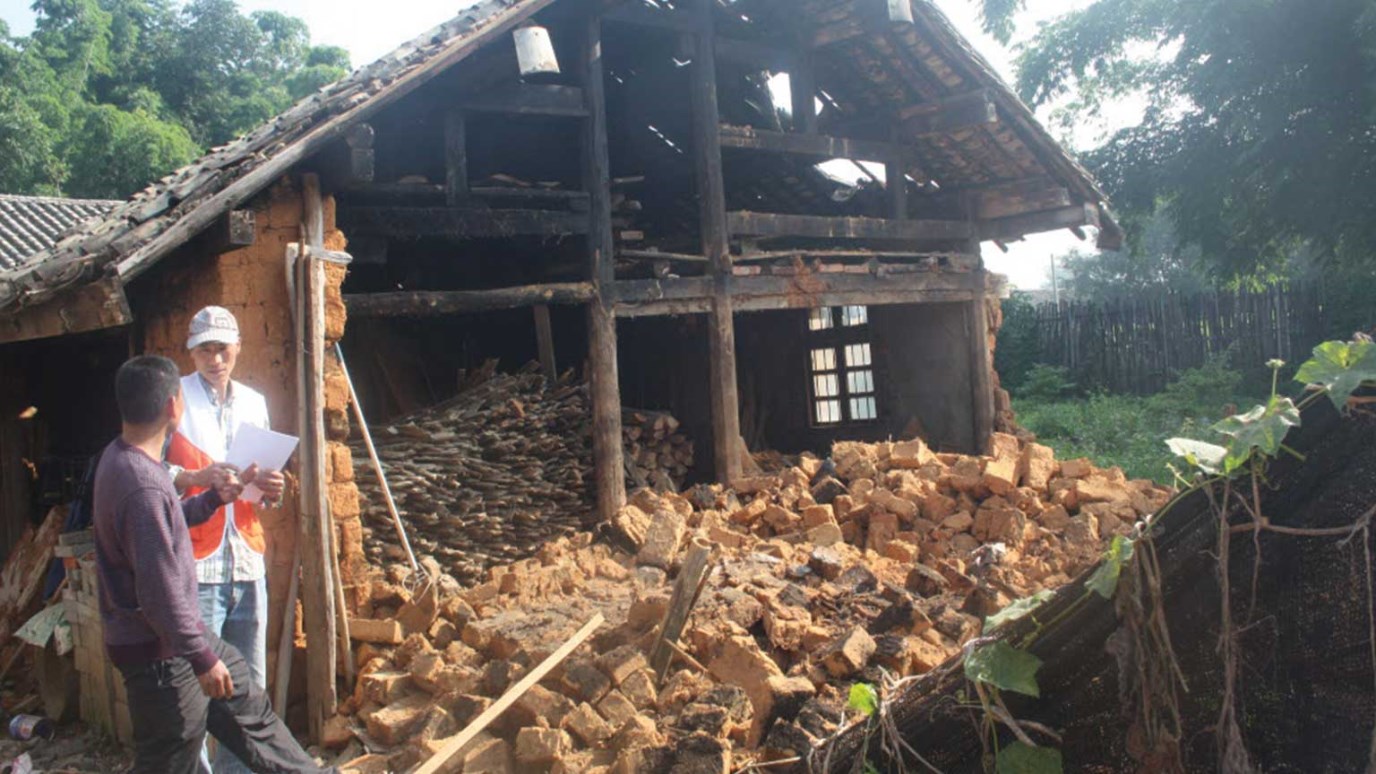 A magnitude 6.6 earthquake in Yunnan province, China, damaged many houses in 2014. Nearly 20 million people were displaced by natural disasters in 2014.

Better construction is needed to curb a rising trend in population displacement due to floods, storms, and earthquakes, says a report from the Norwegian Refugee Council. Since 2008, natural disasters have displaced an average of 26.5 million people annually.

While 2014 numbers showed a decline, the long-term trend is rising, especially in Asia, which accounts for 90 percent of displaced people. Much of the 2014 displacement was caused by typhoons in China and the Philippines, and floods in India.