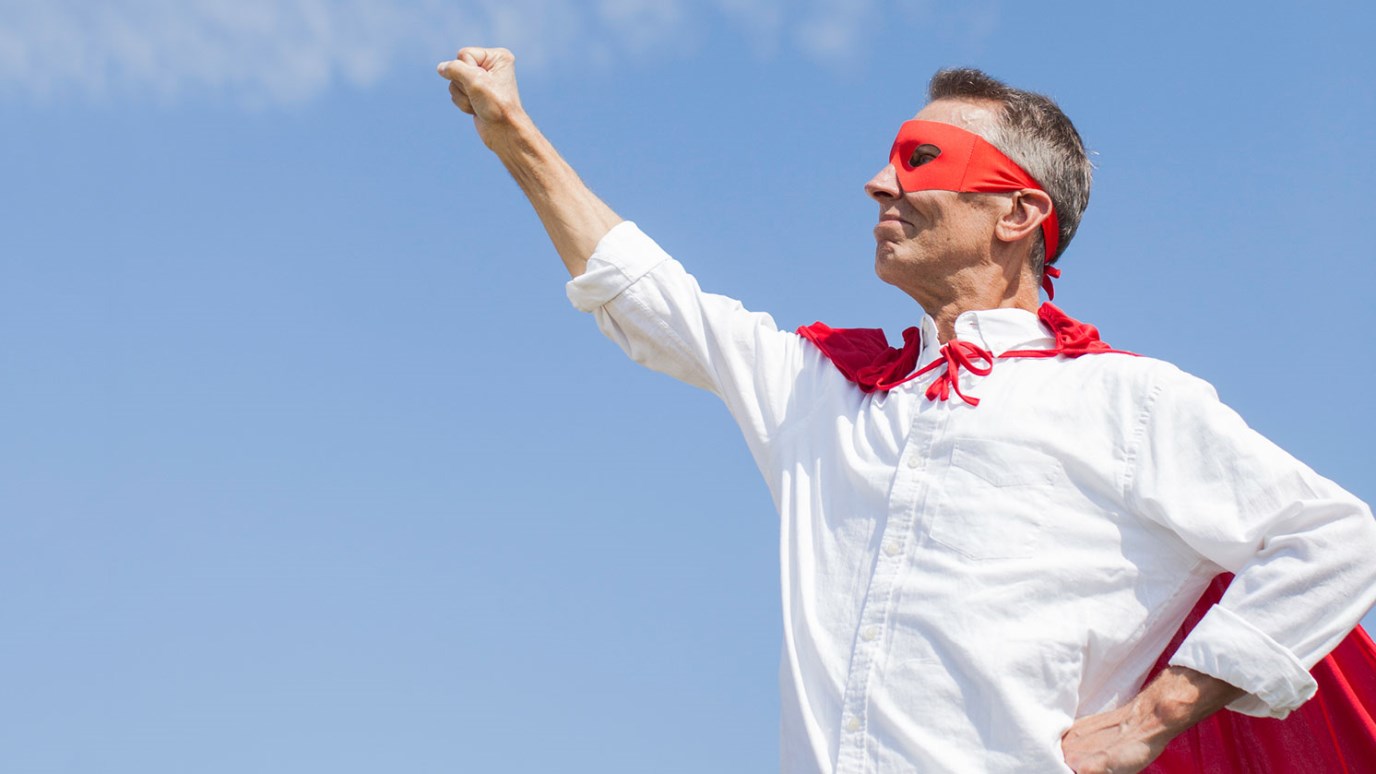 Fathers really do have special powers. They need to make sure they use them to build up their children.

Jeff runs camera for music and drama productions at his church. Recently, he was behind the camera for one of the kids’ productions. His own daughter, Emily, was a member of the cast. As part of the program, slides came up on the screen showing photos of the kids and some interesting facts about them — their siblings, favorite color, and all that.

As the program began, Emily’s bio came on the screen. Jeff scanned the information and smiled at his daughter’s photo and funny answers. Then, he got to the last question: “Who is your hero?” Emily’s answer was, “My Dad.”

Jeff told us he was stunned; he pretty much melted as tears came to his eyes. He had never thought of himself in those terms. He said: “That little one-line response — that I had no idea about — changed me inside.”

Jeff is a great dad; he’s involved, devoted to his family, and takes his role seriously. He’s committed to passing on a legacy of faith to his kids. I suppose it’s just his nature not to think of himself as a hero. But he is a hero to his daughter.

And that’s a message most dads need to hear. You are a hero to your children. You might not want to admit it; you may not even realize it. But your children look up to you, dad; they depend on you.

You probably aren’t a “Superman” kind of hero, where you swoop in to rescue them and then you zoom off to another emergency. You’re actually even better. You’re there for them every single day. And even if you can’t see them that much, you’re still there for them. You’re available and willing to serve.

One of your great powers is in the words you speak. One morning, I was waiting with my son Chance for his bus to come, and we were joking around. We were looking out the window, and we couldn’t see anything, but I told him, “Son, the bus is coming.”

“Yeah, Son, it’s coming.” About that time, the bus did come around the corner and he had to scramble out to meet it.

That night I was tucking him in. Chance said, “So, Dad, you don’t really know everything, right?” And I said, “Sure I do, Son, just like with the bus.” I really laid it on thick: “I can see through walls and I saw that bus three blocks away.”

So he said, “Okay, then where’s Mom on the other side of the wall in your bedroom?” And I told him, “She’s not in there, Son. She went down the hall.”

“No she didn’t.” So he yelled for her, and sure enough, she wasn’t in the bedroom. I had seen her go past the door, but Chance hadn’t noticed. “Dads just know,” I told him.

For a minute, he just looked at me. Then, he asked me about somebody across town, and I told him that, of course, my powers are limited to a five-mile radius.

As I said, we were just joking around. He knows I don’t have psychic powers. But all kidding aside, dad, you and I do have super powers. Can we predict the future? Probably not. But we can definitely shape the future by suggesting things and planting ideas in our children’s minds that will actually come true. That’s the power of a father’s words.

It’s sad — and it makes me a little angry — that we hear too many negative examples of this, where a dad says, “Son, I’m not sure you’re cut out for this.” Or, “You’re probably not gifted that way.” The dad may be speaking truth. But he’s also creating a self-fulfilling prophecy that just about guarantees failure in his own child.

So the point is to use that power for good. Tell your kids they can reach their dreams. They can do whatever they set their minds to. Point out skills and gifts you notice in them, and then cast a vision of how that gift could turn into a life calling and help them make a difference in the world.

Dad, embrace your superhero identity. Not to puff you up on the outside, but to change you on the inside. This is a role we need to fill with confidence and intentionality. Heroes protect; they persevere; they show selfless love; they are faithful to their convictions; they understand right from wrong and they act on it. Heroes are humble, but when they come to the rescue, they are bigger than life.

Whatever your fathering role calls you to today, approach it with confidence. Stand tall in your role. Exercise superhuman patience with your children when they get difficult. Display incredible courage when you are called to stand up to culture.

You really do have special powers, dad. Please make sure you use them to build up your child.