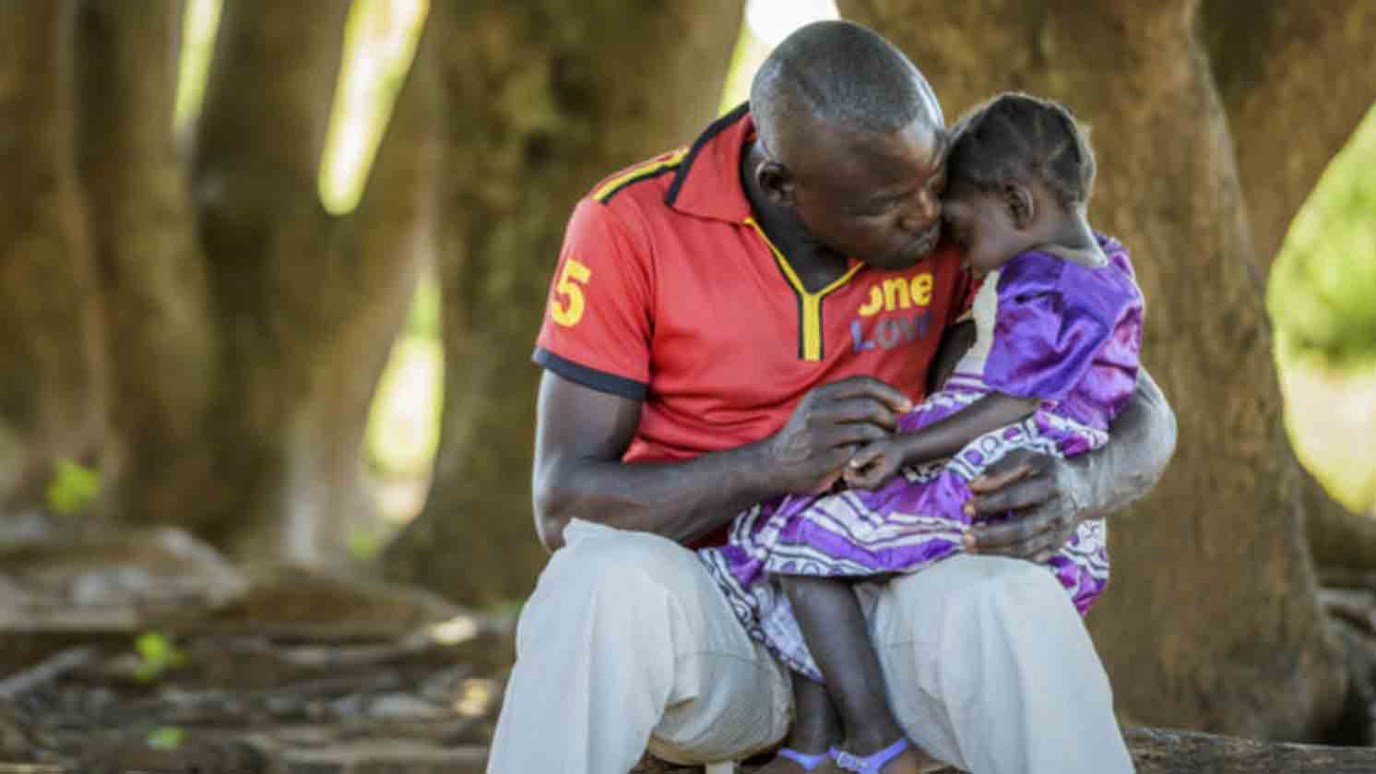 Justine works hard to make a living for his family, but enjoys playing with his children. He sits patiently as Ronester pretends to comb his hair. Justine gives his children perhaps the greatest gift a father can give: his time.

It was different when he was growing up in rural Zambia.

Justine struggled with hunger. He couldn’t concentrate in school because of hunger so ended up dropping out of school early.

“It was hard to even think of going to school when your stomach is empty,” says Justine. “When you are seated, you feel your stomach aching and roaring. It was very, very hard because in such a situation you can’t go to class and start learning.”

Justine’s parents often went into debt just to be able to buy food for their children. "Those things enslaved us,” says Danford, Justine’s father.

Danford received five goats through  World Vision’s Gift Catalog in 2011. Danford says, "When I received the goats, I told myself here comes the freedom."

Goats enabled the family to diversify their crops and try new income generation activities.
They’ve bought other animals like chickens, ducks and even four cows.