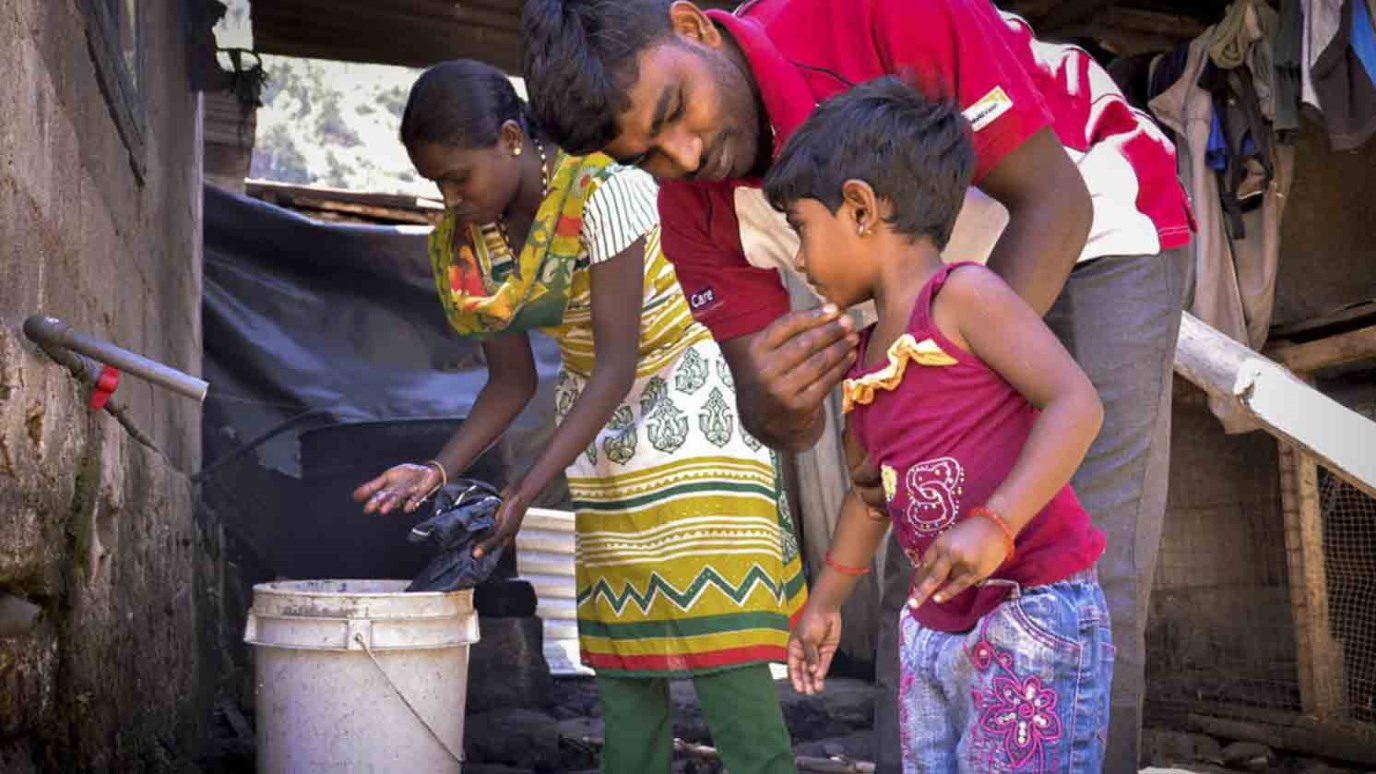 Outside their home in Sri Lanka, Christopher helps his daughter get ready for preschool.

Christopher’s ideas of parental roles turned upside down after he joined a Men Care project in his community.

“I used to think that caring for the children is solely a woman’s responsibility,” he says. “I didn’t know being involved in their lives could be so rewarding.”

In majority of the Sri Lankan families cooking, feeding, washing, cleaning and of course bringing up children is a woman’s responsibility. The man got little involved in the lives of his wife and children. The disengagement of the men in the wellbeing of his family often paved way to isolation, domestic violence, and abuse.

Christopher comes from a community of tea estate laborers in the Central hills of Sri Lanka where domestic violence is the highest in the country, affecting 72 percent of families, according to a World Health Organization study. In his community, women plucked tea from morning till evening in any kind of weather while men worked in the factory only till 2 in the afternoon. The rest of the evening most got drunk.

“I never listened to my wife’s opinion. So even over very small matters we argued a lot. I would even beat her sometimes. I was the boss,” Christopher says, “With my daughter, it was the same. She is four and if she asked for toys I would spank her.”

Today he is fully engaged in the lives of his children — and delighted by perhaps the greatest surprise of all: Now, instead of going to the local bar after work, most evenings Christopher spends at home with his wife and children, helping his wife with chores and his kids with homework and play. “I help my daughter with her crafts or any other work she’s brought home from preschool. Then I put on some music for her to dance. She loves to dance,” he smiles.

“The sessions changed my whole perspective on marriage and family,” he says.