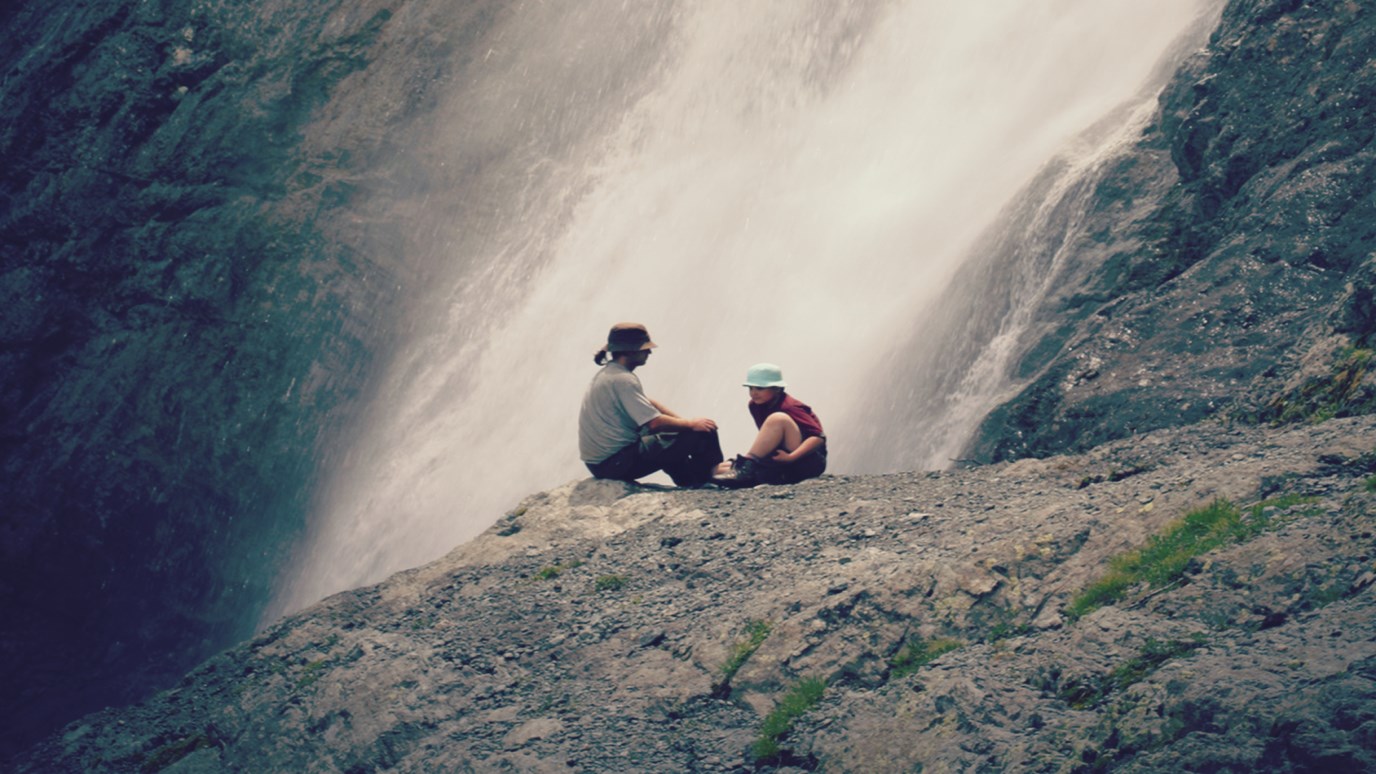 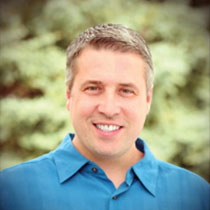 When Greg went over a waterfall, he got angry at his dad. Wouldn't you have?

One day, while driving in northern California, our family became very tired and irritable. After a family vote we all (Dad, Mom, Michael, Kari, and me) decided to stretch our legs. Up the road a few miles, we found a beautiful river that had a special surprise.

As we were exploring the river, I (Greg) discovered that moss had formed over the rocks, creating a very slick river bottom. What was even more amazing was that the water had carved out a natural slide. However, there was one minor problem. As you slid down, unless you landed in a small pool, you were in danger of going over a waterfall.

After several practice runs we determined that you could slide about ten yards and still make it into the landing pool. We were having a relaxing time until Dad showed up. Watching us slide down the river, he felt this would make a great picture. Having never met a camera I didn’t like, I enthusiastically volunteered to go first. However, somehow Dad talked me into starting at the very top. Looking down at the steep slide, I realized that it would be difficult to stop in the landing pool. As he attempted to persuade me, Dad said something that would eventually cause me much pain. “Trust me. You’ll do fine. If you don’t hit the pool, I’ll stop you!”

As he got into position, I pushed off and went racing down the slide. Suddenly, I hit a bump and flew off course. Instantly I passed my father (who was still trying to take the picture) and headed straight for the waterfall.

As I went over the falls, I tried to push off to keep my balance. Unfortunately, I kicked too hard and landed flat on my back. Slapppp! The sound of my back flop echoed throughout the canyon. As I struggled toward the riverbank, my father’s words, “Trust me, I’ll stop you!” haunted me. When he appeared at the top of the falls, I started to scream at him but quickly stopped. Watching my mother race down the trail was like watching a mother bear rear up to attack the person who had wounded her cub. It was awesome! I didn’t know my mom could move that fast. Through this experience, it was my sensitive mom who was shaken up the most. In fact, this was one time in her life when if she could have reached Dad, there’s no telling what she would have done to him!

After the disaster at the waterfall, my dad and I (Greg) could have used LUV Talk  (Leadership, Understanding, Validation) to discuss the situation. If I had been the customer, first I could have started by saying something like, “I feel frustrated when you try to talk me into things that you aren’t sure about.” He then would have repeated back what I said. “I hear you saying that it’s frustrating when I talk you into doing things when I have no idea how it’s going to turn out.” Yes!

I might have continued with, “I feel hurt because it seemed like you were more interested in taking a ‘fun’ picture than making sure I was safe.” He might have said in response, “It sounds like I hurt your feelings because I was more focused on taking a picture than on your safety.” Yes!

Once I shared all my feeling and/or needs, then we could switch places, with Dad becoming the customer. Dad might have said, “I truly believed that taking a picture of you sliding down the river was completely safe.” I’d respond, “I hear you saying that you thought I’d be safe.” Yes!

“I felt that if there was any danger, I’d be able to stop you.”

“So you’re saying that you believed you could stop me if there was a problem.” Yes!

“I felt extremely scared when I realized you were going over the edge.”

Do you get the point? The process is simply one person sharing his feelings or needs and the other person repeating back what he heard. If the person repeats it back wrong, you don’t panic. You simply restate what you said. Then when one person finishes expressing his feelings and needs, you trade places. This process goes on until both feel listened to, understood, and validated. It’s that simple.

How to Confront a Friend
Erin Davis

Criticism, the Gospel and You
Derwin L. Gray