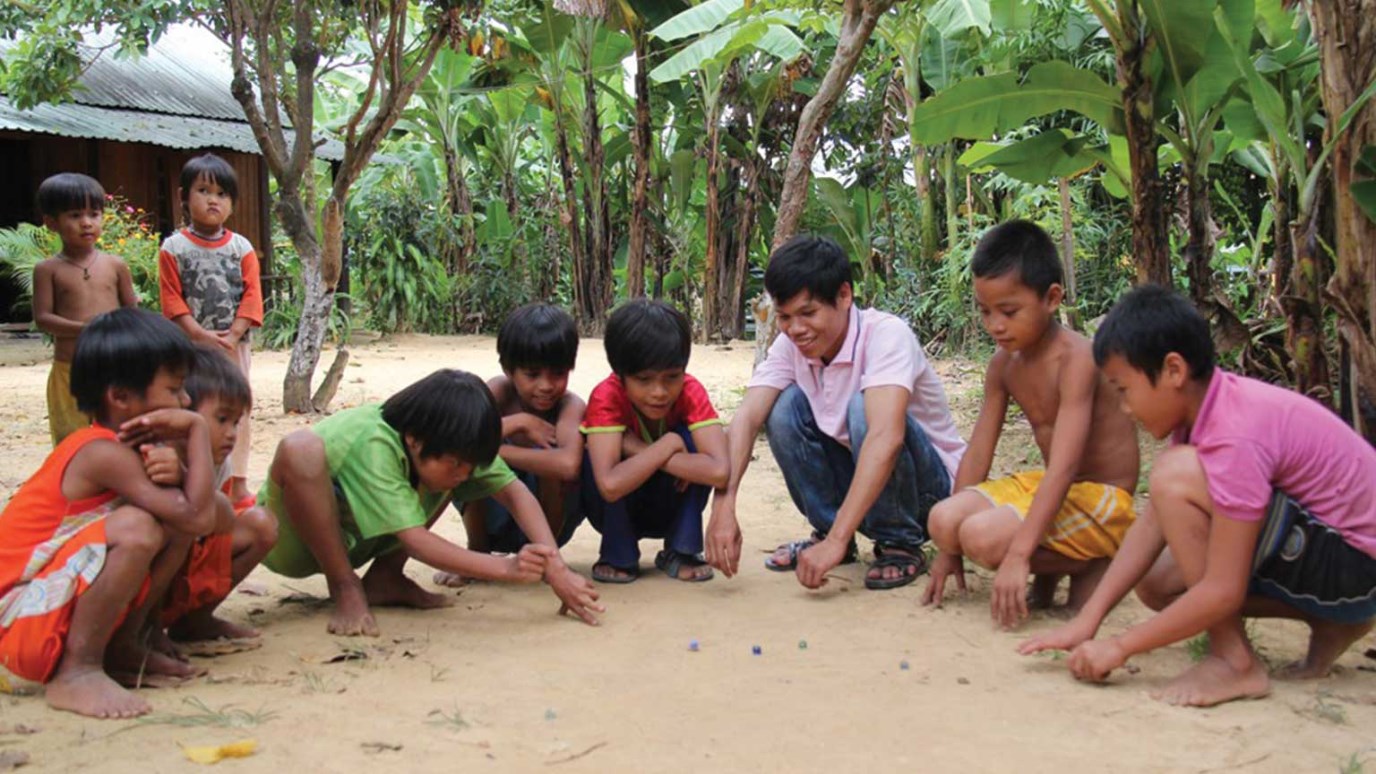 A recent graduate of Quang Nam Forestry College in central Vietnam, Ating Ai (in featured image, third from right) speaks with passion about protecting woodlands and the natural environment.

The 22-year-old’s enthusiasm goes much deeper than his academic studies; it also stems from painful firsthand experiences with the effects of slash-and-burn farming techniques, which kept his family desperately poor.

Growing up in Quang Nam province, Ai witnessed these farming methods while camping out with his family at harvest time on land around their home. “They cut trees in deep forests and burned them to plant more upland rice,” he recalls. “Unintentionally, they destroyed their forests and caused soil erosion.”

The result was ever-dwindling rice harvests. Although Ai’s father could sometimes supplement the family’s diet by trapping wild animals, they would go hungry three or four months every year. To make matters worse, the quest for food compelled Ai’s parents to send their children to work in the fields instead of going to school. None of Ai’s three older sisters completed more than two years of elementary education. It looked as though Ai might never enter a classroom at all.

A World Vision development program brought dramatic changes for Ai, his family, and his community. Ai was among the first children in his village to become a World Vision sponsored child.

Soon 9-year-old Ai started attending school. “I would have [remained] illiterate if my parents were not encouraged by teachers to send me to school when World Vision came to my village,” he says. “I still remember how joyful I was when I came to my first class — although most of my classmates were several years younger than I.”

One of Ai’s most vivid childhood memories is running home to show his parents a certificate of merit he earned in school.

Further encouragement came from Ai’s Australian sponsor. Ai still treasures the first letter he received from her, a card for his birthday — something that had never been celebrated before. “I still remember the strange joy when, for the first time in my life, I held in my hands such a beautiful greeting card,” he says.

Ai corresponded with his sponsor and her family. “I often wrote them about our family, village, friends, and school,” he says.

World Vision also supported villagers to set up a traditional community center used for meetings, harvest festival celebrations, and children’s plays. Ai helped carve and color designs on the building’s wooden beams. “My favorite subject at school was art. It helped me a lot to give a helping hand in decorating the house,” he says.

Ai thrived, but his parents’ health deteriorated. Ai’s mother died from liver cancer when he was 14; three years later, his father succumbed to the same disease. But by then Ai had sufficient resources to finish school and continue on to higher education.

Having graduated college, he hopes to secure a position as a forest ranger, preferably serving the community where he grew up.

“I wish many more sponsors will join World Vision to support needy children so they are able to change their lives for the better and then become helpful persons in their own communities,” he says.

“I learned from my parents’ farm that plants grow strong from fertile soil. I experienced through my life that my sponsor’s love and care fertilized my hope to shoot up to a brighter future.”