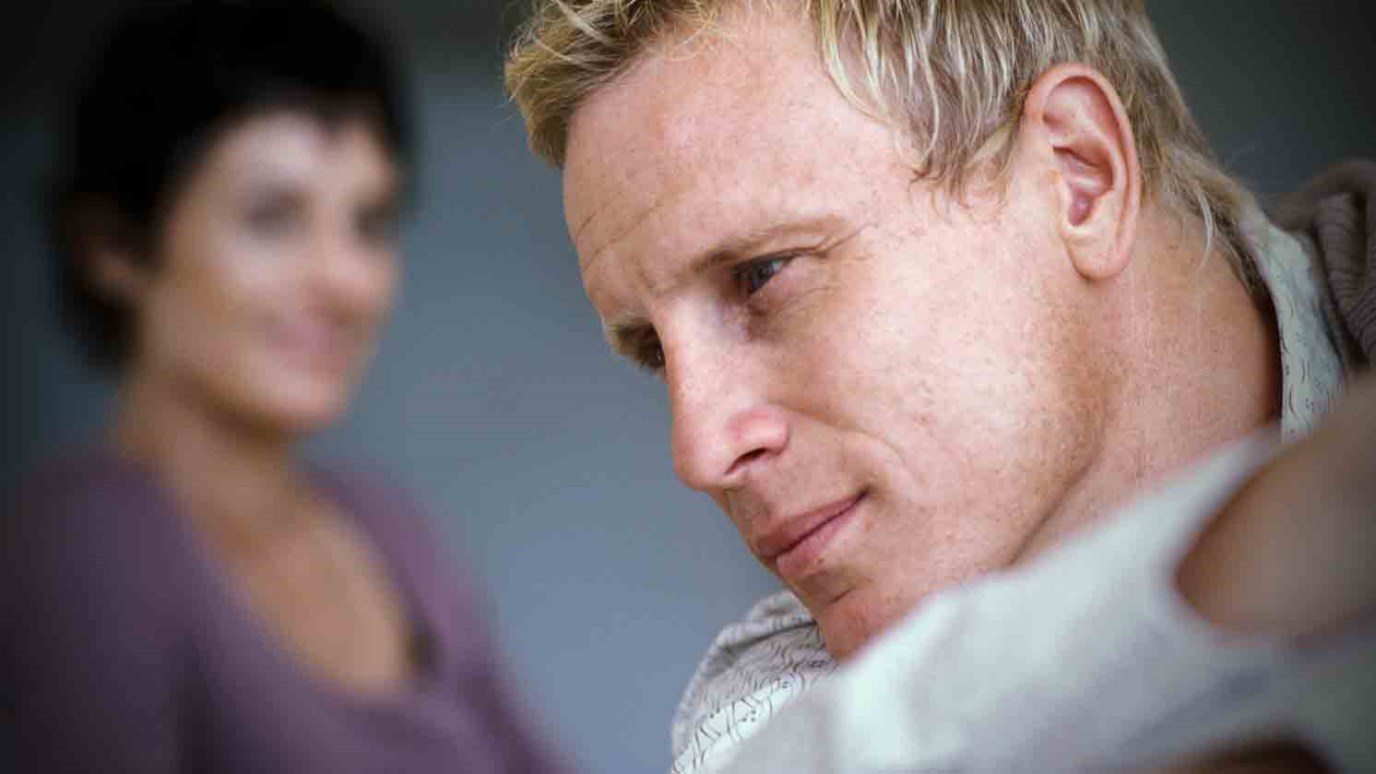 The funniest movie moment I’ve seen recently comes at the very end of Inside Out, as the main preteen girl character talks to a preteen boy at a hockey rink. We’ve been seeing inside her head the whole movie, but instantly the camera zooms out of her brain and into his…. where his mental control room is suddenly in chaos. The warning lights flash “GIRL! GIRL! GIRL!” and everything in his mind seizes up or turns somersaults.

My 12-year-old son saw that and said, “Actually… that’s pretty much what it feels like.”

If you are a girl or woman who didn’t know that you have the ability to create an electrical storm in the male brain, join the club. A few years ago, I was shocked as I first started learning some of this stuff! But since it’s actually really important, I investigated, for my newest book, Through A Man’s Eyes, to find out what goes on in the male brain when a man or boy sees certain things.

So here are three key facts we females usually don’t know about the male brain wiring – but really need to!

I would say “Their brains are wired weird,” but that would get me in trouble. What I mean is this: men don’t just think differently than women, the structure of their brains is physically different. Not only that, the male brain has a completely different chemical-hormonal mix in many ways. And that structure and that chemical makeup are focused around processing life visually.

By contrast, the female brain is focused around processing life verbally and emotionally.

Fact #2: The sight of the female body triggers an involuntary sexual reaction.

Yes, I know it’s a huge shocker that men think about sex a lot. Check. But that’s not exactly what I mean.

Certain sights are automatically, biologically, sexual in nature to the male brain – which means those sights deliver a dose of pleasure regardless of whether the guy wants them to. For example, even a five-year-old boy, who has no idea what sex is, will have an instantaneous and gut-level feeling of pleasure when he sees the college-age babysitter whose clothes (or lack thereof) draw overt attention to a great figure. Even a fifty-year-old husband who loves and honors his wife, can have an involuntary, instantaneous spike of pleasure in his brain when the image of the provocative lingerie model flashes across the television screen before he can look away.

I’m sure that some of you – like me – are a bit surprised or disturbed at the notion of an involuntary pleasurable reaction. That is because our brain is wired completely differently. Thus, most women have never experienced any kind of involuntary, gut-level, sexually-pleasurable reaction to visual images. So we have no idea that men do. Every day.

There is, however, a brain parallel we can understand. Let’s say you haven’t eaten all day and you walk into a dinner party to find a mouthwatering buffet across the room. In that split-second, a center in the back of your brain called the nucleus accumbens lights up and triggers an instinctive reaction: I want to consume that. Zero thought involved. It’s an automatic response.

Well, the same thing happens to a guy when he sees a woman dressed in a way that calls overt attention to her knockout figure. His nucleus accumbens lights up, triggering an automatic sense of pleasure and desire. He doesn’t desire the person, exactly, but that image.  And it’s critical to remember that his brain did that involuntarily.

He is then very tempted to actually look at that sexy image – to “consume” it, so to speak — because doing so would continue that dose of pleasure in his brain.

Fact #3: After the biological reaction comes the mental choice

So then the $10 million question is: what happens next in that visual brain of his?

In the next split-second after the nucleus accumbens lights up involuntarily, the cortical (thinking) centers kick in at the front of the brain. This is where the thought process, will, and decision-making occur. Suddenly, the man has a decision to make: to actually savor the sight of that attractive woman in the clingy outfit… or to look away and honor God and (if he’s married) his wife in his thought life? Remember, the first reaction (temptation/desire) was automatic, biological, and involuntary; the next step will be a choice.

How your husband, boyfriend, or son might actually handle that choice, and what you can do about it, is a topic for another day (and one we cover thoroughly in Through a Man’s Eyes).

For now, let’s venture to agree on the fact that although this visual wiring might seem foreign – and even, for some of us, alarming! – it appears that God created men’s and women’s brains to work in these ways. And if so, that means He created men to be visual and intends that to be a good thing, not a bad one!

Yes, this wiring can certainly pose challenges for modern men as they are confronted with sights in public that they were only supposed to see in private. As many wives have sadly seen firsthand, some men have become trapped in bad choices that become unhealthy for them and very hurtful for the relationship. (Although thankfully, many wives have also seen that understanding this temptation can be a vital step in moving their man toward healing.)

But this wiring can also be a wonderful thing. After all, remember: when a man looks at his bride, he can fully enjoy that nucleus accumbens lighting up! And then both of them can then enjoy everything that comes with it!

What's Love Got to Do with It?
Cross Church