Creating the Ideal Week for Our Adult Children with Disabilities 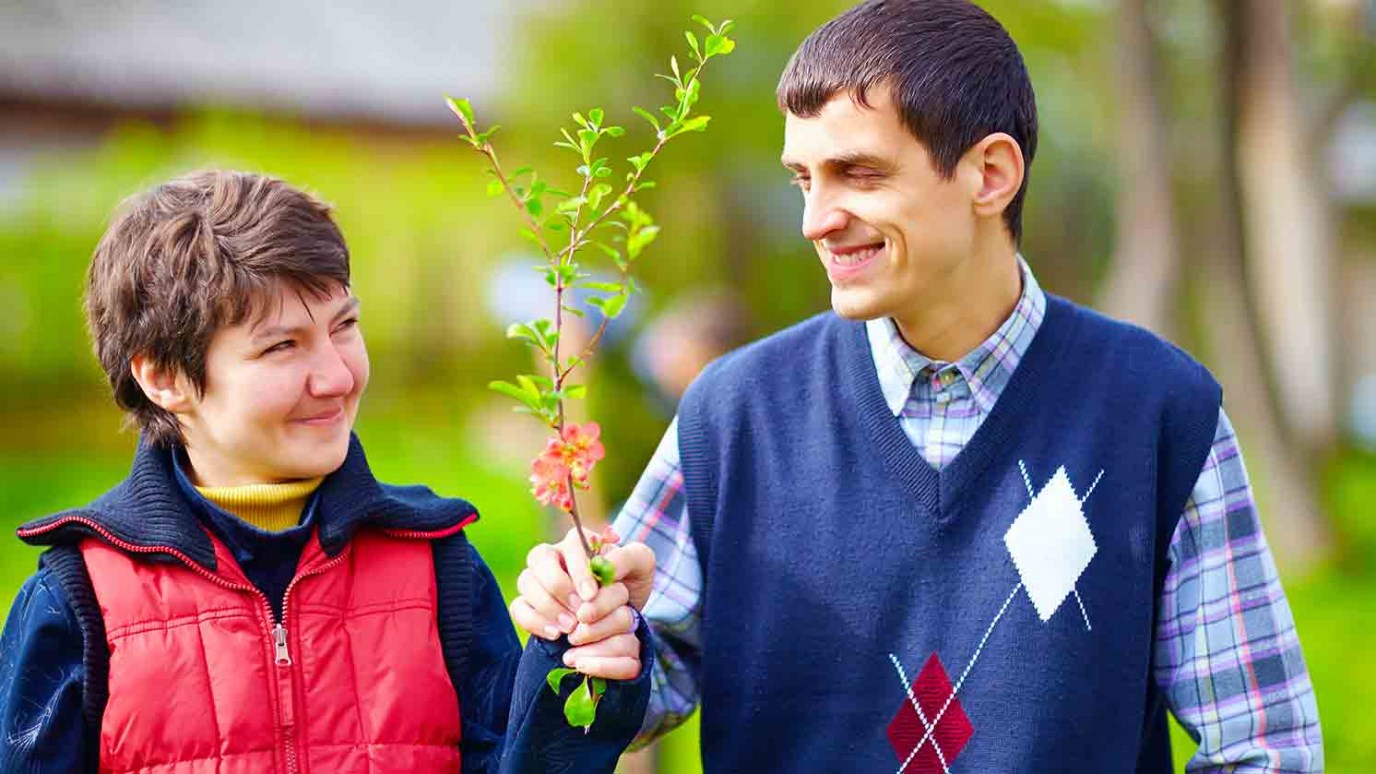 Sometimes, we have to step out of the way to let God fashion our children into the adults He created them to be. And always, always, we have to trust that God loves our kids even more than we do.

I wrote about my son Joel's new day program without walls, which was just starting. Four months in, I have good news to share!

Some background: Exactly one year ago I was cross-eyed with anger. I had just learned Butler County Board of Developmental Disabilities was closing down Joel's county-run day program for adults with disabilities.

Granted, this closure was mandated by the federal government (Medicaid funds can no longer be used to pay for services that occur in settings that isolate people with developmental disabilities), so some of my anger was directed there. But what really had me seeing double was that Butler County Board of DD had decided to phase out Joel’s program in one year instead of the three years allowed under CMS (Center for Medicaid services) guidelines.

Joel has not been successful in a day program since he moved out of our home in 2010. Yes, he struggled in Butler County's program, but he had more good days than bad. And the thought of starting all over again was overwhelming, not only for Joel, but for hundreds of families like ours.

I wrote letters. I wrote blog posts. I cried. I muttered under my breath. I said some not-so-nice-words. I cried some more.

AND THEN, WITH JOEL’S TEAM, JOEL'S DAD AND I GOT TO WORK.

Because that’s what we do as parents of kids with disabilities, right? Even when our kids are in their 30s, 40s and 50s. Even when we are in our 60s, 70s and 80s. With God’s help, we summon the strength and energy and creativity to do all we can to usher them into their best lives.

We spent about five minutes looking for another day program for adults with developmental disabilities. Well, maybe a little more than five minutes :)

You see, we learned a huge lesson about Joel since he moved out of our family home at the age of 25. Joel does not like hanging around large groups of people with disabilities. He enjoys hanging out with his family. He likes hanging out with his church community—with people in the community—with his best friend Sarah—with his Best Buddies Friend’s Choir which is composed of people with special needs and students from Miami University (great video made by the choir here). In other words, he likes hanging out with ALL types of people. He doesn’t want to be pigeon-holed as “autistic” or “disabled” or “special needs.” That became very clear when his behavior became more and more agitated both in his group home, where he lived with other adults with autism, and in the county-run day program for people with disabilities.

Joel’s behaviors decreased drastically when we moved him from his group-living situation into his very own home, with long-term caregiver and dear friend, Mohamed.

Believe me, the almost instantaneous change in Joel’s behaviors made us sit up and pay attention. Finally—FINALLY—we got it. Joel wanted to spend his days in his community, not in another program for people with special needs.

Joel’s team brainstormed ways to develop a day program without walls. A day program that would allow Joel to work and volunteer in his community.

And as we brainstormed, Wally and I prayed, along with many friends.

It took six months of weekly meetings to put it together. It took constant prayer, perseverance, creativity, contacts in the community, and a willingness to roll with the punches if something didn’t work (one hair-pulling incident in the community came close to discouraging us).

First, we needed a home base for Joel to start and end his day; a quiet space to which he could return and relax if he was having a bad day. Our church, The Oxford Vineyard, welcomed Joel and let us set up a space just for him—a couple of comfy chairs and a table and chair for lunch or snacks.

Second, we needed a day staff. Again, with lots of prayer, we found just the right person, Goddy, an energetic young man who leads worship at his church. His energy and passion for music were a perfect match for Joel’s always-on-the-move-music-loving personality.

Third, we needed a focus for Joel’s week. When Joel was offered four vending machines by the parent group from the county day program that was shutting down, we built Joel’s week around the care of those machines. Again, The Oxford Vineyard offered to help. The church now owns the machines, and Joel takes care of them. Three days a week he travels to buy snacks and drinks, to stock the machines, to collect money, and to go to the bank to deposit money.

In our team meeting last week, Lee Ann asked if my husband Wally and I would be OK with Joel's program being showcased in a video for the annual Butler County Board of DD dinner/meeting. As our county (and all counties in the U.S.) begin to move people with disabilities out of workshops and into the community, Joel's day program without walls is a testimony to how this kind of program—with natural supports from family and community members—can work, even for folks with challenging behaviors.

Joel is a trailblazer. You may remember my blog post from last month: Sealed Orders: Watch Your Child Live Out Their Purpose. Joel’s been given a purpose in life. He is a teacher.

AT THIS TIME LAST YEAR, I WAS DROWNING IN ANGER BECAUSE I THOUGHT WE'D RUN OUT OF OPTIONS FOR JOEL'S DAYS. TODAY I AM FILLED WITH HOPE AND JOY.

God has incredible things in store for our children.

Sometimes, He prunes us, removing branches we no longer need, in order for His power to flow where He wants it to flow, and that is often painful.

Sometimes, we have to step out of the way to let God fashion our children into the adults He created them to be.

And always, always, we have to trust that God loves our kids even more than we do.

In what area of your life as a special-needs parent are you struggling with trust?

Is there someone with whom you could meet on a regular basis to pray through this area of struggle?

Is the Golden Calf of Youth Sports Having Babies Within Our Families?
Manhood Journey