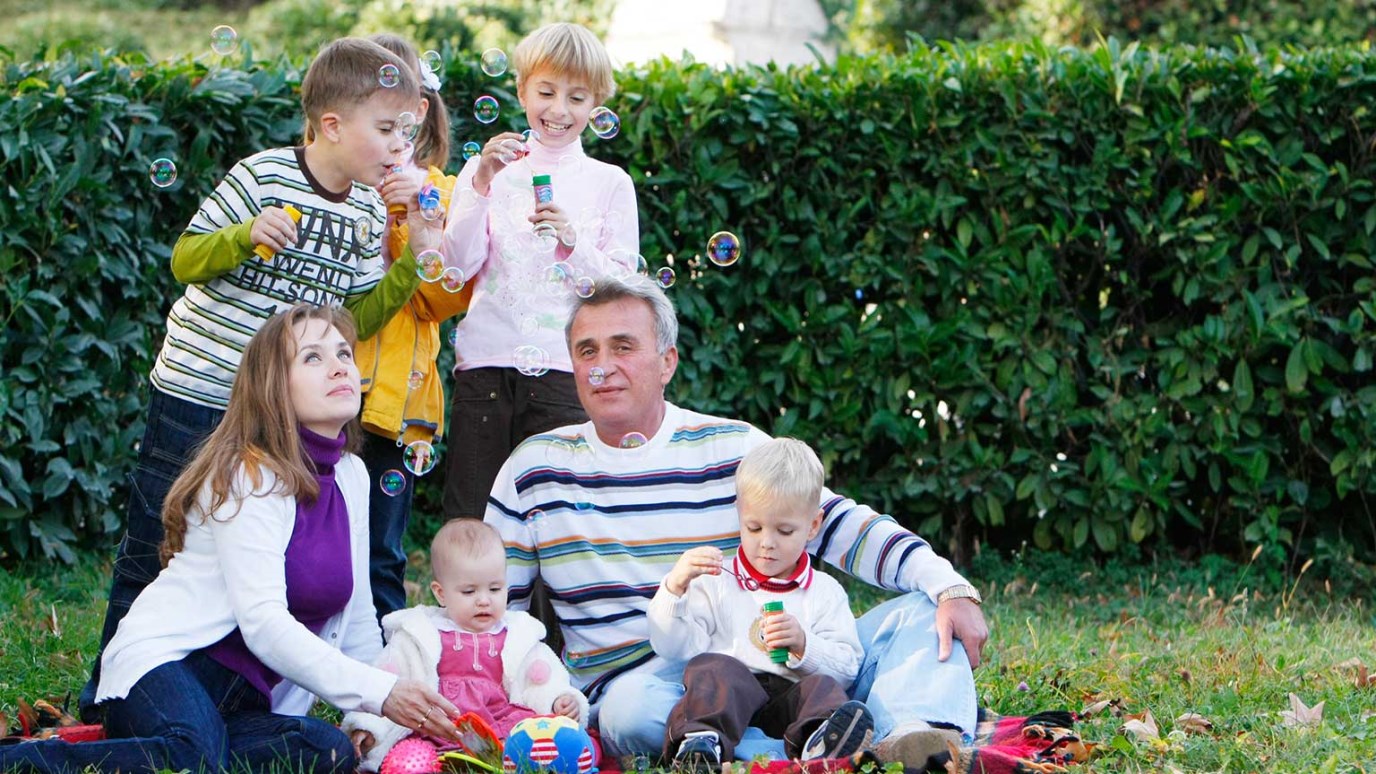 What is a family? For some, a family is fluid and made up of any number of people who love and support each other. This is particularly true for a not-so-small Mt. Bethel "family" that has joined together to surround a sibling group of foster children.

Everyone has a different definition of family. For some, a family is a traditional unit: parents and kids, siblings and grandparents. For others, a family is fluid and made up of any number of people who love and support each other. This is particularly true for a not-so-small Mt. Bethel "family" who have joined together to surround a sibling group of foster children.

When this sibling group of two sisters and six brothers entered foster care in 2007, their odds of remaining together were slim. After all, it was difficult enough to place two or three siblings together, but eight? It would be impossible.

Fortunately, the Mt. Bethel Foster Care Ministry and FaithBridge believe what Luke 18:27 tells us, "What is impossible with men is possible with God."

Embracing the art of the possible, the Mt. Bethel and FaithBridge teams worked to bring the children together. At the time, the Mt. Bethel Community of Care included Frank and Donna LaChance, who took in the two girls; Jeff and Kale McKisson, who took in several of the boys at first and eventually all six brothers; and Jan and Kathy Hoppe, who served as "grandparents" to the children and mentors to the foster parents. Kathy discusses her role: "I have found that not only do the foster children need grandparents, but the foster parents need sounding boards, someone to talk to and someone to help them."

Brought together by a shared commitment to the children's well-being, these families began to form a tight-knit bond with one another. It's a bond that would strengthen over the next two years as the families assumed the role of jointly raising eight children. Naturally, this wasn't without its disagreements, but despite the challenges the families were there to love and support one another.

In April of 2009, a new family entered the Mt. Bethel Community of Care. Having been a school nurse at the children's school, Heather Harding had been familiar with the children's situation, was drawn to them and had helped ensure basic necessities when their mother had trouble making ends meet. She and her husband Jerry considered adopting the two girls when they first came in to care. However, they were unable to do so two years ago when Jerry's military career moved them to Alabama. However, they remained in contact with the LaChances and the girls. When the army gave Jerry notice he would be moving again, he and Heather requested a relocation to the Atlanta area in order to proceed with the adoption of the two girls. Upon moving back to Marietta, the Hardings joined Mt. Bethel and quickly became a part of the family and Community of Care.

"Donna and Frank have been instrumental in helping us build a relationship with the girls," says Jerry Harding. "Not everyone would have done that, but they helped us keep in touch." The Hardings have embraced their role as parents to the two girls and are excited about the opportunity to participate in the boys' lives as well.

Donna recalls, "I felt God calling us to keep the girls safe until Heather and Jerry would be able to get them." She and Frank decided they would hold on to them, love and nurture them, while helping them maintain a relationship with the Hardings. They now serve as a regular respite family for both the girls and boys and take part in their activities and lives.

The Hardings made arrangements to move back to Georgia with the intent of fostering and adopting these two sisters. The completion of their family was final on March 31, 2010 with the adoption of Jacqui and Lis. In addition to adopting these sisters, the Hardings also foster their niece from another state, and they are looking forward to the completion of her adoption, finally completing their family.

Today, the eight siblings who many expected would end up separated across the state of Georgia are all together, along with their huge extended family of parents, grandparents, aunts, uncles and cousins. Keeping sibling groups together and redefining "family" is what the Community of Care model is all about.

Above all, there's the sense that this story is bigger than us all. "This has happened by the grace of God," says Kale McKisson. "It's too big to understand and probably too big to fabricate again."