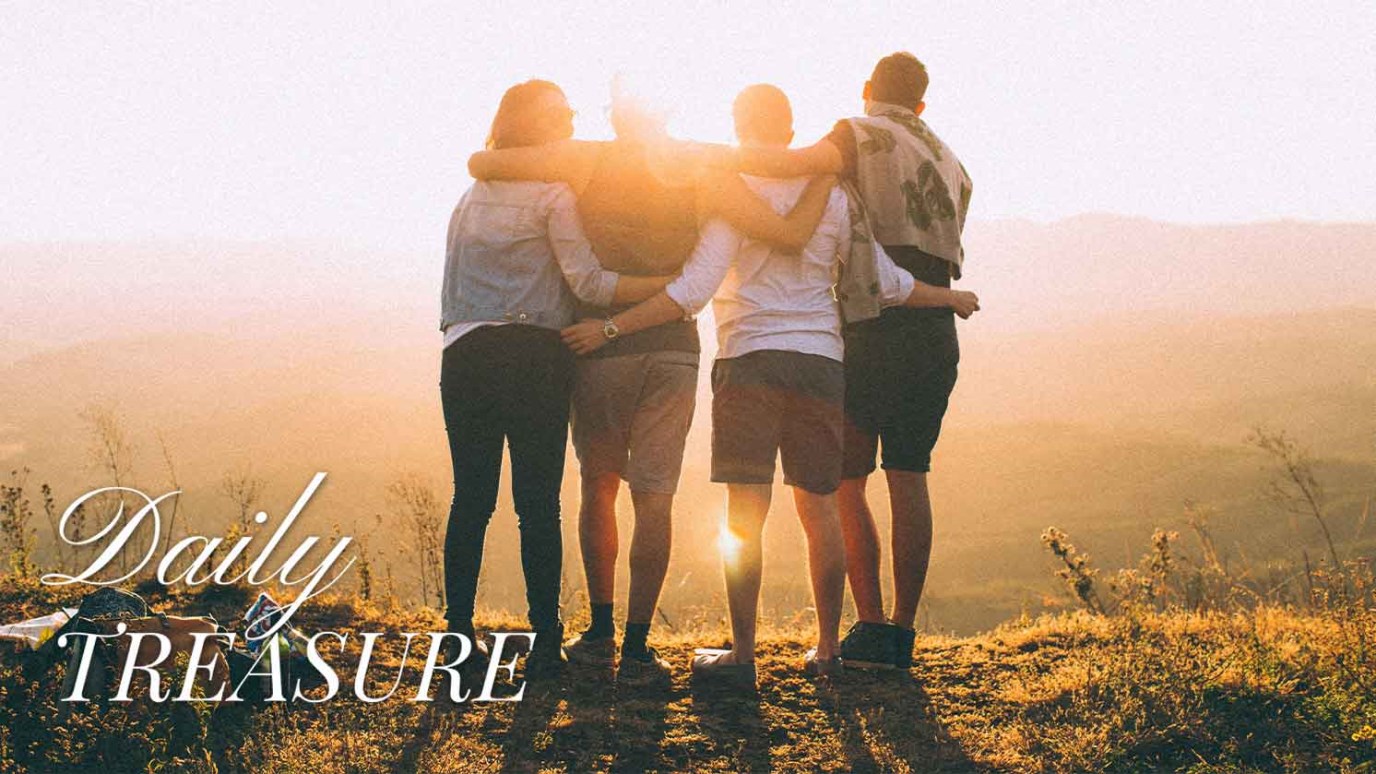 It’s tempting to live as islands, bobbing on the sea of life on our own. Indeed, our culture makes it easy to isolate ourselves from others. But that’s not how we were created.

Whenever I share a photo of my kids on social media, inevitably, someone will comment about one of my sons, “He’s a mini you!” They might point out how we both have deep dark eyes, or similar facial features, or the same hair color. That’s because, as my son, he images me in some way.

As humans, we image our Maker. In Genesis 1, after God had created the heavens, the plants and animals, the sea creatures and flying birds, “God said, ‘Let us make man in our image, after our likeness. And let them have dominion over the fish of the sea and over the birds of the heavens and over the livestock and over all the earth and over every creeping thing that creeps on the earth’” (1:26). God created Adam in his likeness and gave him responsibility and dominion over the creation.

Notice in the Genesis passage that God said, “Let us make man in our image, after our likeness” (emphasis mine). God the Father, God the Son, and God the Holy Spirit were all present at creation. Before time began, the Trinity lived together in perfect communion—honoring, treasuring, glorifying, serving, and loving one another. We were created to image or reflect our Triune God. This doesn’t mean that we look like God in the way our children look like us; however, we do image Him in his communicable characteristics. We image God as thinking and feeling beings. We also have dominion over the created world. In this way, we represent God, demonstrating authority over the plants and animals. Like God, we are creative, expressing ourselves in all forms of art. And because God is a community in Himself, we also reflect God by being in community ourselves, by forming relationships and loving other people.

That’s why there was one thing in the Garden that was not good. Everything God had made, He declared good. But there was one thing that wasn’t, “It is not good that the man should be alone; I will make a helper fit for him” (2:18). It wasn’t enough that Adam had fellowship with the members of the Godhead. As an image bearer, Adam needed another human to reflect and bear the image of the Triune community with him. God created Eve out Adam’s rib and formed the first human community.

From the very beginning, we were made to be in community. We were made to be known—by God and by others. Yet in our culture today, we are prone to do life on our own. Many of us live far from where we were raised. More and more people work from home. We can have anything we desire delivered to our home in two days or less—in some places two hours or less! And even when we are in the physical presence of other people, we tend to stare at some device rather than talk to people face to face.

It’s tempting to live as islands, bobbing on the sea of life on our own. Indeed, our culture makes it easy to isolate ourselves from others. But that’s not how we were created. We were made to be in relationship with others and to do life together. We were made to labor side by side, tilling the creation as vice-regents of our Creator-God, building a world for His honor and glory. And as we live and work in community with others, we image and reflect the One Who made us.

Father, thank You for the gift of community. The load of life lifts when we link arms with others. Show me who needs a lift today.

Can I Pray for the Forgiveness of Another's Sins?
Chuck F. Betters

When Should I Stop Praying for Something?
Chuck F. Betters
Follow Us
Grow Daily with Unlimited Content
Uninterrupted Ad-Free Experience
Watch a Christian or Family Movie Every Month for Free
Early and Exclusive Access to Christian Resources
Feel the Heart of Worship with Weekly Worship Radio
Become a Member
No Thanks