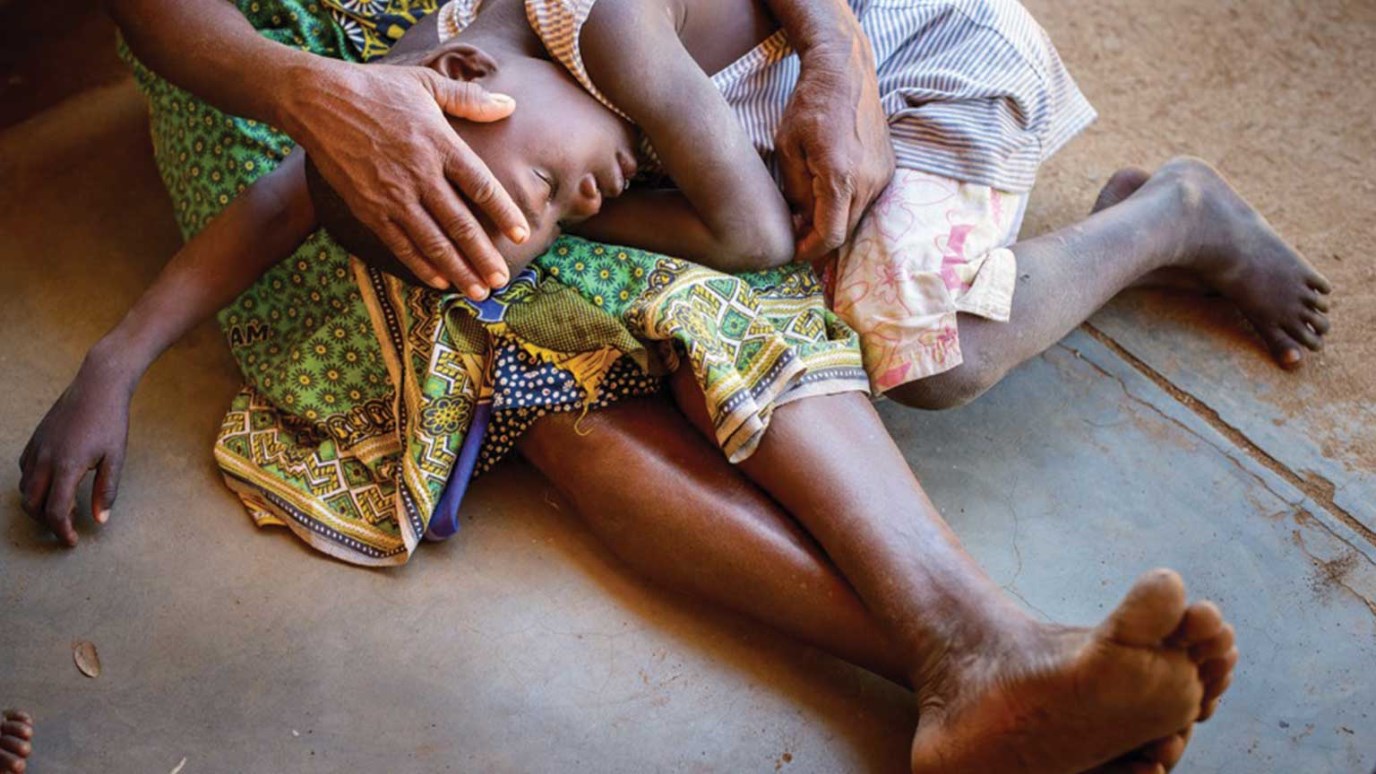 Please pray for the work World Vision is doing in countries that make up the region of Southern Africa. Life is a daily struggle for many children and families in these countries.

Please pray for the work World Vision is doing in countries that make up the region of Southern Africa—Angola, Democratic Republic of the Congo, Lesotho, Malawi, Mozambique, South Africa, Swaziland, Zambia, and Zimbabwe. Life is a daily struggle for many children and families in these countries.

Pray for the end of food shortages in Angola and Malawi.

Prolonged dry spells have led World Vision to declare Malawi a Category III humanitarian emergency—the most serious category that can be applied to a single country. About 1.76 million people in Malawi urgently need humanitarian assistance due to food shortages. In Angola, hospitals and feeding centers struggle to care for more than half a million children suffering from malnutrition. Ask God for His divine intervention to end food shortages and to bolster the spirits of the medical workers trying to return the children to health.

Dear Lord, everything in heaven and on earth is under Your control. Send rain to Malawi and Angola and touch the ground there so that it once again produces food for hungry people. Be a source of strength to those who are working so hard to provide nutrition for suffering children.

Pray for women, who bear the brunt of the AIDS epidemic in Swaziland.

Swaziland has the highest rate of HIV prevalence in the world; about a quarter of the population is HIV-positive. More troubling, about 16 percent of children born to HIV-positive mothers in Swaziland become infected. Swaziland's national rate of HIV infection is higher for women than men (31 percent compared to 20 percent), in part because women are vulnerable to sexual abuse and are often not free to make their own decisions about sexual activity. To its credit, Swaziland is making a concentrated effort to reduce the infection rate and eliminate maternal deaths and the transmission of the virus to their babies by providing antiretroviral medicines to pregnant women and mothers. Ask God to be a refuge to HIV-positive women in Swaziland, especially those who are expecting babies.

Dear Lord, You are our strong refuge. Be that refuge for HIV-positive women in Swaziland, especially those who are expectant moms. Protect the babies in their wombs from contracting the virus, and strengthen mothers' immune systems to help them be healthy.

Pray for the families who live with the threat of malaria in Mozambique and Zambia.

Every 56 seconds, a child younger than 5 dies from malaria—most of them in Africa. While the number of deaths remains devastating, there is hope. During the past three years, malaria has dropped from the first to the third most prevalent cause of infant mortality in Africa, largely because World Vision and other organizations are working together to distribute insecticide-treated bed nets. Today millions of children and their families have nets that keep them protected from mosquitoes as they sleep. And millions more will soon have them as well. Thank God for the children who are alive today because they sleep under bed nets, and pray for those who still sleep unprotected every night.

Dear Lord, thank You so much for all the children who sleep safely every night under bed nets in Mozambique, Zambia, and throughout Africa. Please protect those who don't have bed nets from the dangers of malaria, and equip organizations to quickly reach as many as possible.

Pray for stability in Zimbabwe.

Zimbabwe has been plagued by political and economic turmoil for more than a decade. Poor agricultural policies, a declining economy, and high unemployment have contributed to the country's ailing healthcare system. Life expectancy in Zimbabwe is only 50 years, the eighth-lowest life expectancy in the world. More than 1.7 million people are living with HIV, and more than 1 million children have lost one or both parents to AIDS. Ask God to grant the leaders of Zimbabwe wisdom and resources to govern well.

Dear Lord, You tell us in Proverbs to seek wisdom above all else. Put a fire for wisdom in the hearts and minds of leaders in Zimbabwe so they can implement solutions for their country. Provide for the nation's families that do not have access to life's basics.

Pray for peace in the Democratic Republic of the Congo.

The city of Goma's hospitals, in eastern Democratic Republic of the Congo, are overloaded with patients because of violence between M23 rebels and government forces. Medical facilities report hundreds of injuries and dozens of rapes. In addition, refugees fleeing their homes have settled into overcrowded temporary camps. Cholera is a serious risk in these camps, and residents — especially children — are developing respiratory issues and diarrhea from unsanitary conditions. World Vision is working to meet urgent needs for food and clothing and is providing medical facilities with essential equipment. Ask God to bring peace to this strife-filled country so families can focus on life's essentials like food, health, and education for the children.

Dear Lord, the people of the Democratic Republic of the Congo have endured so much. Speak Your truth into the minds of everyone involved in this conflict. Turn their weapons into ploughshares so the people can return to their homes and the children can be children again.

Pray for those World Vision serves throughout Southern Africa.

Dear Lord, we imagine nothing makes You happier than to see one of Your precious little ones growing up strong and happy. Bless each child in Southern Africa. Be an ever-present help to their parents. And lift up the World Vision staff members who work to serve You by serving them.