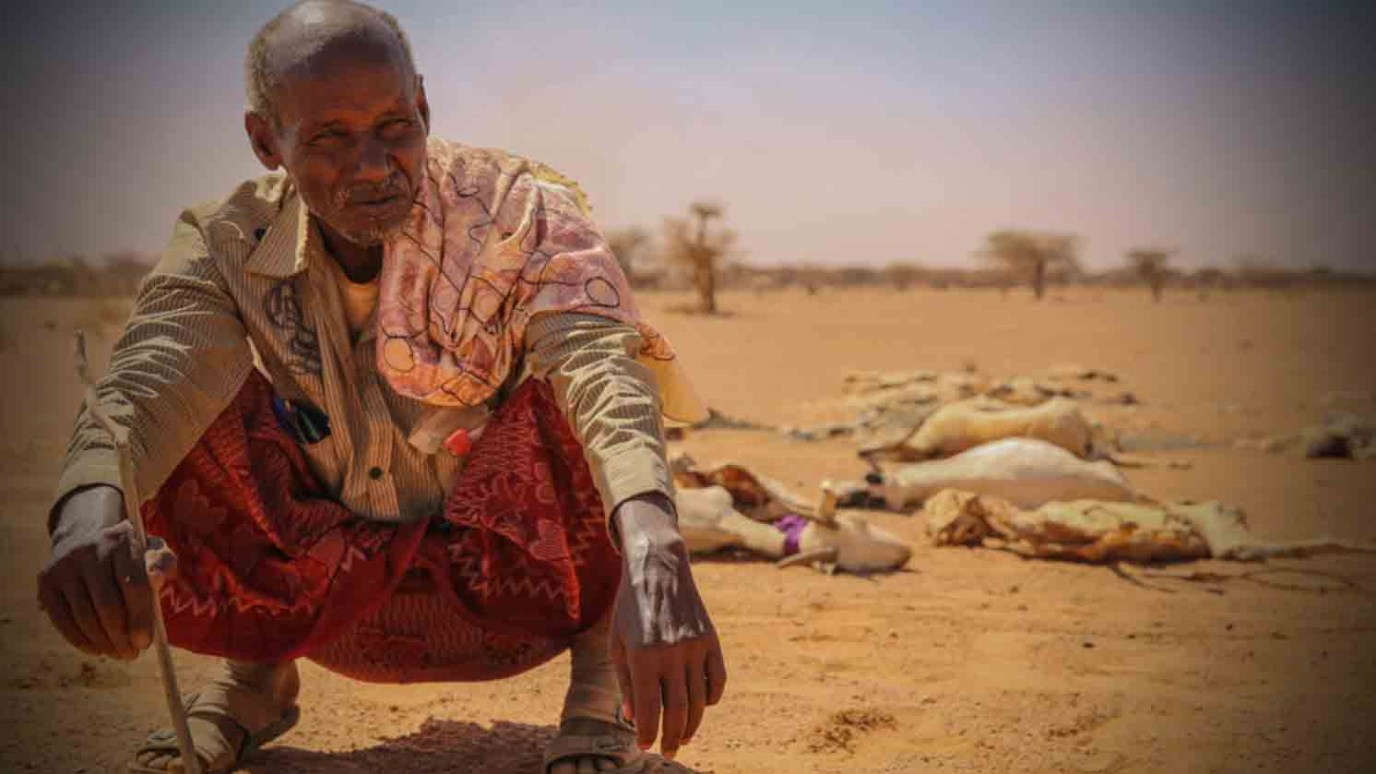 A herdsman in Somalia with carcasses of sheep he lost to drought. Somalia is experiencing a serious hunger crisis.

Just five years after drought and conflict killed an estimated 260,000 people, half of them children under age 5, once again 5 million Somalis need lifesaving aid. More than 1 million of them are experiencing severe food insecurity.

During the last two weeks of January 2017, nearly 57,000 people in seven regions benefited from World Vision assistance with health, nutrition, food, water, and sanitation. The recent election of Somali president Mohamed Abdullahi Mohamed is an encouraging sign of progress in a fragmented nation that hasn’t had a fully functioning national government in more than 30 years.