Controlled or Controlling? A Family Devotional 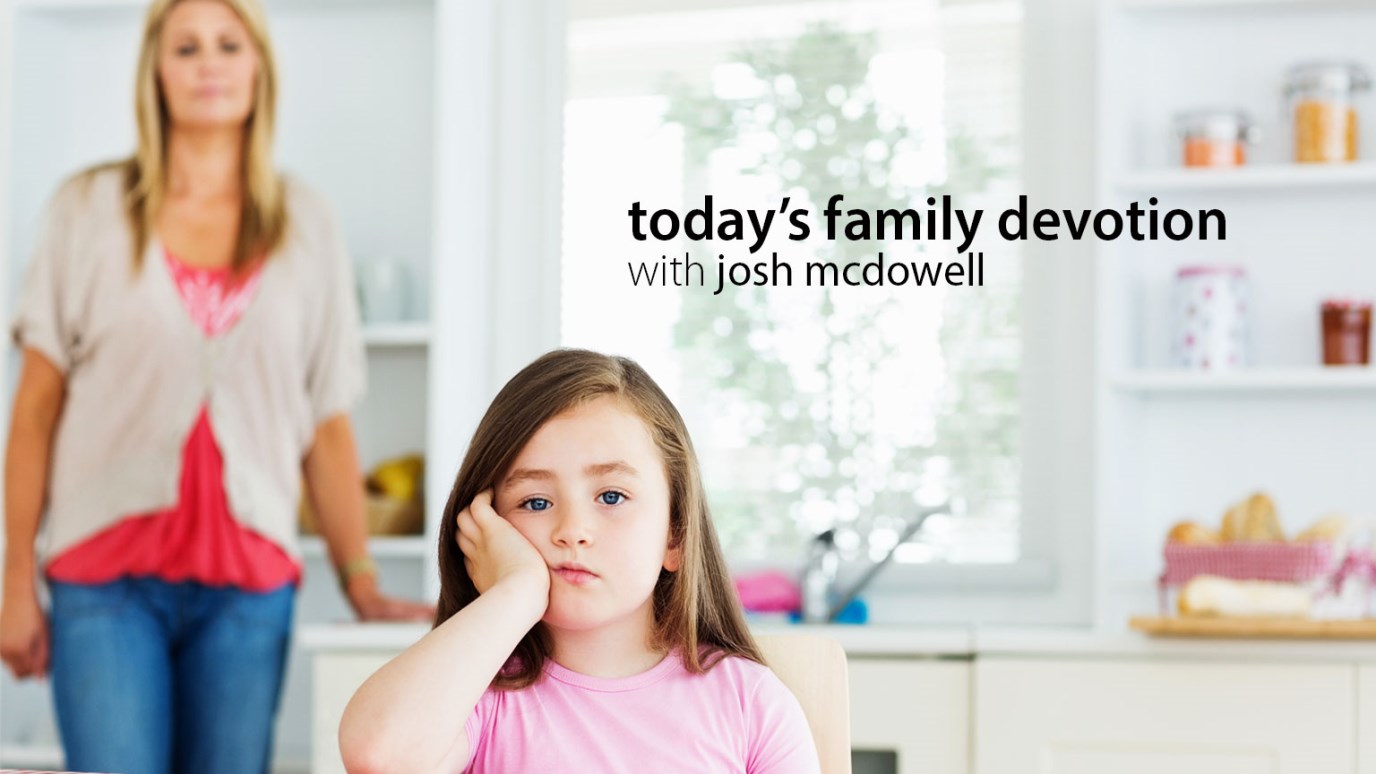 Self-control means learning how to control your temper and your desires.

Verse of the Day: Don’t sin by letting anger gain control over you. Think about it overnight and remain silent (Psalm 4:4).

Lori’s shrill scream pierced the air as she stomped her feet and crossed her arms defiantly. She stood beside the grocery-store vending machines. “I want some candy!”

“You can’t make me!” Lori answered.

Mom’s face flushed red, but she did not shout. “Stop. Stop right now. I’m going to take your hand and I’m going to walk you to the car. We’ll talk about this in the car.”

Lori didn’t argue. A few moments later, they sat in the car. Mom turned to Lori. “What did you think you were doing, young lady?” “I wanted some candy,” Lori said, as if Mom should understand. “I understand that,” Mom answered, “but it was wrong for you to throw a temper tantrum like that.”

“But I wanted some candy.” Lori’s voice had softened to a pleading whine. “I know,” Mom said. “It’s not wrong to want candy, but when you lost your temper and started shouting at me in the store, that’s what was wrong.” “It was?” Lori said. “Why?”

“Well, because,” Mom began, then paused. She had to think for a moment. “Because it’s disrespectful to me, and God says to honor your father and mother….” “Oh,” Lori said.

“But also because . . . when you throw a temper tantrum like that, you’re not showing very much self-control, and God wants you to learn self-control.” “What’s self-control?” Lori asked.

Mom sighed loudly. Sometimes it was hard to answer her daughter’s questions. “Self-control is, well, it’s controlling yourself. It’s learning how to control your temper, your desires, and things like that.”

“Like when you wanted to yell at me in the store, but you didn’t?” Lori asked. Mom’s eyes widened into an expression of surprise. “Well, yes,” she said. “I guess so. Like that.”

TO DISCUSS: Which do you think is better, to control your anger or to let your anger control you? Today’s Scripture says that losing control of your anger is sinful. Do you ever have a problem controlling your anger? How can you keep from doing wrong by letting anger gain control over you?

TO PRAY: “Father God, help us to be God-controlled, rather than anger-controlled.”

The Greatest Act of a Loving Parent
Brandon A. Cox